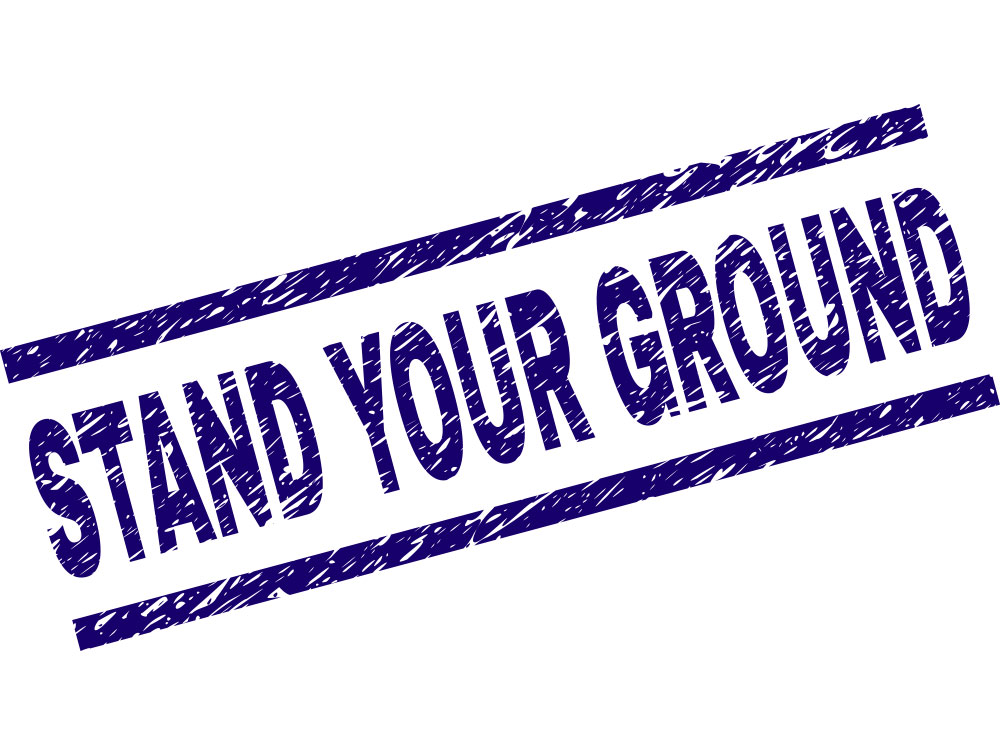 Where Do "Stand Your Ground" Laws Stand?

On March 3, Gov. Asa Hutchinson signed a “stand your ground” bill, adding Arkansas to the 28 states that now have the law.

The Arkansas legislature in January considered a stand your ground bill, but it got siderailed Feb. 2. Senate Bill 24 passed in the state Senate, but opposition in the Democrat-led House Judiciary Committee put a halt to progress.

The state House then passed the bill Feb. 24 and sent it to the governor, after a vote of 72-23, with one representative voting present, to pass the legislation. No Democrat voted for the bill, while three Republicans joined Democrats in voting against it.

The Republican governor signed the measure that removes the “duty to retreat” law and Arkansas was one of 15 states that did have the law. Had he not signed the bill, it would have become a law.

"While I have often said that there is no compelling need for this legislation, I'm persuaded by the changes that have been made since it was first introduced two years ago and the fact that law enforcement no longer opposes the bill," Hutchinson told reporters after signing the bill.

Technically Arkansas does not have a castle doctrine, and a good reference is Castle Doctrine in Arkansas (gunlaws101.com). For other states, see Castle Doctrine for a map that provides a quick overview of state laws for self-defense.

Arkansas’ “duty to retreat” law states that a person who is under an imminent threat of personal harm must make a reasonable effort to avoid confrontation, either by de-escalation or an attempt to leave the area in which the threat is occurring.

De-escalation definitely is the best option in any encounter, if that option is available. And deadly force certainly is the last option for defending oneself or another. Are there situations in which “retreat” may not work, or might endanger others? Certainly, and making quick and accurate decisions is what anyone who carries might face in a confrontation.

All of Arkansas’ border states have stand your ground. In January, Ohio’s GOP Gov. Mike DeWine signed legislation removing that state’s duty to retreat, but that change may be facing Democratic challenges. I travel in Ohio, so I try to keep on top of firearms laws there.

Some opponents of the Arkansas bill argued “that the state’s law (duty to retreat) already allows someone to use deadly force without retreating in certain circumstances, and questioned the need to take it up in the middle of the coronavirus pandemic.”

Additionally, a state senate legislator noted: “Nobody has been killed because they had to think twice before they killed somebody. So I ask you think twice...before you allow that to become easier.”

I do have to agree that deciding to use lethal force does warrant thinking, but is there a definition of how much time one has to make that decision? In law-enforcement situations, an officer may have only a second or less for such a decision. Does that timeframe also apply to civilian encounters? I would say, “Yes, it can.”

The combined time for a person to perceive a threat and react to it is known as the perception-reaction time. It is, of course, longer than reaction time alone, and generally ranges from .7 seconds to 1.5 seconds. I have written before about “the totality of circumstances” and “situational awareness” surrounding self defense and every situation has its own dynamics that affect decisions.

Stand your ground laws allow a person to use force if necessary if there is a threat of harm. Many self-defense laws state that a person that believes he or she is being threatened with personal injury has a duty to retreat. If there is a continued threat after leaving, the threatened person is permitted to use force to defend himself or herself. In stand your ground states, there is no duty to retreat.

In my July 23, 2020, Gun Talk article “A Grocery Coupon Changed My EDC Plans,” I described a “duty to retreat” situation I encountered in an Arkansas grocery-store parking lot. Fortunately I was able to de-escalate the situation verbally.

After my encounter, I asked myself if I did have to defend myself with my firearm, how could I prove I did everything possible to retreat? Without witnesses, my case could have been a prosecuting attorney’s golden goose for conviction.  This perhaps is why “duty to retreat” has the potential to create problems. I suppose the same could apply to stand your ground.

Missouri’s stand your ground law allows someone to use deadly force in self defense when threatened. When and if the Mark and Patricia McCloskey case in St. Louis comes to trial, stand your ground and castle doctrine (Missouri has both) may come into play for the defense.

The McCloskeys allege they were threatened at their home last July by protesters and were defending their property. A grand jury indicted the couple for “brandishing firearms” and “tampering with evidence.”

Missouri law under Mo. Rev. Stat. § 563.031 provides that if you reasonably believe that deadly force is necessary to protect yourself or another against death, serious physical injury, or any forcible felony, you’re justified in doing so from certain occupied locations.

For more information on the castle doctrine as it applies to Missouri, take a look at Castle Doctrine in Missouri (uslawshield.com).

Hopefully, Gun Talk readers will not have to deal with castle doctrine, duty to retreat or stand your ground. But expect the unexpected every day. Maintaining situational awareness is a must, especially if you carry. Knowing state firearms and self-defense laws where you live and where you travel is critical for your legal rights and safety.

“Situational awareness is the practice of gathering and assessing information provided by the environment and the people around you in order to detect possible or imminent threats, be they other people or not.

Research and be familiar with state laws where you live and travel, perhaps using some of the links in this article. If your state has a stand your ground law, appreciate that!

Mike Sampson
Mike now calls Northwestern Arkansas home, but has lived and worked in several states. He has been an independent contractor and consultant since 2006 specializing in risk management, emergency management and training. In addition to work as a law-enforcement planner and technical writer with the Boise, Idaho, Police Department, he has experience in journalism, crop and animal agriculture, dryland farming for 20 years in western Kansas, plant and animal diseases, pandemic influenza, agroterrorism, bioterrorism, food safety and healthcare marketing.