Hunting Nostalgia During This Holiday Season 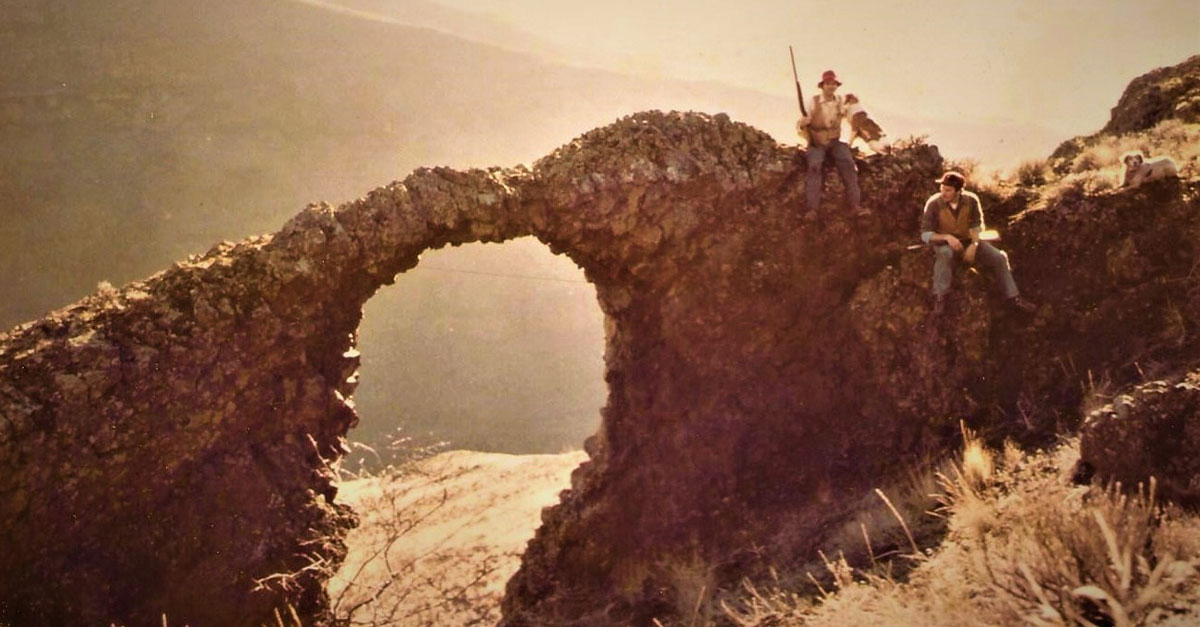 The definition of nostalgia is “a sentimental longing or wistful affection for the past, typically for a period or place with happy personal associations.” And yes, as we approach this holiday season, I suffer from, but enjoy, nostalgia.

I recently ran across a 1972 photo that certainly kindled such reminders of upland game hunting in Washington State when I lived there in 1970-74 and worked at Washington State University in Pullman. Working friends quickly gathered me into their bird-hunting group and the beginning of September brought mourning dove hunting, followed by pheasant, California quail with their topknots, chukar and Hungarian partridge, deer and elk.

Pullman is a short distance north of the steep basalt-rock breaks of the Snake River, surrounded by the rich hilly soft-wheat-growing farmlands of the volcanic-ash Palouse country. Arriving in Pullman, I brought an old Mossberg bolt-action Model 185D 20-gauge with a three-round detachable magazine and three screw-on chokes.

I also had a short-barreled Stevens 311 double-barrel 12-gauge, that I bought with the Mossberg for $20 each in 1966, when working behind a hardware-store gun counter in Columbia, MO, to help with university expenses.

The Stevens was pretty dismal for most upland game I discovered, but the Mossberg worked well. Then, as I came to enjoy bird hunting more, the Stevens became a 1971 trade at a Moscow, ID, hardware store on a new Savage Model 330 (made by Valmet in Finland) over and under in 20 gauge, with full and modified chokes. I had been reloading 20 gauge for several years with a Herter’s shotshell loader I bought new, so I had plenty of shells and components, and no need to move up to a 12.

The joy of hunting the breaks and farmland was that on one outing I would find quail, pheasant and partridge, and could enjoy watching the deer. In 1971 I also bought my first Brittany spaniel, encouraged by a friend who raised them out of a French breeding line.

My Brit was from California and local couple had bought her, but found she needed a lot more attention and exercise than they could offer. Fortunately, my hunting friend had two Brits that refined my youngster’s basics of upland pointing and retrieving.

To describe hunting the breaks of the Snake River is difficult without seeing and navigating the treacherous sharp basalt formations and elevation differences of some 2000 feet from top to the river. Those who have hunted chukar in the basalt know of which I speak as the birds prefer to run uphill and fly down. Sometimes they hold for a dog, but not always, so long shots downhill are the norm.

To say chukar hunting on the breaks is strenuous is an understatement and a day’s hunt meant miles of up and down, but had such rewarding scenery crafted by volcanic activity some 55 million years ago. And for dogs, multiply that mileage effort many times over. Carrying a canteen and dog water bowl qualified as must-have equipment, along with a hunting vest full of shells.

Bag limits in the 70s were generous with up to 10 chukars, three rooster pheasants and up to 10 quail. My friends and I typically would find all three kinds of birds, and occasionally the dogs would find Hungarian partridge at the top near farm ground.

Seeing that 1972 photo brought back memories of great outdoor adventures, plus finding a natural basalt arch along the breaks on a hunt. I would be hard-pressed to find that arch today, and several years ago my hunting friend described the structure to locals familiar with the area, but none had ever seen it.

Below the breaks we watched progress on the Lower Granite Dam, the fifth lower Snake River dam that created hydroelectric power and a viable river port for Lewiston, ID, which is just north of Hells Canyon, also a steep and scenic threshold I enjoyed via jetboat from Oxbow, OR. Dam construction began in 1965 and completed in 1975. There now is effort to breach dams along the Snake and Columbia rivers.

I left Pullman in 1974 for Kansas, presenting another nostalgia-creating event with amateur gunsmithing. The Savage suffered a cracked wrist when I fell in the snow hunting late-season pheasants on my western Kansas farm ground in early 1979. I decided to attempt the repairs myself, having already built a Thompson/Center .50 percussion from a kit in 1975 and was happy with the results.

Two months later I went to Warsaw, MO, and hand-selected a semi-inletted walnut Valmet stock from then-operating Reinhart Fajen. By the opening of the next bird season, the 330 had a new stock I fitted and finished, although a bit darker than the original. Yet another unforgettable snapshot in my mind.

Looking back, I still have the 330 Savage, my Redhead shell vest, a long-lasting friendship with my hunting companion who now lives in Kansas, a few photos and recollections that only get better with age. Unfortunately, the dogs are gone but live on lovingly in my memories.

Enjoy and cherish your nostalgic moments as you approach this holiday season. Stay safe, be prepared. ~ Mike

He has a journalism degree from the University of Missouri and has newspaper and agency writing and editing experience. At Washington State University in Pullman, he earned a master’s degree emphasizing adult education and communications. He also worked as an outfitter’s guide.