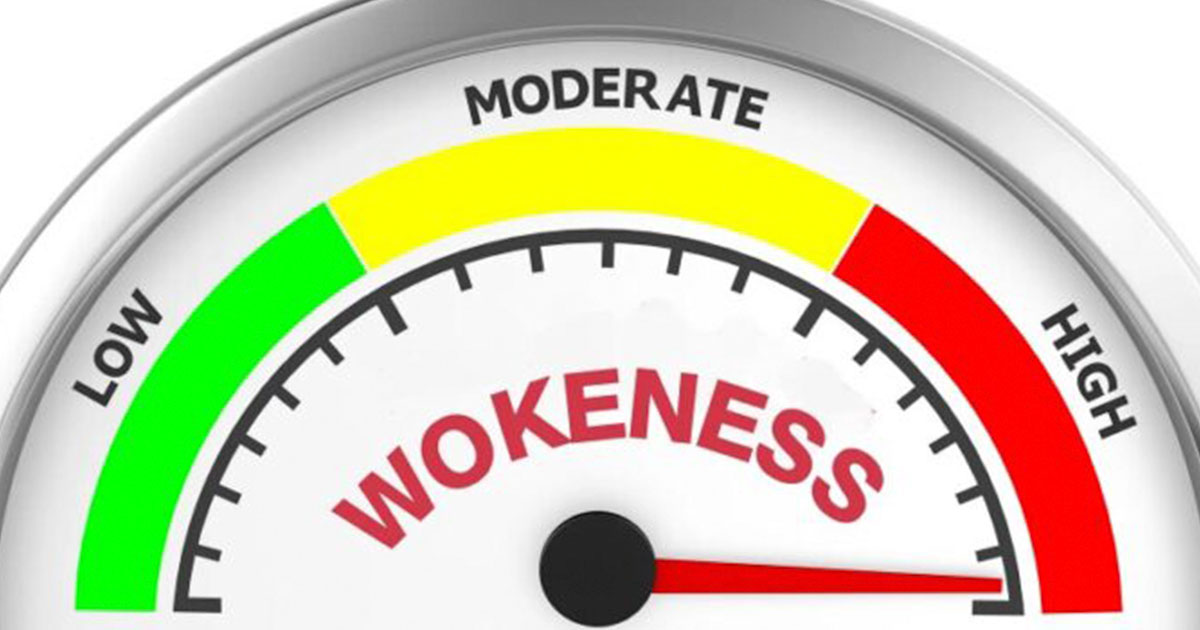 I’ve spent much of my career working for and with government agencies. Despite that, I certainly do not consider myself a bureaucrat, but I’ve experienced bureaucracy, and it’s increasing.

On the “woke” and social-justice fronts today, and in bureaucratic government, we often hear about diversity, equity and inclusion. So what do those terms mean? And do they affect gun owners? I would say yes, but not in a positive way.

“A state of awareness only achieved by those dumb enough to find injustice in everything except their own behavior.”

Some sources say: “Diversity is the presence of differences within a given setting. Equity is the process of ensuring that processes and programs are impartial, fair and provide equal possible outcomes for every individual. Inclusion is the practice of ensuring that people feel a sense of belonging.”

The Merriam-Webster dictionary also defines equity as, “fairness and justice in the way people are treated.” As a firearms owner, I truly do not believe I am seeing diversity, equity and inclusion with ongoing movements to thwart my Constitutional rights.

An article in American Thinker goes further and explains:

“You will hear these three words uttered almost anywhere you go today.  You hear left-wing media pundits and talking heads bloviate endlessly about these ideas on television.  You hear major national and international corporations put out slogans like, ‘we are seeking to strengthen our business through equity, diversity, and inclusion.’”

We also see and hear these three words incorporated into legislative bills, in the mission statement of colleges and universities, advertising, and we hear politicians proclaim a better society if we all adhere to diversity, equity and inclusion.

Woke businesses such as Disney, Coca-Cola, American Express, Bank of America, Lowe’s and Pfizer have jumped on this platform too with mandatory employee training. Topics included promoting critical race theory claiming that America is systemically and institutionally racist, and getting “woke at work.”

This all may sound like a worthwhile endeavor, but I ask if these three words and the woke movement apply to firearms owners, ammo purchasers, CCW licensees and those of us who believe in the Bill of Rights and the Second Amendment? Based on what I now see, read and hear, I would say “No!”

Being a conservative, I see these three words as casting a spell of dissention that has derailed our country, and has tainted large businesses and our educational system, and even bills passed in Congress.

Treating people fairly, seeking to diversify our views and including those views in productive discussion really cannot be a point of argument. But is the case with the current political and social agenda regarding firearms?

My views on the Second Amendment certainly don’t square with current woke thinking. Unfortunately, legislative agendas seem to think “equity” translates to “equality” to create similar outcomes for the many. In my book, today’s firearms owners are not treated fairly and with impartiality.

My views on using open borders and unbridled spending and taxation to create diversity, equity and inclusion also do not square with those of many current “lawmakers.”

An article in The National Interest reported a nice trend for firearms owners and said, “Gun ownership among minorities and women had already been on the increase in recent years, but accelerated even further in 2020 and 2021.”

“Many liberals like to tout how the United States of America is becoming more diverse, yet many of the same people would argue that supporters of the Second Amendment tend to be gray-haired white males. But gun sales are now surging among new demographics. Firearm purchases by African Americans and Latinos increased significantly in 2020, and minorities continued to buy guns at a record pace in 2021 as well.”

Consider however Joy Behar’s words on ABC’s The View as she recently suggested that loose gun laws rapidly would change "once Black people get guns in this country." Now there’s a woke push for diversity, equity and inclusion that already exists.

The National Shooting Sports Foundation (NSSF), a firearms industry lobby group, also reported that African-Americans have made up the largest segment of new buyers. According to NSSF data, ownership of firearms among black Americans increased 58.2 percent through the first six months of 2020, and the numbers remained steady in 2021 – outpacing every other demographic.

This is the kind of diversity, equity and inclusion I like to see. Perhaps the surge in crime and lax treatment of criminals is redefining these three words for some of us. The recent recall of a woke soft-on-crime San Francisco district attorney hopefully sends a message to liberals.

Watch where diversity, equity and inclusion are leading the USA. In particular understand how interpretation of those three words may misdirect future firearms and ammo legislation, and our Constitutional rights as well.

Also, Oregon now is the only state with a gun safety initiative underway for the November election. The Oregon initiative would require anyone wanting to get a firearm to obtain a permit after completing safety training, passing a criminal background check and meeting other requirements.

I’m all for firearms safety and possibly training, but what are the “other requirements?” And won’t “obtaining a permit” require firearms registration?

On June 9, the U.S. House approved a red flag gun bill. The bill would allow families, police and others to ask federal courts to order the removal of firearms from people at risk of harming themselves or others. I wonder if gun-owner victims of this bill will receive the diversity, equity and inclusion of due process other Americans reportedly enjoy?

Should we not apply diversity, equity and inclusion to all, rather than demonizing firearms and their owners? This might be a question for you to take to the November mid-terms.

And pay attention to the U.S. Senate’s new bipartisan proposed firearms “framework” too.

Being complacent and letting others, for their sake of being woke, determine our rights and make laws, is not allowing us to Stay safe, be prepared. ~ Mike