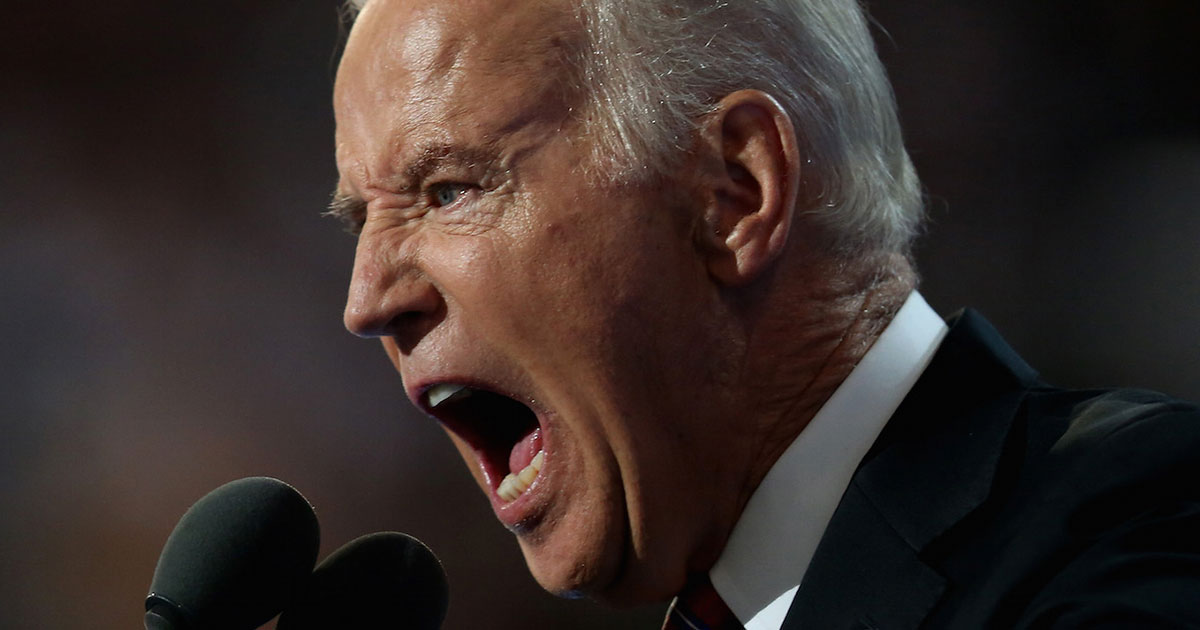 Pushing toward another campaign promise, on Aug 25 Pres. Biden said that Americans should not vote for any midterm candidate who does not support the assault weapon ban.

Fox News reported that during a rally for a Maryland gubernatorial candidate, Biden told the crowd of supporters that he is going to ban assault weapons, and then proceeded to tell the crowd not to vote for individuals who would not support the ban.

"This November, you have to ask every candidate, are you for banning assault weapons or not? And if you're not, we're not going to vote for you. Period," Biden said in his speech. His campaign platform featured “The Biden Plan to End Our Gun Violence Epidemic” in which he called for severe firearms laws and restricting our rights.

His gun-control speech came shortly after he announced forgiveness of billions of dollars in student loans, sticking taxpayers with the payback.

An “assault weapon” ban passed in the House of Representatives in July on a 217-213 vote, following the Democrats’ push for a ban on semi-automatic weapons after recent mass shootings in Uvalde, Texas, and Buffalo, New York. The bill was sent to the Senate, and has not received a vote.

In his speech, Biden also fired shots at the Republican Party, calling them "semi-fascist" and claiming that "The MAGA Republicans don’t just threaten our personal rights and economic security. They’re a threat to our very democracy. They refuse to accept the will of the people. They embrace — embrace — political violence. They don’t believe in democracy."

Pardon me, but forcing me to pay off student loans that I did not incur, via presidential directive, is not the will of the people and I definitely had no voice. And anyone recall the “peaceful demonstrations” in 2020 in Democrat-led cities as being non-violent?

Also, do Gun Talk readers remember Biden’s inauguration pledge to create “unity,” that became abandon bipartisanship “for the ram it through radicalism approach?” I certainly do not see or benefit from that “unity.”

During a Sept. 1 “non-political” speech in front of red-lighted Independence Hall in Philadelphia, flanked by U.S. Marine guards, an angry Biden sure clarified his definition of unity.

Biden said in his “soul of the nation” speech that Donald Trump and his 74 million supporters “represent an extremism that threatens the very foundation of our republic.” He added that because of “MAGA Republicans,” we now face an “assault” on “equality and democracy.”

I am a Republican, voted twice for Trump, and still believe that MAGA (Make America Great Again) is a worthwhile deal. Biden’s speech added me to the national threat list.

I might ask how many Gun Talk readers are a threat as well? Any of you see unity in America? Sadly, I see only worsening division.

And to make matters worse, I own firearms and carry one daily, so I surely am “a threat to our very democracy,” and by Biden’s definition a “semi-fascist” as well. This must be the “soul of the nation,” distressing as it is. So be it.

I’ve not seen any pluses from Biden’s Build Back Better Plan either.

However, I’m not convinced. Democrat’s nonpartisan legislation and challenges to our rights says elements of the plan are still alive.

In other news, the Associated Press reported a recent survey on firearms that found:

Most U.S. adults want to see gun laws made stricter and think gun violence is increasing nationwide, according to a new poll that finds broad public support for a variety of gun restrictions, including many that are supported by majorities of Republicans and gun owners.

The poll by the University of Chicago Harris School of Public Policy and The Associated Press-NORC Center for Public Affairs Research shows 71% of Americans say gun laws should be stricter, including about half of Republicans, the vast majority of Democrats and a majority of those in gun-owning households.

The poll of 1,373 adults said 59% favor a ban on the sale of AR-15 rifles and similar semiautomatic weapons, with Democrats more likely to support that policy than Republicans, 83% vs. 35%.

Interesting too is that 60% of those surveyed said it’s very important to ensure that people can own guns for personal protection. No doubt some candidates will cherry pick survey information during campaigns.

To be expected from any left-leaning poll, there was no question about demanding “accountability” from criminals and lax prosecutors.

As I have written in numerous Gun Talk articles, firearms owners have little recourse other than voting the antigunners out of office. We also must prevent all three branches of federal government from falling under Democrats’ control. Unfortunately that almost is the case now, except for the 50-50 U.S. Senate. Local and state elections are vital too.

Beware of the “lamestream media” and get your decision-making news from a variety of sources.

And what happened to the Republicans’ 1994 Contract with America that called “to restore the bonds of trust between the people and their elected representatives?”

As we approach the November midterms, I’ve not seen much from Republicans addressing key issues. I daily get Republican solicitations for donations, but where are the plans to restore the America I remember and embraced? Asking candidates about the “assault weapons” ban might indeed be a good question too.

Solicitation requests do not answer my concerns with Biden’s campaign promises and threatening speeches. I’m still waiting to hear how midterm candidates will help us Stay safe, be prepared. ~ Mike