Just 'Deal With It!' 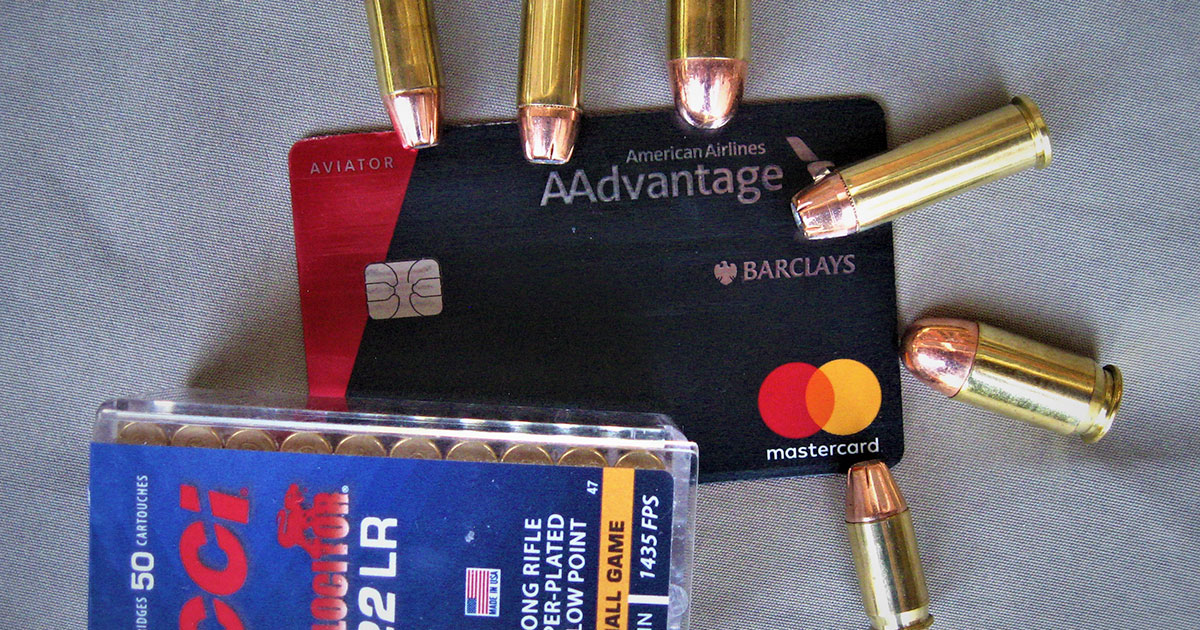 Gun Talk readers are all too aware of how some states are imposing more Draconian laws about firearms ownership and use.

In my July 13 article on “Some Gun Control Predictions Do Come True,” I described how New York, California and other liberal states are enacting hurried legislation that borders on tyranny.

So how do firearms owners respond? Challenging local, state and federal laws can be a frustrating process and often needs a steady infusion of dollars. In the meantime, those affected may have to just deal with it.

And if you thought things were bad now, read on.

Reuters reported the International Organization for Standardization (ISO) voted in favor of creating a merchant code for firearms stores.

“Today’s announcement is a critical first step towards giving banks and credit card companies the tools they need to recognize dangerous firearm purchasing trends – like a domestic extremist building up an arsenal – and report them to law enforcement,” he said.

And on Sept. 10, Associated Press reported:

“Payment processor Visa Inc. said that it plans to start separately categorizing sales at gun shops, a major win for gun control advocates who say it will help better track suspicious surges of gun sales that could be a prelude to a mass shooting.”

“It joins Mastercard and American Express, which also said they plan to move forward with categorizing gun shop sales.”

This is not welcome news, but to be expected in today’s antigun political climate. As Gun Talk readers already know, many of us already may be in the “extremist” category simply by owning firearms. Check my Sept. 7 Gun Talk article on that topic.

Any Gun Talk readers buy firearms and ammo with a credit card? I certainly have. And could this be yet another registration scheme?

Until now, most credit card companies did not track ammo and firearms purchases, but some did. A law demanding information on such “suspicious purchases” is a great way to stifle buyers, including me.

So why is this happening? The simple answer is “because it can” as part of efforts to curtail firearms ownership. Too bad that is becoming the price to pay for living in a society driven by liberal beliefs and the “gun-control” agenda.

Credit card companies track spending based on the type of retailer where a card is used — though they do not track the individual items that are purchased. Retailers tag each purchase with what’s called a merchant category code, with the master list set by the ISO.

Financial institutions already notify the government of suspicious activity such as money laundering or funding of terrorism. New York wants companies to code gun stores separate from other stores, supposedly to facilitate tracking of “suspicious purchases.”

Driving some of this effort, a group of lawmakers led by Sen. Elizabeth Warren and Rep. Madeleine Dean (Democrats of course) sent letters to American Express, Visa and Mastercard on Sept. 1, asking each company for their current stance on the code's creation.

They further inquired about the role each credit card company had in "supporting, opposing, or delaying" the process as industry representatives on the standards organization committee that review applications for new merchant category codes.

"This approval is an important step towards improving coordination with law enforcement and preventing gun violence," Sen. Warren told CBS News in a statement. "In order for this new merchant code to be maximally effective, every financial institution and payment system needs to step up and put it to use.”

And for more bad news, in New York, anyone now carrying a firearm is presumed to be doing so illegally. Bearing Arms also reported a state of New York law requires dealers to record information about any ammo purchases. That includes not just the customer’s name, address, date of birth and type and quantity of ammunition, but also their occupation.

We’d like to believe we have choices regarding where we live, work, what we do, how we raise our children and prepare our futures. Unfortunately, inflation and “progressive” agendas work against us.

While some Gun Talk readers may have to just deal with it concerning specific firearms restrictions, all of us soon may. Rest assured things will get worse for firearms owners unless our legislators decide to help us fight this battle.

With increasing attacks on our rights and privacy, continued pressure on appointed and elected officials may be the only avenue to help us Stay safe, be prepared. ~ Mike