Accountability...What is Going On With Kids and Guns? 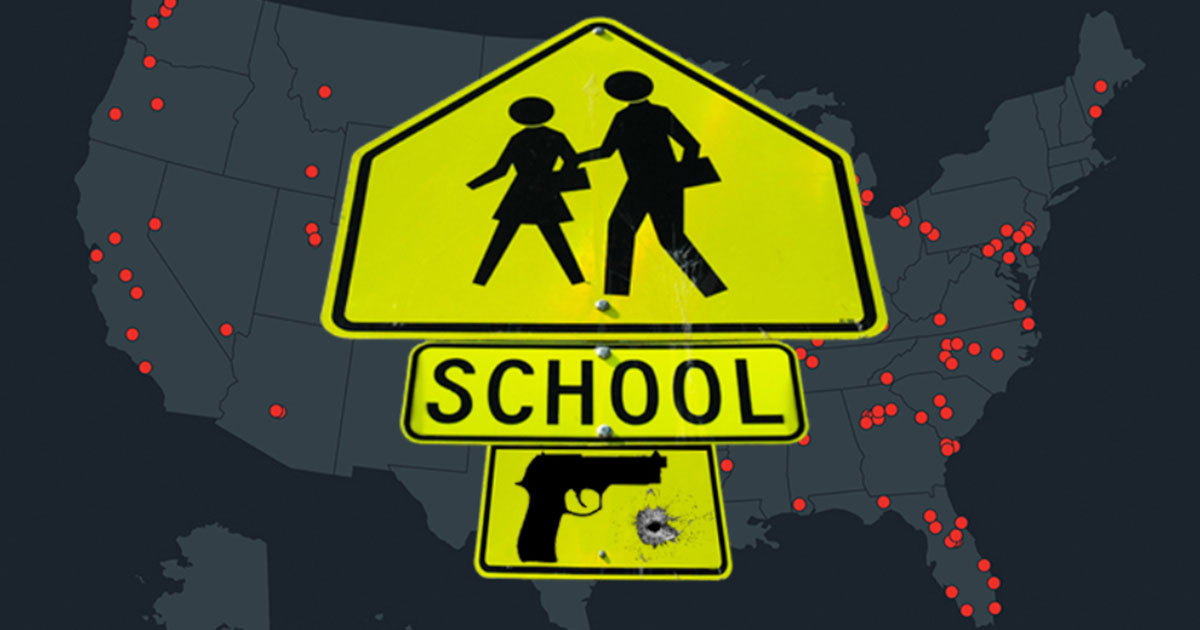 What is happening in America? Reports show schools too often were the scenes of shootings in 2021.

The Washington Post reported on school shootings the end of December that: “In total, about 34,000 students were exposed to gun violence in 2021, bringing the tally since the Columbine High massacre to more than 285,000.

It’s impossible to know with certainty what’s driven the surge in incidents, though researchers have speculated that a spike in gun sales, soaring rates of overall violence, the pandemic and the chaos of the past year all played some role.”

“On November 30, 2021, a mass shooting occurred at Oxford High School in Oxford Township, MI. Four students were killed and seven people were injured, including a teacher. Authorities arrested and charged 15-year-old sophomore Ethan Crumbley as an adult for 24 crimes, including murder and terrorism. Crumbley's parents, Jennifer and James Crumbley, were charged on December 3 with involuntary manslaughter for failing to secure the handgun used in the shooting. After failing to appear for their arraignment, the parents were the subjects of a manhunt by the U.S. Marshals; they were caught and arrested in Detroit on December 4.”

Alone, school shootings are bad enough, but consider how many youth are killed or injured by gunfire each year in other settings. We have only to look at ongoing gun violence in Chicago as reported by the Chicago Sun-Times.

“In 2021, 57 Chicago school-aged children died from gun violence, compared with 49 in 2020, as the Sun-Times reported recently. Also in 2020, dozens of 18-year-olds, some recent graduates and others still in school, were gun violence victims. Undoubtedly, students all across Chicago are coping with trauma caused by gun violence, which has been made worse by the ongoing threat of COVID-19 and school disruptions caused by the pandemic.”

For history buffs, Wikipedia compiled a revealing and interesting multipage chronological list (check the link to see the numerous totals) of school shootings in the United States from 2000 that includes any school shootings that occurred at a K-12 public or private school, as well as at colleges and universities and on school buses.

Bearing Arms also reported that a 14-year-old shot and killed three teens at a convenience store in Texas in December. Added to this tragedy is that police believe:

“The alleged gunman, described as just over 5-feet tall and 125 pounds, made his getaway after the killings in a Dodge Ram driven by his father, Richard Acosta, who police said previously turned himself in. Richard Acosta, 33, faces capital murder charges and is being held on a $1 million bond.”

There is no validity in a parent helping his or her child commit a crime, so where is parental accountability and responsibility in this particularly violent case? Although more information will evolve, what would prompt a parent to allow a teen to gain access to a firearm, and then aid his getaway from alleged murders?

The Oxford, MS, incident with Ethan Crumbley’s parents raises similar questions, does it not?

And in July 2021, my article on Accountability and Responsibility considered why firearms owners have increased responsibilities for and with their firearms, while others may not embrace those duties.

Again, I ask where is accountability and responsibility, particularly with parents who may permit their children access to and relying on guns to deal with issues?

Although schools are the focus of this article, we also routinely see and hear reports of random firearms violence involving youth, road rage and drive-by shootings causing needless injury and loss of life throughout the United States.

On Jan. 3 this year, the Kansas City Star reported that 25 children were killed during 2021 in the Kansas City metro area that includes parts of Missouri and Kansas. “The victims ranged in age from 4 months to 17 years old. All but two were shot.”

Although I can only speculate, perhaps President Lyndon Johnson’s move to create the Great Society, beginning in 1964, helped stimulate the belief that government and its entities will care for all of us with “societal reform.” Perhaps a portion of that belief mistakenly may absolve some parents of their duties to raise responsible and accountable children.

And as we move even closer toward socialism with the “Progressive” legislative agenda, one can only wonder and worry about the future of our nation, our children and whether common sense can prevail.

As an example, look at a recent proposed Washington State legislative effort as Bearing Arms reported:

A pair of Washington State legislators introduced a bill to reduce the criminal penalties for murders committed in drive-by shootings. Eleventh District Rep. David Hackney and 23rd District Rep. Tarra Simmons (a convicted felon who served 20 months for drug use) introduced the House Bill 1692 in the Washington Assembly.

The legislators claim the bill will promote “racial equity in the criminal justice system.”

As we have been seeing, race enters into almost every discussion today, and apparently now is a tool to reduce legal consequences for committing a crime.

Given the increasing scope of violence today and liberal efforts to undermine legal standards, we must focus more effort and understanding of how “societal reform,” and the push to reduce accountability and responsibility, may affect our ability to Stay safe, be prepared. ~ Mike