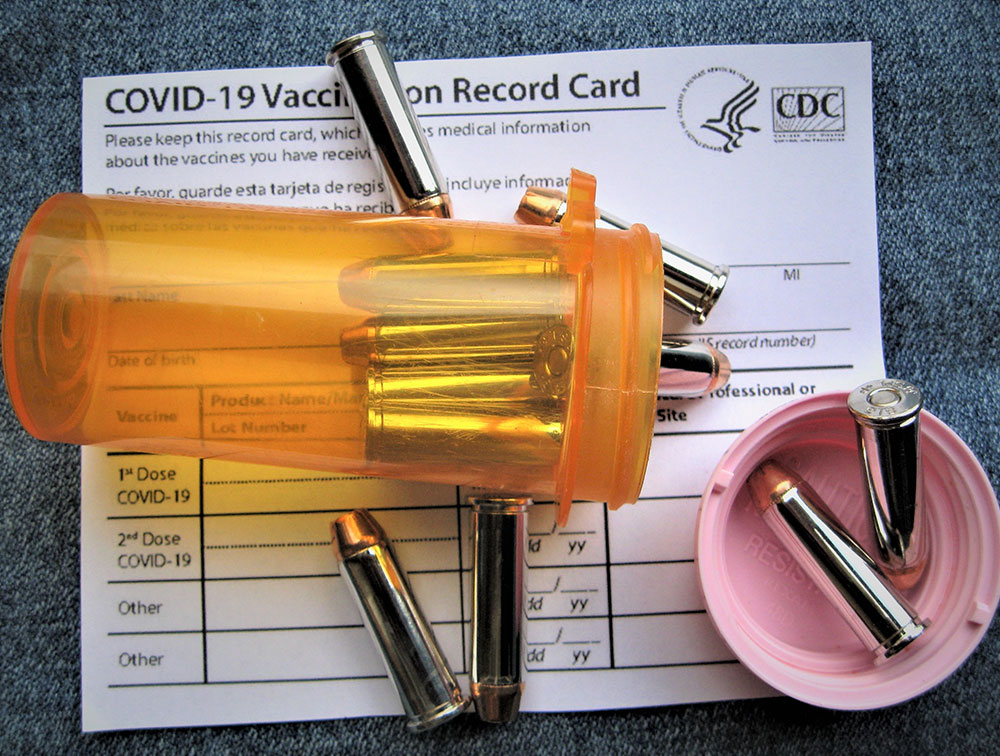 Having worked in healthcare and public health, along with law enforcement, off and on for nearly 35 years, I find it interesting that in today’s politically charged society, there is renewed interest in possibly using public health as a potential way to restrict our Second Amendment rights.

In August, the U.S. Centers for Disease Control and Prevention (CDC) labeled gun violence as a "serious public health threat. Something has to be done about this," CDC Director Dr. Rochelle Walensky said in an exclusive interview with CNN. "Now is the time -- it's pedal to the metal time."

Coupled with that are millions of dollars being allocated for research into the causes and effects of gun violence. This is nothing new for CDC as such efforts have been ongoing since for nearly three decades. In fact, Congress cut such funding in 1997 with help from the National Rifle Association.

In April, President Joe Biden said the country was facing "a gun violence public health epidemic," but the CDC hasn't said how it plans to address the epidemic until recently.

"I swore to the President and to this country that I would protect your health. This is clearly one of those moments, one of those issues that is harming America's health," Walensky said in August. CDC’s promotion of such studies is not new.

Do I believe the CDC’s approach is not politically motivated? Of course not. I do think it’s fair to say that gun violence indeed is a problem, and as we know, firearms suicides are an issue.

Hopefully though, the funded research will look at the causes and solutions, and not use political leanings as a springboard for restrictions on the ability to keep and use firearms.

As an October Ammoland article pointed out:

“One stunning revelation in the FBI Uniform Crime Report for 2020 is that armed private citizens fatally shot more criminals during the commission of felonies than police, a fact that seems to be avoided by the establishment media.”

“According to the FBI’s expanded homicide data for 2020, law enforcement used firearms 298 times in fatal line-of-duty shootings, while private citizens killed 343 suspected felons ‘during the commission of a felony’.”

Yes, all of this probably fits into what some might call “gun violence” but when a firearm is used to protect life, is “gun violence” to be condemned? Perhaps for some people, including too many of our alleged “lawmakers” in Congress, this is the case.

However, based on my personal observations, we perhaps have another problem at hand that has grown out of the Covid-19 pandemic. To put a name on it, I’m calling the problem “Covid frustration.”

Many people are fed up with increased restrictions on individual rights, government mandates and an overwhelming amount of misinformation on all fronts, including from the CDC. And now the feds want to know everything about our bank accounts and transactions more than $600. Anyone see a problem there?

The soaring crime rate, increased violence of all kinds, calls to defund the police, reduced or no bail, acceptance of property destruction and “peaceful” rioting as a norm, assaults on our liberties, open borders and what we see daily even when driving, too many are fed up and take out their frustration in any number of ways.

People today are more impatient, have thrown common courtesy and respect for others’ rights into the trash, and there is more of the “It’s all about me” mentality nowadays.

Could this Covid-19 frustration lead to more gun violence as well? Probably so, and no doubt has increased the level of frustration perhaps creating more violence. I’m not a sociologist, so what I offer only is personal opinion and observational experience. I do know that when I am out and about, my Cooper’s color code level is higher than it was even two years ago. I’m now on the upper end of yellow instead of lower or middle.

Indications are Covid-19 will be with us, perhaps forever, but sensing Covid-19 frustration and political agendas will be an ongoing effort and need. Keep tabs on what government is doing, contact your legislators on issues important to you, be diligent to preserve our Constitutional rights and consider your news sources and biases.

With this in mind, my plans are to Stay safe, be prepared. How about you? ~ Mike