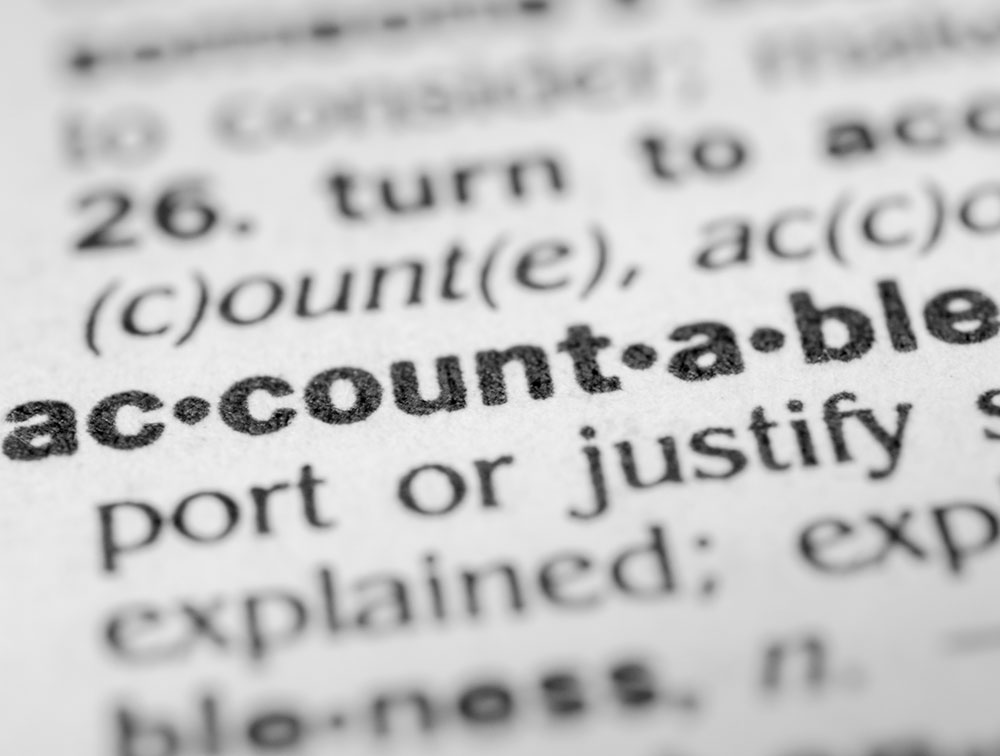 Obviously, accountability and responsibility are linked, and if we look further at “responsible,” we find that word means “able to answer for one's conduct and obligations: trustworthy; b: able to choose for oneself between right and wrong.”

For firearms owners, and especially those of us who carry, we indeed are accountable and have responsibility to ourselves, our loved ones, our society and our laws. Conversely, we in turn need to inquire if the government and others have accountability and responsibility to us.

Based on the current political and social climate with surging crime, my answer would be “no.”

Noting the Biden administration’s anti-Second-Amendment stance and pushing the nomination of David Chipman as director of the BATFE with his stalwart opposition to and disregard for the Second Amendment, firearms owners face trouble. With this nomination, is the federal government showing accountability and responsibility to US citizens, firearms owners, and to the Constitution and Bill of Rights?

Going a bit further, the ongoing antigun and anti-Second Amendment actions in Congress, particularly the House of Representatives, are concerning. So a question is “accountability and responsible to and for whom?” Perhaps with today’s government on many levels, the word “fubar” comes to mind for those with a military background.

When your elected officials are not in synch with your ideas and beliefs, where is accountability and responsibility to voters, or does that concept even exist now? And short of voting them out of office, what are you to do? That answer I don’t have.

There is no doubt violence is part of our lives, and a look at homicides, shootings and mayhem in cities such as Chicago, Detroit, St. Louis, New York City and others confirms that. But what is being done to address the cause?

New York Gov. Andrew Cuomo announced a plan, but I sure did not see “accountability and responsibility” addressed. As usual, a solution to any problem, whether real or created for political gains, is government throwing taxpayer money at it. Cuomo called for $139 million.

As crime and violence seem to increase, where is accountability and responsibility with assaults on citizens and law enforcement, looting, property destruction, drive-by shootings, theft and other actions that defy reason and law?

As firearms owners, we are obliged to choose between right and wrong and to answer for our conduct. We avoid confrontation and deploy a firearm defensively only as a last resort. But why should our government leadership blame lawful firearms owners for the increase in crime?

Perhaps another question to ask is: How do people learn to be accountable and responsible?

For me, I learned those two attributes at home, in school, through social interaction, through work, obeying laws and being a productive member of society. In seeing what is happening locally, both nationally and internationally, and politically as well, accountability and responsibility apparently have fallen away. They are not the norm today.

The punishment today, if any, often does not fit the crime. Our “justice system” seemingly protects the perpetrator rather than the victim and is a revolving door for putting wrongdoers back into society.

Sadly the norm today appears to be “let someone else take care of it” or “let the government take care of me” or “it’s not my fault.” This certainly is not my philosophy.

If an individual honestly believes law enforcement can respond immediately, believes the government has your best interests in its plans, or believes a person is not responsible and accountable for his or her actions, that individual is not connected to reality.

Take a look at my March 23 article Thinking of Carrying a Firearm? How Do I Decide? | Gun Talk for some more thoughts on why we as firearms owners and carriers have accountability and responsibility.

While we firearms owners and carriers stress accountability and responsibility, we need to expect and demand this standard from our government as well.

Those of us who carry do and must have a higher level of accountability and responsibility, simply because we have lethal force with us as we choose to Stay safe, be prepared. ~ Mike

Mike now calls Northwestern Arkansas home, but has lived and worked in several states and internationally. He has been an independent contractor and consultant since 2006 specializing in risk management, emergency management and training, worked as a law-enforcement planner and technical writer with the Boise, Idaho, Police Department, and also worked as an outfitter’s guide.