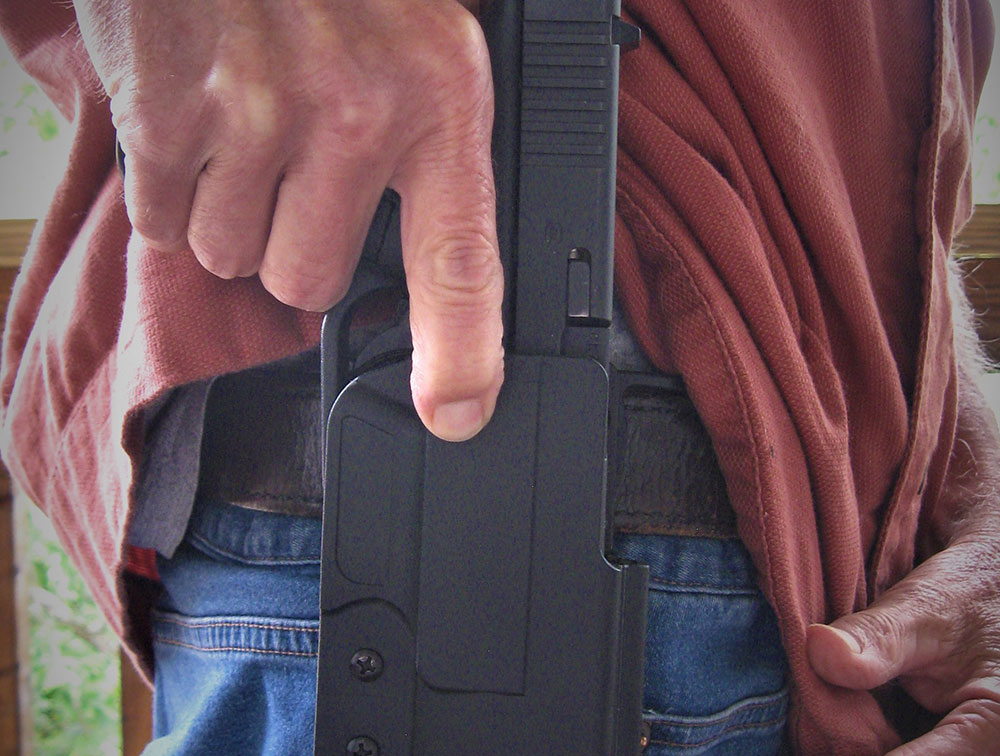 Thinking of Carrying a Firearm? How Do I Decide?

By the end of 2020, some 5 million Americans became first-time firearm owners. The reasons are many but reading and watching the news and politics no doubt were factors.

Unrest in America calls for defunding the police, attacks on the Second Amendment, and piling restrictions on gun purchases and ownership tend to weigh heavily nowadays. With all these new firearms owners, how many of them plan to carry a weapon regularly, and how does one decide to do so?

Obviously, personal protection is a driving factor, but simply carrying a firearm, often a pistol or revolver, does not protect you. You need knowledge on a number of topics. They include an understanding of laws on firearms where you live and travel, the familiarity of how to carry and use a firearm, ammunition choice, weapon care, deciding to get training and were, and the possibility of facing legal consequences of using a firearm for defense.

Commonly referred to as a concealed carry weapon (CCW), this generally means that you have a gun hidden on you somewhere. In the United States, depending on the state and some federal laws, you can have a gun legally for self-defense purposes under the Second Amendment (Constitutional right to keep and bear arms).

Some states allow “open carry,” and there are many supporters for that concept, as seen often in the news. I personally prefer that no one can see that I am armed, as that gives me a distinct advantage if a threatening encounter takes place, and I have had that happen.

When asked for my CCW advice, my elementary question is: “Can you take another person’s life?” If the answer is “No,” then do not carry a lethal weapon. I reason that if you decide another person’s ability and efforts to make you a victim is more important than halting that person’s ability to harm you, you’ve already been defeated. And if you draw a firearm, be ready to use it, or it could be used against you by an attacker. Killing is not the goal, but stopping and neutralizing a threat is.

Granted, not every situation involving firearms deployment means inflicting death. Statistics reveal that “Guns prevent an estimated 2.5 million crimes a year, or 6,849 every day. Most often, the gun is never fired, and no blood (including the criminals) is shed.” Keep in mind. However, there may be an occasion when lethal force, such as firing a weapon, is the only and final defense option. You have to believe you can take another’s life to preserve yours, so once again, the deciding question on CCW is, “Can you do that?”

If you decide to be in the CCW world, there are excellent sources of information and choices of weapons that can fit your hand, budget, and needs. An excellent place to start is the U.S. Concealed Carry Association (USCCA) with a beginner’s guide at A Beginner’s Checklist for New Gun Owners | USCCA (usconcealedcarry.com). There, one can find tips on choosing a firearm, safe handling, ammunition selection, CCW instruction, and traveling with a CCW.

To help your choices, talk to friends, go to a firearms dealer, do Internet research, and shoot some firearms to see what you like if you can find a place to do so. Small firearms and large calibers may have too much recoil for some users, but ammunition choice is essential. A weapon that is too large for comfortable carry probably will not see regular use. Have a quality holster too.

One of the most critical considerations for CCW is knowing laws surrounding firearms possession and use. USCCA has solid information, as does Handgunlaw.us, with excellent maps of the USA showing state laws, plus information on reciprocity that allows CCW laws in one state to apply to another. Be aware that firearms laws vary from state to state, so do diligent research. Also, look at Gun Talk and Gun Talk News for news about firearms and CCW. Gun Talk offers videos as well.

Choosing to get training is important too. Costs vary, as do training quality and quantity. I wrote on this topic for Gun Talk last August, so take a look at HERE to see what I have found in several states. Good advice is to get training on firearms handling before venturing into CCW. You probably will pick up information on your state laws as well during training.

Many state laws will tell you where, when, and how CCW applies and whether or not you need a state-issued permit or license to do so. In some states, CCW is difficult at best. There are “shall issue” and “may issue” states, meaning your U.S. Constitutional Second Amendment rights are subject to what the state mandates. And in some states, the backlog for accepting permit applications and issuing permits can mean a year and more prolonged wait.

“(a) No application for a permit to carry a handgun shall be approved by a chief police officer of a municipality, the Superintendent, or the Superior Court unless the applicant: 1. Is a person of good character who is not subject to any of the disabilities which would prevent him or her from obtaining a permit to purchase a handgun or a firearms purchaser identification card as provided in this chapter; 2. Has demonstrated that at the time of the application for the permit, they are thoroughly familiar with safe handling and use of handguns; and 3. Has demonstrated a justifiable need to carry a handgun.

Therefore, is providing for self-defense “a justifiable need” in New Jersey? Bureaucrats can determine that for you. Also, a CCW permit in another state is not valid in New Jersey or California. Take a careful look at state laws where you live and plan to travel with CCW.

If you are fortunate enough to live in one of the 18 states that offer, or soon will, Constitutional Carry (CC) or permitless carry, you do not need a permit, but do read the fine print as some CC states regulate open carry and CCW. As an example, North Dakota and Wyoming have CC, but for residents only.

CCW means making responsible choices and decisions on multiple fronts, so knowing the facts and having current information is vital. “I didn’t know that” is not a valid reason to violate state laws.

Choosing a carry weapon and gear is not an easy or simple choice. Spend your dollars and time wisely as you consider what well could be an investment for your life. Make CCW a well-thought-out and educated decision.

Above all, stay safe, be prepared. ~ Mike