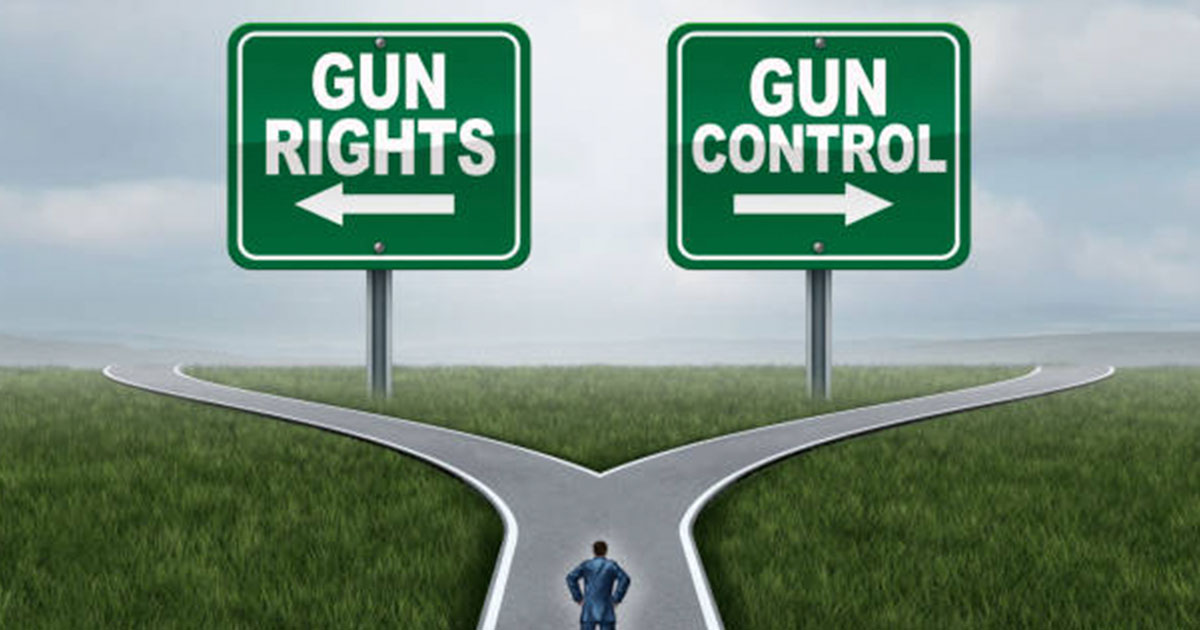 The end of March, I wrote an article on “What Is The ‘New Normal’ for Gun Owners?” in which I described some of the ways gun rights are facing increasing restrictions.

Now that the Nov. 8 midterms are over, has the “new normal” really changed for firearms owners? Indeed there are changes.

The U.S. Supreme Court on June 23 struck down numerous firearms restrictions imposed by some states. The Democrat-led U.S. House on July 29 this year passed the “bipartisan” H.R.1808 - Assault Weapons Ban of 2022 that could go to the Senate at any time. Numerous states already have imposed new “gun control” laws on firearms owners as well.

And in Oregon’s midterms, voters narrowly approved (51% to 49%) perhaps one of the most restrictive firearms laws in U.S. history.

Here is what the Oregon law includes:

Measure 114 enacted a law outlining a procedure to apply for a permit-to-purchase for a firearm. The measure was designed to have permits be issued by the Department of State Police. Applicants are required to pay a fee (tentatively set at $65), submit a photo ID, be fingerprinted, complete approved safety training, pass a criminal background check, and not be prohibited from possessing firearms.

The Department of State Police are able to deny a permit to an applicant believed to be a danger to oneself or others or if an applicant is prohibited from possessing a firearm. Also, State Police creates and maintains permit/firearm database. This translates to “registration.”

The initiative also prohibited the manufacture, importation, possession, use, purchase, sale, or otherwise transferring of ammunition magazines capable of holding more than 10 rounds. It made violations a class A misdemeanor, which is punishable by up to 364 days in jail, a fine of up to $6,250, or both.

Court challenges are likely, but there is uncertainty about rules, costs to firearms owners and implementation. State police, lawmakers and proponents must write the regulations for the state’s first-ever permits to buy a gun and figure out how much the rules will cost to carry out.

I would wager Oregonians will be hitting firearms dealers and suppliers before any such law takes effect, and certainly will be watching the assault-weapons bill if it hits the U.S. Senate. That too could create a buying flurry in Oregon and across the country.

Sadly, the “good guy with a gun” idea rarely shows up and some say it’s “a myth.”

Despite that, the FBI is reported to have “allegedly underreported how often armed citizens thwarted active-shooter situations over the past eight years.” The Crime Prevention Research Center (CPRC) released data in October that showed 34.4% of active shootings were thwarted by “a good guy with a gun between 2014-2021.”

The FBI, for some reason, listed only 4.4% of active shooter incidents as having been thwarted by an armed citizen in the same timeframe. Perhaps the FBI altered statistics to define “myth.”

And if you need another safety reason for carrying, consider one more FBI oversight. Ammoland reported that the agency altered its datakeeping on some crimes.

A careful study of murders last year by a non-profit research institute called Just Facts concluded earlier this month that a U.S. citizen faces 1-in-179 odds of being murdered in his/her lifetime, rather than dying of other causes.

Just Facts president and co-founder James D. Agresti revealed in a lengthy report that the FBI murder data for 2021 is woefully incomplete, and the true number—based on an examination of death certificate data—is about 10,000 more slayings than the estimated 14,677 reported by NewsNation and other outlets, which is “Based on a misunderstanding of new FBI data,” Agresti wrote.

The Nov. 13 University of Virginia incident that took the lives of three students brought an immediate White House renewed emphasis to ban “assault weapons.” However, prosecutors charged the suspected shooter with three counts of using a handgun in the commission of a felony. He had been convicted of a misdemeanor concealed-weapons violation in 2021.

Bear in mind that H.R. 1808 generally defines an “assault weapon” as any semi-automatic weapon that includes pistols, rifles or shotguns. The bill also includes prohibitions on “large capacity ammunition feeding devices” that already are banned or restricted in several states.

With the Republicans soon to control the U.S. House, it will interesting to see how firearms rights move forward, become more restrictive, or stagnate. Gun rights, increasing crime and decreasing personal safety apparently affected midterm results slightly if at all.

We also can predict that voters, legislation, events and the courts will continue to define what an evolving “new normal” means for firearms owners.

Watching the 2024 campaigns unfold will be interesting as well to see how or if candidates plan to ensure our abilities to Stay safe, be prepared. ~ Mike