Is a Proposed Stand Your Ground Bill The 'Make Murder Legal Act?' 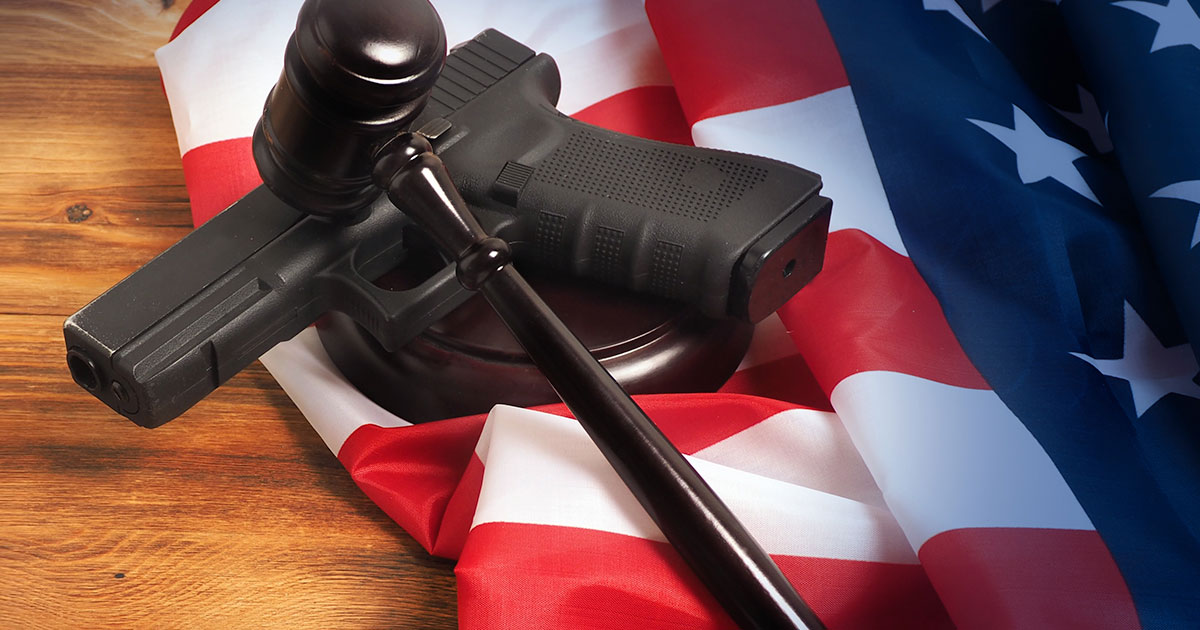 In the Missouri legislative session this year, such may just be the case says a county prosecutor, Russ Oliver.

And one legislator even said the bill was “racist.” He added that ”the men who killed Arbery could have claimed self-defense and may not have received any criminal charges” His reference was to the recent trial and conviction of three state of Georgia men for the killing of Ahmaud Arbery, a black jogger.

Republican Sen. Eric Burlison’s Senate Bill 666 expands allowable use of force and seeks to give shooters and other assailants the benefit of the doubt that they were acting in self-defense. The bill also changes the burden of proof from the defendant to the prosecution.

The bill would remove the burden from defendants who are required under current law to prove in court that they acted in self-defense, instead of providing them with a "presumption of reasonableness," preventing charges from being filed until investigators can confirm that an individual acted unlawfully.

If passed, it would mean that prosecutors could not bring charges against people who reasonably believed they were acting in self-defense. Police would need to find probable cause that shooters or other assailants acted unlawfully before arresting them.

Speaking in favor of the bill was Mark McCloskey, a St. Louis lawyer and current U.S. Senate candidate who gained notoriety in 2020 for pointing guns along with his wife at protestors walking down the street of their gated community. The couple later pleaded guilty to misdemeanor assault charges and were pardoned by Missouri Gov. Mike Parsons as promised.

McCloskey also said Missouri’s current stand your ground law requires defendants to prove they were acting in self-defense, as he said he learned when it was required of him to prove that he felt threatened by the protestors near his home. Missouri also has the Castle Doctrine for self-defense and I described both laws in my March 4, 2021 Gun Talk article.

Florida, Kansas, Kentucky, Oklahoma, South Carolina, and Tennessee have laws similar to the Missouri proposal that limit police from making arrests if defendants claim self-defense, according to the Giffords Law Center to Prevent Gun Violence.

In January 2017, Missouri passed its stand your ground law in after the state legislature guaranteed the passage of Senate Bill 650 despite Democratic Governor Jay Nixon’s earlier veto.

The law allows people to use deadly force instead of running away (also known as “duty to retreat”), as long as they believe deadly force will be used upon them. That bill also had limitations on where stand your ground existed, and the proposed bill clarifies the language.

So far, 38 states and Puerto Rico have stand your ground laws in place. Generally the laws say that people may use deadly force when they reasonably believe it to be necessary to defend against deadly force, great bodily harm, kidnapping, rape, or (in some jurisdictions) robbery or some other serious crimes (right of self-defense).

Under such a law, people have no duty to retreat before using deadly force in self-defense, so long as they are in a place where they are lawfully present. Keep in mind that some jurisdictions may define “lawfully present” in different ways.

So far, Newsweek reported, “The bill faced opposition from representatives of the Missouri Association of Prosecuting Attorneys, Missouri Sheriffs United, the Missouri Fraternal Order of Police, police unions from St. Louis and Kansas City, and the NAACP.”

Some of those on the list do not surprise me, but bear in mind that St. Louis and Kansas City are Democratic strongholds with like-minded prosecutors. Both areas also have high homicide rates.

St. Louis Circuit Attorney Kimberley Gardner's disciplinary hearing on charges of ethics violations dating back to her office's investigation of the former GOP Gov. Eric Greitens is being postponed until April. She is the liberal prosecutor who filed charges against the McCloskeys.

Additionally, the president of the Missouri NAACP, Nimrod Chapel, invoked the bill's number — 666 — in his criticism.

"This bill is aptly named, because it would drag Missouri right into hell," Chapel said. "This is fundamentally the most anti-humanitarian piece of legislation I have ever seen."

As Gun Talk readers know, maintaining situational awareness and knowing state laws, especially on stand your ground and Castle doctrine, is vital. Monitoring pending legislation that could affect you is a must as well.

As debate on this bill goes forward, it will be interesting to watch potential outcomes.

Being able to stand your ground could help you, and me, stay safe, be prepared. ~ Mike