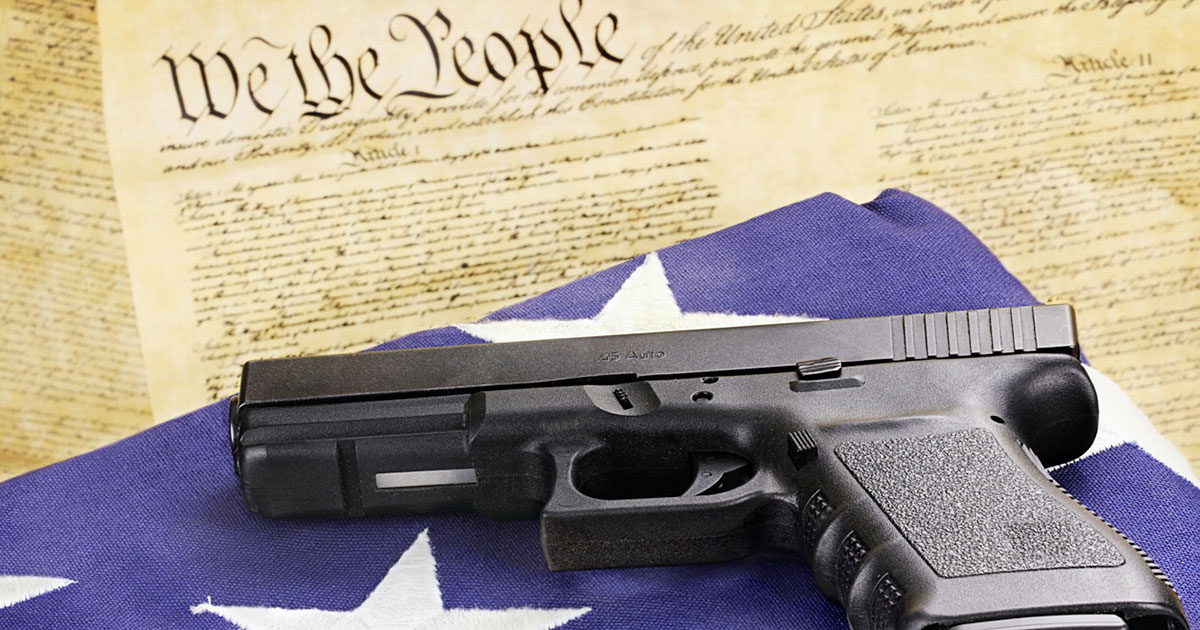 The U.S. Supreme Court (SCOTUS) was the newsmaker last week with decisions on gun control, abortion and voter ID.

Firearms owners in New York, and six other restrictive states, no longer may have to “justify” the need to carry a weapon beyond the home.

SCOTUS decided that “the Second and Fourteenth Amendments protect an individual’s right to carry a handgun for self-defense outside the home” and that the New York law requiring a “proper cause” to obtain a concealed carry license was unconstitutional.

SCOTUS had two older rulings: The D.C. v. Heller (2008) and McDonald v. Chicago (2010) cases addressed issues relating to an individual's right to bear arms and the incorporation of the Second Amendment to the Constitution.

Many states – 43, by the court’s count – have “shall issue” rules that presume residents are entitled to carry a gun as long as they meet the requirements the state sets, such as passing a background check or completing a firearms training course.

Most Democrats, including Pres. Joe Biden, did not take the New York decision well.

The Reload added: “That’s the ruling of the Supreme Court in New York State Rifle and Pistol Association (NYSRPA) v. Bruen. The 6-3 decision, handed down on Thursday, invalidates the state’s process for issuing concealed carry permits. The Court found that allowing government officials to use subjective discretion when determining which applicants had a “good reason” to need a permit violated the Constitution, a decision which will impact at least seven other states.”

“The constitutional right to bear arms in public for self defense is not ‘a second-class right, subject to an entirely different body of rules than the other Bill of Rights guarantees,'” Justice Clarence Thomas wrote for the Court. “We know of no other Constitutional right that an individual may exercise only after demonstrating to government officers some special need.”

“The ruling significantly expands the Court’s interpretation of the Second Amendment. It is only the third major ruling in a gun case since the adoption of the Constitution. The Court’s finding will likely impact other states, including California and New Jersey, that have similar gun carry laws. While only eight states use the “may issue” standard invalidated by the Court, those states hold about 25 percent of the nation’s population.”

So what does this decision mean for Gun Talk readers? Simply put, it depends on the state in which you live. For the “shall-issue” states and those 25 that have legislated Constitutional carry, there will be few if any changes. However, do expect ongoing challenges by progressives and the left.

If you live in one of the six states or the District of Columbia with arbitrary licensing schemes, you definitely will see changes, some which you may not like. Justice Thomas did address some possibilities, as follows:

In writing the SCOTUS decision, he noted that “because any permitting scheme can be put toward abusive ends, we do not rule out Constitutional challenges to shall-issue regimes where, for example, lengthy wait times in processing license applications or exorbitant fees deny ordinary citizens their right to public carry.”

I would bet some states and jurisdictions will impose bureaucratic lengthy and expensive permitting and training requirements, mandated firearms liability insurance and more restrictions to deter those who want a carry license. Expect more “gun free zones” as well, amid Democrats’ speculation that the decision will mark a return to “the wild, wild West” and more gun violence.

Then again, Justice Samuel Alito added a valid thought.  “And while the dissent seemingly thinks that the ubiquity of guns and our country’s high level of gun violence provide reasons for sustaining the New York law, the dissent appears not to understand that it is these very facts that cause law-abiding citizens to feel the need to carry a gun for self-defense.”

For a good overview of what some states may do, here is an Associated Press link.

Moving to the Bipartisan Safer Communities Act, the U.S Senate on June 23 passed that 80-page bill 65-33, with 15 Republicans supporting the vote.

On June 24, the House immediately passed the bill, carrying an estimated $13 billion cost, with a 234-193 vote. Fourteen Republicans voted with Democrats in supporting the measure.

Here is a breakdown of what’s in the bill:

Specific funding allocations in the bill are via this link: S.2938 – The Bipartisan Safer Communities Act (senate.gov) .

As expected, the National Rifle Association opposes the bill. Democrats creating the “framework” bill wanted stronger age restrictions for firearms, universal background checks, and a ban on “assault weapons” and high-capacity magazines, but that did not happen. Republicans held firm to strike those elements.

As predicted, Pres. Biden signed the bill into law on June 25, saying he did not get all he wanted in the law.

For more insights, read my June 23 article on “Diversity, Equity, Inclusion and Firearms” to see how the three SCOTUS decisions may create more diversity, equity and inclusion for some. On the flip side, the new firearms bill does not. Some critics and I see multiple issues with the legislation, so stay tuned. A lingering issue is “red flag” laws and due process.

In the near term, Gun Talk readers likely can expect more civil unrest, protests, threats and violence with the recent SCOTUS decisions. Keep an eye on your state’s response to the decisions and the new gun bill.

Also expect more abortion and gun law proposals from Democrats and the Biden administration, plus efforts to expand the Supreme Court. Let your legislators know your views and why. And next federal election, remember those who voted for the Safer Communities Act if you do not agree.

Know your state’s firearms laws. An interesting link for “gun-friendly” states is Gun Laws by State: Best States for Gun Owners (2022) (az-defenders.com) .  Another is https://handgunlaw.us/ .

In addition, believe the pressure to restrict our Second Amendment rights will increase. Heighten your situational awareness to Stay safe, be prepared. ~ Mike