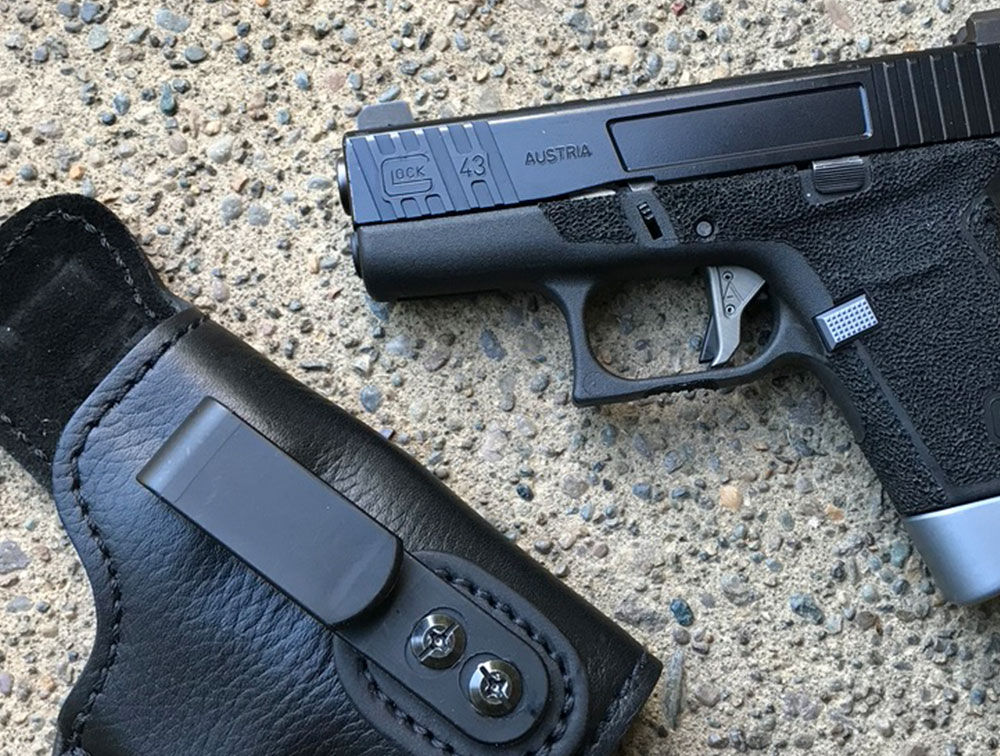 Why Choosing a Handgun is Very Personal

Just like there is no truly one-size-fits-all clothing, there is no one handgun that works perfectly for every person and every need. From caliber choices to grip sizes to capacity, finding the right gun is a very personal decision.

As a firearms instructor, one question I always get from students is “What gun should I buy?” It’s a legit question since there are so many great guns on the market and to a newbie it can feel a bit overwhelming trying to find the right one. In classic discussion style, I answer the question with a series of questions to get them thinking:

The answers will help steer the student in the right direction and avoid many of the common pitfalls. How you’re going to use the gun is one of the biggest factors in choosing one. For example, it is far easier to conceal a smaller gun than a larger one. This may sound obvious to a seasoned gun owner, but a new gun owner might not have given it much thought. Remember, it’s all new to them.

Picking a concealed carry gun is all about compromise. Since a smaller gun is easier to conceal, generally it will hold less ammunition than its larger brethren. You will likely give up capacity for the sake of concealment. How many rounds do you need? That depends on a lot of factors. There is no set number of rounds required to end a gunfight. But hiding a larger gun with more rounds under your shirt or jacket might not be practical. So, you want to get the highest round count possible while still being able to conceal the firearm. Which gun you choose will all depend on your build, how you want to conceal it, and what you’re comfortable shooting.

Speaking of shooting comfort, smaller guns are generally harder on the hands to shoot. While they tuck away nicely for easier concealment, they tend to kick more when fired because they are smaller and lighter, which means you feel more of the recoil than with a larger, heavier gun. So, another compromise is size vs. shootability. Larger guns are easier to control but harder to conceal.

If you’re buying a gun for home defense, the world of options opens wide! Since concealability is not an issue, size is irrelevant. In fact, it works to your advantage. You can choose as big a gun as you want. The key decision points for home defense are shootability – how well you can control the gun under initial and follow-up shots – and capacity. My advice is to get a gun that you love to shoot and that you can manipulate in the dark. Chances are you’ll be fighting off something that goes bump in the night, so you’ll need to be intimately familiar with how the gun works. Also, look for a gun that you can shoot one-handed because you may need to hold a flashlight in your support hand. Or you can mount a weapon light on the front and free up both hands for a better grip.

Because buying a gun is so personal, try out several before deciding. Go to your local range and run each gun you’re considering through its paces. As you put rounds downrange, think about how comfortable each gun is to shoot. Can you manage the recoil? Are magazine changes easy? Can you rack the slide without too much effort? Could you work the gun under stress? Is the grip size right for your hands? Some newer guns have interchangeable grips that can be swapped out based on hand size. Try them out to see what fits the best.

Regardless of what gun you choose, be sure it works for you. Don’t buy a gun just because someone else recommended it. Make your own decision. You’ll be happier with your choice. ~ David