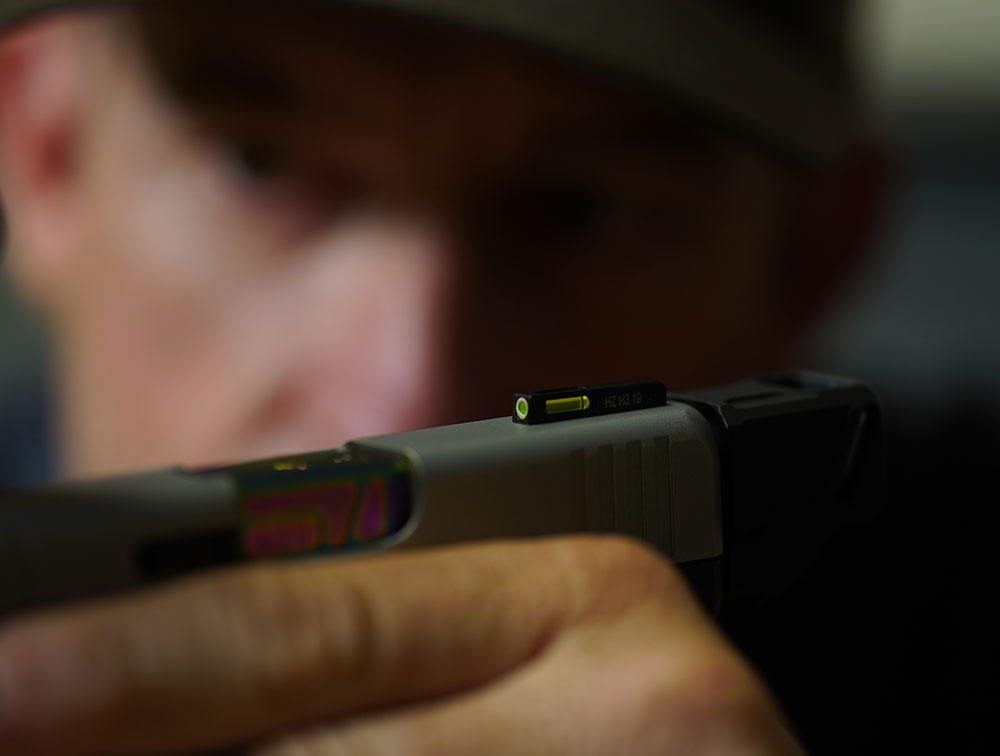 The odyssey of my eyesight has been a roller coaster since I was on the field playing little league baseball. Things didn't look right, and I knew something was wrong, and now I sit here with a clear picture of why I still need to upgrade my sights.

Baseball was a natural sport for me. I was an instinctive hitter and made very few errors, all by the skin of my teeth. I'd complained multiple times to my folks about my waning vision, but they scoffed at the notion. How could I have such poor eyesight and do well at school, baseball, tennis, or football? I never stopped hounding them, and finally, they relented and took me to the optometrist. Their jaws hit the floor when they discovered I wasn't lying. I was blind as a bat.

This story just hit me. I was sitting in a deer stand and thought I saw a deer out ahead. Unsure, I took the time to get out of the stand to look for deer tracks. Two things: I was blind and a lousy hunter.

Unfortunately, this locked me into a mixture of glasses and contacts for the next several years. Let me tell you, I had the worst possible glasses for a boy in his teens.

Sights on a pistol, to me, have always been an issue. Dark sights blended in, and many bold colors blew out my vision. I never found a happy medium when I was growing up. When I began shooting more seriously and was able to purchase my own gear, I started with a HIVIZ front peep sight for my duck gun.

I started there just because the HIVIZ Two-in-One magnetic sight glowed instead of burning out my view when I mounted the gun, and it had just the proper light capture to make the front sight pop. But that never solved my problems with handgun sights.

I sat in the surgeon’s chair nervously. Spending most of my life with poor eyesight finally spurred me to make the leap into LASIK. Much like upgrading your sights, it was time to step forward and upgrade my vision. It's been one of the best decisions of my life. I can pick up sights easily, and I no longer put up with annoying glasses and contacts.

I never picked up my sights very well on my pistols until I began utilizing the hybrid Lightwave H3 sights. With this outfit, I pick up the sights day or night. The tritium at night provides just the right amount of light to focus on the front sight. During the daytime, I hone my focus through the two fiber orbs to the crisply lit front sight.

It's tough to be honest with myself regarding my aging eyes, but I've always had the issue. The darker or plain, white dot sights don't jive with my eyes. The green fiber of the Lightwave H3 sights pop when I’m working up on target. If you’ve thought about switching anything on your pistol, consider HIVIZ Lightwave H3 sights. They made a difference for my once ailing eyes, and I'm optimistic they'll help you pick that front sight up quicker day or night. ~ KJ

Kevin Jarnagin (KJ) hails from Oklahoma but quickly established Louisiana roots after joining the Gun Talk team. KJ grew up as a big game hunter and finds himself in a different venture often. Whether it's making his way to British Columbia for elk or training with pistols, KJ always seems to find a gun in his hands and adventure on his mind.