They're 'Doing Something' to Our Kids 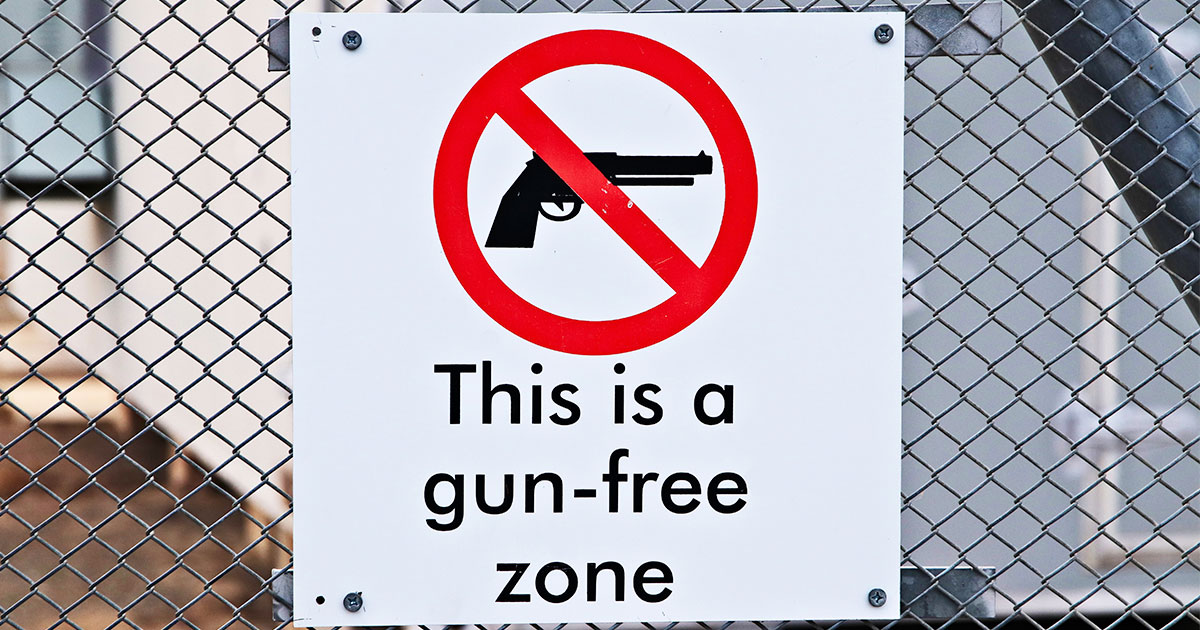 In news that probably sounds familiar to you wherever you live, Salem-Keizer (OR) Public Schools has approved a resolution that further prohibits firearms on school grounds - at all times. Passing in a 4-3 vote, which seems like a very small decision-making group for a district of 65 schools and over 42,000 students.

As reported by the Statesman Journal:

Staff and students were already not allowed to have concealed weapons in Salem-Keizer schools. The new resolution expands restrictions to include all concealed firearms carried by campus visitors, including parents, guardians, volunteers, guest speakers, organizations renting facilities and other community members.”

What about local law enforcement? In one of those, do-you-really-need-to-say-this moments, Perry clarified that law enforcement will still be ALLOWED to open carry their firearms onto campus in the event of an emergency. Wow. Thanks.

"Law enforcement aren't concealed carry. They are trained professionals that have the ability to carry a weapon," she said. "So, if they needed to come on campus, this would never prohibit that. And I think that's an important distinction — that law enforcement is still allowed to carry if they come on campus."

In fact, SKPS cited a “40 second response time” to a recent incident in Salem. This is due to the fact that law enforcement was already in pursuit of an armed individual in the area, causing lockdowns of North Salem High School and Parrish Middle School. While, I do have faith in the Salem Police Department to handle business, this is misleading and dangerous expectations to place before the public. Understaffed and underfunded police departments cannot be everywhere – and SPD has literally been told they are not wanted on school grounds until a crisis has already begun to unfold.

I live here. This is a city that I was born and raised in, attended K-12 in, went to church in, left and returned to, and have always felt safe in. My parents and grandparents set their roots here as well. My children are being raised here. I learned to shoot here. I crafted my values here. It never felt like the Portland JV Team, and for the most part, it still doesn’t.

Salem is the capital city of Oregon and is situated about an hour south of Portland, and hour north of Eugene, an hour east of the coast, and an hour west of the Cascade foothills. It is a city of just less than 200,000 people and is split by the Willamette River. Salem is surrounded by farmland, is stocked with suburbs and blue collar living, and is generally an unexciting, yet decent, place to live. Portland has bumper stickers that say, “Keep Portland Weird.” In Salem, they say, “Keep Salem Lame.”

As with many people with whom I've spoken to, this city has quickly become less and less recognizable and much less relatable, than the city I grew up in. This may sound familiar to your city as well. Homelessness, drugs, mental health, lack of adequate law enforcement resources, rising costs, traffic mayhem, and forgotten children.

Children were placed last during the pandemic, and paid the highest cost. Children are most dependent on their communities, and have been repeatedly told "no." Children are the most in need of our protection, guidance and leadership, yet many adults look up from their smartphones only long enough to complain about the kids being on theirs. We have succumbed to outrage, junk media and Amazon deals, and have screamed, (from behind screens), for somebody (else) to "do something."

I have family and close friends who work for Salem-Keizer Public Schools, and their views on gun rights and the defensive use of firearms are much more closely aligned with mine, (and yours), than the views expressed by this narrow leadership. I can distinctly say the same thing about the Salem Police Department.

The problem continues to be a lack of education, which is ironic coming from educators.

We all know what happened in Uvalde.

Am I surprised by any of this? Not really. When gun topics come up in a public forum packed with fear and unfamiliarity of the topic itself, gun rights tend to lose.

Yes, I know. I live in Oregon, and we all know that the state's perception to 2A advocates has suffered because of the noise coming from Portland. Yes, I know that it is only going to get worse. That is a topic for another day. For now, I am raising children in this city and in this state and have two who are currently in the school district.

This is personal. You have decided that my children...our children...are ineligible of immediate protection with a firearm. You have determined that the many veterans who donate their own time for school security, are not "official" enough to be armed onsite. You have decided that SROs are not necessary for prevention, but that officers from the same department will be dispatched when needed. You have told me that I am not allowed to lawfully carry a concealed handgun to pick up or drop off my children or attend their sporting events.

You have publicly declared that where my children will be, every day, is a soft target. You have made it public that no one will be there to prevent violent acts. You have made it clear that law enforcement will only be allowed to intervene AFTER it has already started. You have made it public that if I, or another parent, is on campus or responds with a lawfully carried firearm, we are breaking the law – ORS 166.377 specifically. This allows Oregon schools who “opt-in” to lawfully ban concealed carry on their grounds. It should be noted, that as of this writing, only 24 of Oregon’s 197 school districts have opted-in.

Is it enforceable? We’ll see. As of right now, it is extremely vague because those expressing the words don’t know what they are talking about to begin with.

Any person found in violation, according to the district's original policy, "will be subject to referral to law enforcement authorities."

"When asking if there is evidence of a problem with concealed carry holders, especially at schools, proponents have largely said this is a preventative measure. No data showing concealed carry weapons are especially harmful has been presented during the public meetings."

We in the 2A community are paying close attention to what is happening at the federal level, and rightfully so. We should all be doing the same thing, perhaps even more so, at the state, city and neighborhood level.

You've heard for years that "it could happen here, too." For me, it just did. Stay involved, stay committed, keep your priorities straight. Free will is a gift, making compliance a choice.