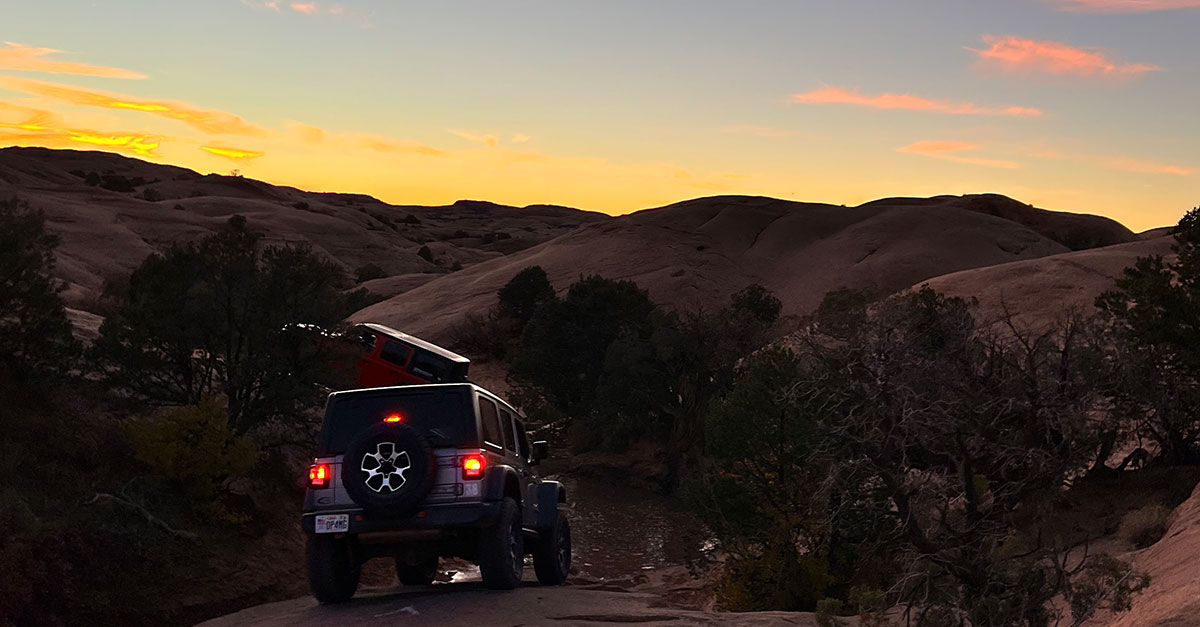 We’re in the trust tree. I'm about to divulge something I hate to admit.

I have an aversion to things I am not proficient at, and it bothers me to no end. I need to shuck the silliness and jump right into things that make me nervous. This is a personal issue, but at a recent Wheeler Tools media event, my eyes opened to the process of being a well-rounded combatant.

What do I mean by the term well-rounded? A well-rounded combatant is proficient in many facets. The individual isn't only experienced in pistol, shotgun, and rifle. The complete combatant recognizes that a vehicle is a tool and understands how to operate a vehicle in high-stress situations. You don't have to be a professional driver, but having a basic understanding is equally important as it is to be able to run a gun.

We, as people, don’t appreciate it when someone points out our shortcomings. Even worse, we don’t train on things we aren’t very good at. Just come to the range and watch me train. You don’t see me train weak hand…at all. Shame on me.

Wheeler Tools brought a bunch of media folks out to build ARs and Polymer 80 pistols. As a bonus, since we were in Moab, Utah, we had the opportunity to drive Jeeps on some of the gnarliest trails out there.

Within the first half-mile of trails, I felt uneasy about driving the course. I was happy to sit in the passenger seat and enjoy the jaw-dropping views. At least, that is what I told myself and others. On the inside, I was terrified. I don’t like heights, and everything was straight down. This is what we are happy to do too often. Comfortable sitting on the sidelines and enjoying the views.

As the week progressed, we hit more aggressive trails. We started out driving 4/10 rated courses and moved to a 7/10 course to end the trip.

I'd had enough, sitting on the sidelines. I'd taken myself out of the game. That realization hit me like a ton of bricks square on my chest. At that point, I moved into the driver's seat and drove my way out of the Moab hills and into a completely new mindset.

As much as we hate to work on things we suck at or are scared to do, we owe it to ourselves to be as well-rounded as possible. Get out there and try new things. I think you'll be surprised at what skills you learn along the way. ~ KJ