The Sky Is Falling! Or Is It? 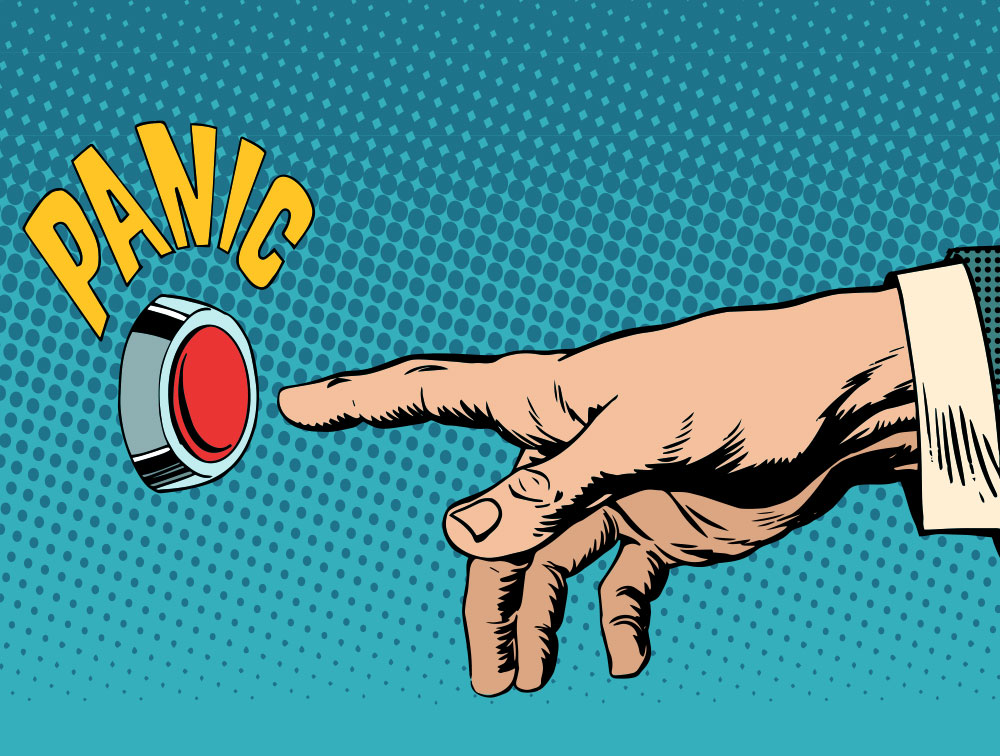 These are troubling times.  Of that there is no doubt.  What do we make of all this, and what should we be doing now?

First off -- and this may help -- this is not unprecedented.  I was there in 1968 when Congress passed the Gun Control Act (GCA68) and in 1994 when Congress (lead by Joe Biden) passed the Clinton Gun Ban (so-called Assault Weapon Ban).  Perspective -- seeing things from a longer viewpoint -- helps me not get too excited.

I'm reminded of a phrase I hear now and then. "Is it time to panic?"  Really?  First, there is never a need to panic.  Plus, you accomplish nothing by losing your mind.

On Gun Talk Radio last Sunday I talked in depth about the rally which morphed into a riot at the U.S. Capitol last week.  My take is that there is no way to justify storming the building, breaking in, looting, destroying, and all the things that happened.  That is, there is no justification if you believe that we are the law abiding group, that we support law enforcement, and that we denounce the same actions by ANTIFA.

Clearly not everyone agreed with me.  I got the "But it's our house" argument.  Nope. We don't get to riot, loot, and destroy a federal building under the guise of "but I own this building."  Nonsense.  I also got a heavy dose of "whataboutism," which tries to excuse the bad acts of people on the right by saying the other side does the same thing.

I have repeated over many years that I'm about winning.  We never win by insisting that those on the other side admit that they are wrong.  It's a losing tactic.  Another way to lose an argument or discussion is invoking whataboutism.  That path depends on making someone feel bad about what they or their side are doing rather than seeing the merits of our position.  It always loses.

How do we win?  We simply have to win elections and we have to win on important votes in legislatures and in Congress.  We also must win in the courts, which may well be our best chance of stopping the gun confiscation measures being filed in Washington right now.

We get off our butts.  Easy to say, but harder to do, if experience is an indicator.  I see the folks from the gun-ban industry posting photos of themselves at home, on the phone, working phone trees, calling voters to get them to the polls.  They volunteered to work for candidates who supported their positions. They took voters to the polls. In short, they worked.

Please don't deflect with the "But I have a job" nonsense.  Everyone has the same number of hours in the day.  What you do with them shows what you really care about.  If we aren't putting TIME into the Second Amendment fight, we don't really care.  And, if we aren't putting in the time and the money, we will always, always lose.   This is not sophisticated.  It's simple. Do the work.  Give the money.  Or else, we lose.

Some people see this message as lecturing.  Admonitions about our failings often are viewed as a lecture, but that doesn't discount the validity of the message.

1. Get educated.  Choose your sources carefully.  It's worse than useless to work from bad information or to use bad tactics.  It's actually harmful.   Most (not all) of the major gun rights groups are good sources of information.  Gun Talk Radio is a good source, as is my Twitter feed.  A couple of the louder gun groups are more about raising money than doing any good.  We'll talk about that on the radio in a week or two -- calling out one in particular.

2.  Donate.   It takes a lot of money to do this.  My suggestion is to look at what you can afford to give monthly.  If it's $20, that helps.  If it's more, that's even better.   Where to donate?  Right now, I'm favoring the Firearms Policy Coalition and the Second Amendment Foundation (I'm on the board at SAF).  They are pushing the court cases that could put a stop to many of the legislative efforts at confiscation and banning.  You also need to commit to financially helping your state gun rights groups.

3.  Join.  FPC, SAF, and all your state gun rights groups.  Your state groups remain the best source of information on assaults on your rights in your state legislature as well as in cities.  State groups serve as the trip wires against gun rights sappers.

4. Volunteer.   Form a legislative committee in your gun club or at the shooting range.  Volunteer to do voter registration at local gun stores.  Become a certified firearms instructor and help others.  Find good political candidates, even for city council or school board, and help them get elected.

Time and money.  Where we spend them tells the world what we think is important.  It matters not what you say you support if you don't devote time and money.  It's just talk.

It's going to be a tough two, four, or even eight years.  We will get through it, but it's going to take each of us, times tens of millions, changing how we live ... where we spend money ... what we spend time on ... if we are to succeed.

Who is going to do it?  It will be the person you see in the mirror.  No one else.