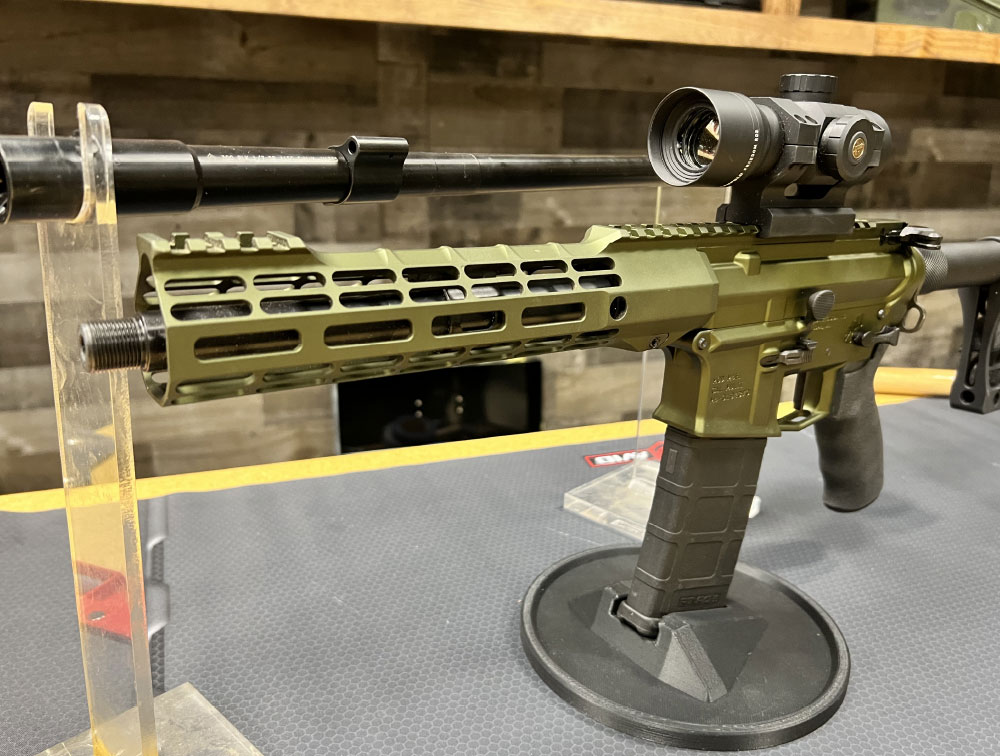 What's the most important decision when looking to build your first AR build? It sounds like an easy question, but if you look at the intended purpose of your build, the barrel matters.

We argue the critical components of a trigger, handguard, gas system, and lower or upper receiver. All are important, but I start with barrel selection. We just wrapped up filming season one of Build Box, and this show pits three builders against each other and the clock.

Three judges examine these builds throughout the process and interact with the builders during the build. I was fortunate to judge each episode along with Gun Talk's very own, Chris Cerino. In every show, I noticed the builder's gravitation toward selecting a barrel right off the bat. We included a variety of barrels for the AR builds, but most builders gravitated to the Ballistic Advantage barrels. It's not a knock on the other manufacturers, but Ballistic Advantage is known for producing quality and reliable barrels.

The episode where I noticed this play an important role was right off the bat in the first episode. All three of our builders, building 300BLK guns, chose the Ballistic Advantage 8-inch pistol length Modern Series barrels. I can't say that I was surprised with the decision given the fandom surrounding short pistol builds in the .300BLK platform. What did surprise me was the range judgment that ensued.

After each build, the judges head to the range to evaluate by shooting each competitor's firearm. The accuracy that each judge experienced was astounding, even at 100 yards.

The .300BLK isn't noted as being the most accurate at further distances, but these barrels just shot phenomenally. Chris ensured the competitors knew which ammo was being shot through the gun just in case they wanted to maintain that type of accuracy.

So, how do you begin selecting the right barrel? The first question you must answer is, what is your gun's intended use? For this build, each competitor was to build a .300BLK that could fire subsonic ammunition while suppressed. An AR pistol for these builders fit their purpose. If I'm looking for a handy truck gun or home defense .300BLK, I would have selected the same barrel. In fact, I've got this same setup and have found the same accuracy.

However, before barrel selection, you've got to discover the “what” behind the build. That's the first jumping-off point that most builders rush past. With all the barrel selections for the show, I saw many builders get distracted by barrel contour and overlook barrels that fit the function and purpose of their builds better.

A standout on the show was the 16-inch .223 Wylde SPR Fluted stainless steel mid-length Premium Series Barrel from Ballistic Advantage. Obviously, an attractive barrel, and for a 3-Gun build, this screams accuracy. I was disappointed the builders selected this barrel since I was eyeing it myself. Each builder on this episode chose that Ballistic Advantage barrel, which covered the purpose. The Premium Series is specifically designed for precision, and all are bead blasted for a hardened, durable finish.

Getting into a new barrel is easy if you know the purpose behind your build. Ballistic Advantage makes its living by offering quality barrels at an affordable price. Plus, if you need one barrel at a great price, you might as well get two. ~ KJ

Kevin Jarnagin (KJ) hails from Oklahoma but quickly established Louisiana roots after joining the Gun Talk team. KJ grew up as a big game hunter and often finds himself in a different venture. Whether making his way to British Columbia for elk or training with pistols, KJ always seems to find a gun in his hands and adventure on his mind.