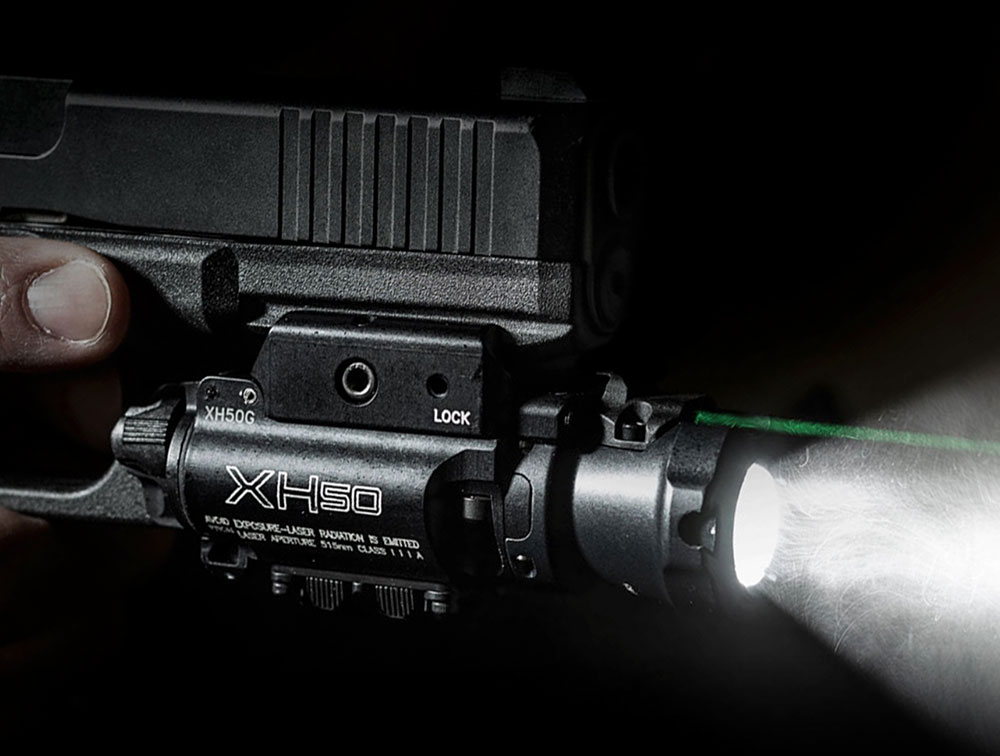 SureFire set its sights on creating a light/laser combo that hits all the right notes. The XH50 MasterFire Weaponlight is the first SureFire weaponlight to place its high-vis green laser above the bezel, which places it closer to your handguns bore. This decreases offset for greater accuracy at varying distances.

The XH50 is designed for maximum performance by the creators of the world’s first laser aiming device. We’ve placed its high-vis, 5-milliWatt green laser above the light bezel and closer to your weapon’s bore for minimal offset between point of aim and point of impact at varying distances.

The XH50's premium LED emits 850 lumens of intense white light shaped by a parabolic reflector to produce a blinding beam with ample surround light, so you can clearly see what's in front and on either side of your position. Being a MasterFire WeaponLight means it is specifically designed to interface with the MasterFire Rapid Deploy Holster system, which accommodates a wide variety of modern handguns and secures the weapon at an advantageous angle for quick deployment.

Like every X-Series model, the XH50’s rugged, lightweight aerospace aluminum body is Mil-Spec hard-anodized and O-ring/gasket sealed for superior durability in the most extreme conditions, and SureFire’s intuitive, ambidextrous switching provides instant activation when you need it most.

This is a big launch for SureFire. Look forward in the near future for an extensive review of the SureFire XH50.