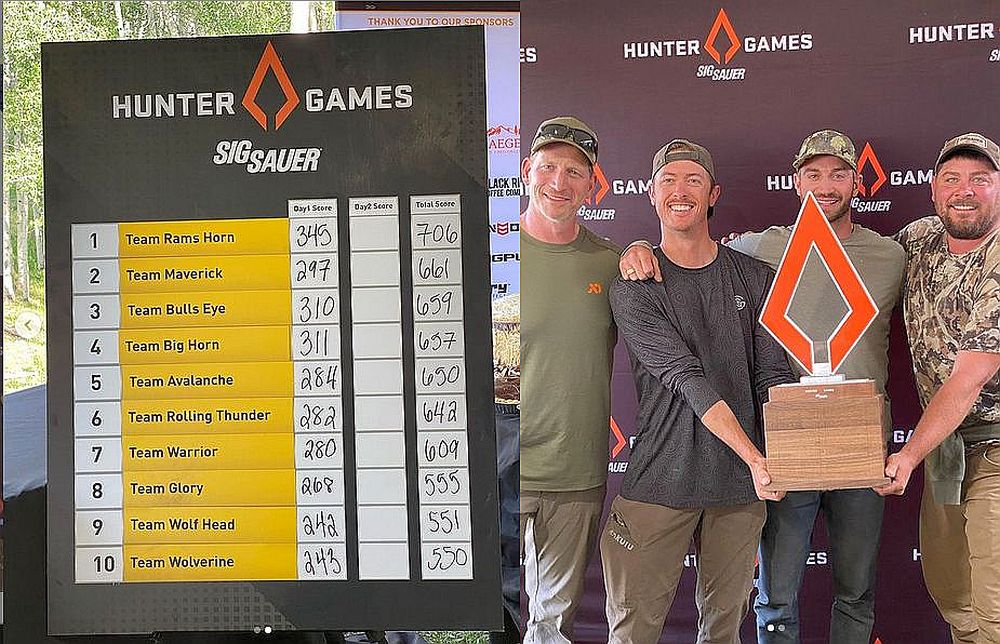 Gun Talk had a chance to run up to Wyoming to film the first annual Sig Sauer Hunter Games. The event was highly successful, pitting top competitors in a variety of fields in a long-range shooting competition. This has to be one of the most unique events I’ve covered in my time in the shooting industry. ~ KJ
‍

“The SIG SAUER Hunter Games was a first of its kind event and overall competitive experience that challenged hunters’ shooting, glassing, and physical abilities, and was designed to showcase the full capabilities of SIG SAUER’s hunting products including the CROSS bolt-action rifle, SIG SAUER Electro-Optics, and SIG SAUER Ammunition,” said Tom Taylor, Chief Marketing Officer and Executive Vice President, SIG SAUER, Inc. “The field of competitors consisted of ten teams of three comprised of one professional guide and two celebrity competitors with a variety of backgrounds and experience to compete against each other for two days traversing the rugged Wyoming Mountains, on a course of fire that started at 8,000 ft., elevated above 9,000 ft. and engaging targets at various distances.”

Listen to some of Team Ramshorn as they talk to Gun Talk's Tom Gresham about heading into the games!
‍

To learn more about the teams, competitors, and all the action from the inaugural SIG SAUER Hunter Games, visit the @sigsauerhunting Instagram, @sigsauerhunting Facebook, and SIG SAUER, Inc YouTube social media channels.

SIG SAUER, Inc. is a leading provider and manufacturer of firearms, electro-optics, ammunition, airguns, suppressors, and training. For over 250 years SIG SAUER, Inc. has evolved, and thrived, by blending American ingenuity, German engineering, and Swiss precision. Today, SIG SAUER is synonymous with industry-leading quality and innovation which has made it the brand of choice amongst the U.S. Military, the global defense community, law enforcement, competitive shooters, hunters, and responsible citizens. Additionally, SIG SAUER is the premier provider of elite firearms instruction and tactical training at the SIG SAUER Academy. Headquartered in Newington, New Hampshire, SIG SAUER has over 2,300 employees across nine locations. For more information about the company and product line visit: sigsauer.com.