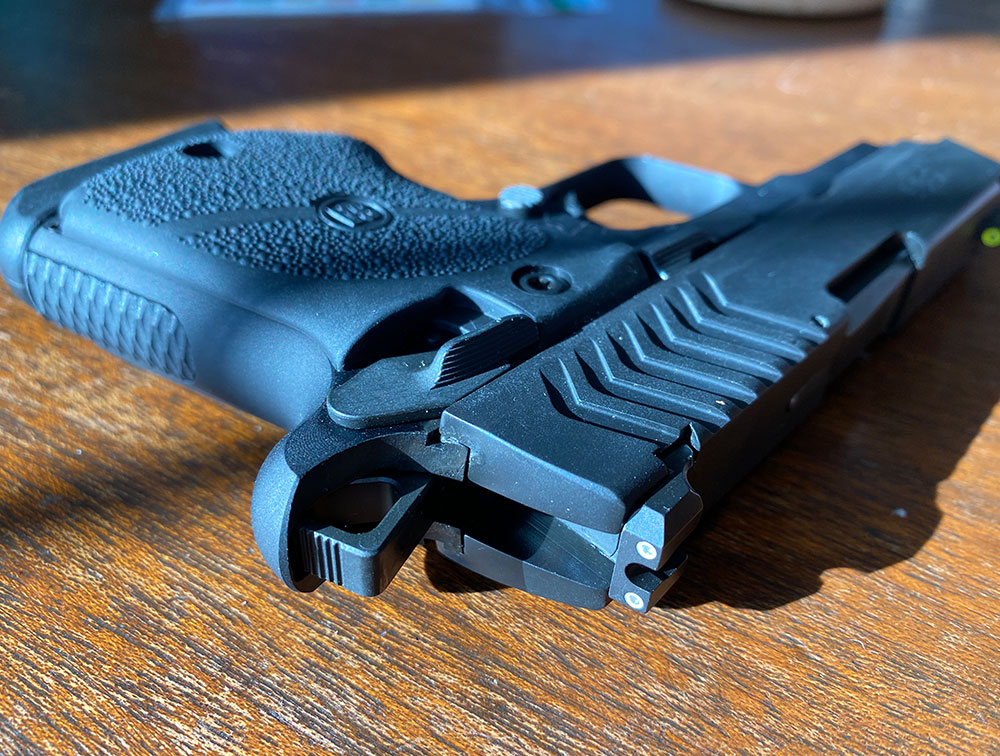 The world of micro pistols exploded a couple of years ago as manufacturers took advantage of consumer desires for smaller and smaller concealed carry guns. All the top names – Ruger, SIG, Smith & Wesson, even Mossberg – added a small carry gun to their line or started making their first (see the Mossberg MC series) entry into the market. One of the legacy brands adding to their line was Springfield Armory with their 911.

First offered in .380 when it debuted at SHOT Show 2018, the 911 was designed as a scaled-down version of the venerable 1911 design, complete with a single-action trigger and manual thumb safety. It looked like a 1911 that had been tossed into the dryer on high heat for too long. Springfield was betting that fans of the 1911 who were hesitant to carry the full-size model because of bulk would latch onto the easily-concealed 911 with its familiar controls and operation.

Up until the 911 entered the fray, there were only a few serious contenders for a 1911-lookalike subcompact. Most concealed carry options were either striker-fired or double-action-only with a massively heavy trigger pull that nobody liked. Springfield recognized the need and struck while the iron was hot.

My first encounter with a 911 was while filming an episode of Guns & Gear. We took the gun out as a prop for a segment and started shooting plate racks from 15 yards. Initial impressions were surprisingly good. Frankly, I was stunned at how well it shot, given its size. Typically, small guns are snappy and hard to handle when shooting any distances beyond typical defensive situations. But the 911 held its own, letting me knock down more plates than expected.

From the start, the 911 has offered a wide assortment of outstanding features that carried over from the original .380 version to the 9mm edition. These include a flat recoil spring that offers light slide pull for such a small gun coupled with large rear slide serrations. Even with sweaty hands, it felt sure and never slipped.

The only real complaint I had on the original model was the grip. I have decent size hands – not gigantic, but average – so I often struggle with small guns because of the short grip. This is a common complaint about subcompacts. Being a true 1911-style, the original 911 grips were slim and short, especially with the flush-fitting 6-round standard magazine, leaving my pinky dangling off the end and throwing off my leverage and recoil management a bit. Not a huge deal, but annoying, nonetheless. However, the slightly longer extended 7-round magazine solved the length issue.

Springfield did a great job texturing the original slim grip, clearly hoping to make up for the slim design. It helped, but the thin profile still left me wishing for a thicker grip. Apparently, I wasn’t alone. Fast forward to today and the 911 now comes with a rubber grip option that solves all those annoying grip problems. Throw in the extended mag for an extra round and now it almost feels like a mid-size gun that is much more fun to shoot.

The rubber grip version of the 911 comes with a 416 black nitrite slide that blends perfectly with the black grips for a classic look.

The magazine release is not ambidextrous but can be flipped for left-dominant shooters. The steel button is firm, well-textured, and made for quick mag drops. Both mags dropped out easily and went back in just as fast, so reloads were no problem.

The trigger guard is large enough to comfortably and safely shoot while wearing gloves. The trigger itself is light (as expected on a 1911-style) with a crisp reset including an audible click. A textured face gives the trigger finger added stability and sureness.

For sights, Springfield chose a Pro-Glo™ tritium/luminescent front with white outlined tritium night sights in the rear that work as advertised. The yellow front sight is large and in charge for quick and easy target acquisition.

Barrel length comes in at a tiny 3 inches of 416R stainless steel with black nitride finish and a 1:16 twist. Overall dimensions top out at 5.9 inches long and 3.9 inches tall with the flush magazine.

Clearly, Springfield intended this to be a pocket pistol because they include a friction holster with every purchase. I’m not a big fan of pocket carry – good luck getting your gun out when you’re seated – but the 911 is versatile enough to be carried appendix or strongside, too. It’s even slim enough to carry OWB concealed where other guns might be too thick. And at just 15.3 ounces empty, this tiny gun won’t even begin to sag a decent gun belt. You might even forget it’s there.

One hard-to-overlook criticism of the 911 is the 6-round flush magazine. I don’t see the point of it other than nostalgia for the original flush mags of the big brother 1911. The 911’s short mag makes recoil management more difficult. Perhaps the 6-rounder makes pocket carry easier, but as I said, I’m not a big fan. The 7-round extended mag is still small enough that it easily conceals and includes a pinky rest. For appendix carry and strongside, it’s the way to go. And it makes shooting the gun easier.

The only other issue I had with the gun was the stiff manual safety. The control lever is small and took quite a bit of effort to operate with my thumb. While this is less of an issue on other platforms where the manual safety isn’t necessary, for the cocked-and-locked function of the 911 the manual safety needs to be easy to use, especially under stress. I’d like to see a bigger lever and a looser mechanism. There is room on the chassis for the bigger control.

At $555 MSRP, the Springfield 911 with rubber grips is a reasonably priced entry into the subcompact 911 market. It’s a solid platform from a reputable brand with a legacy of reliable and well-designed firearms. If you like 1911s, this might be your next favorite carry gun. ~ David