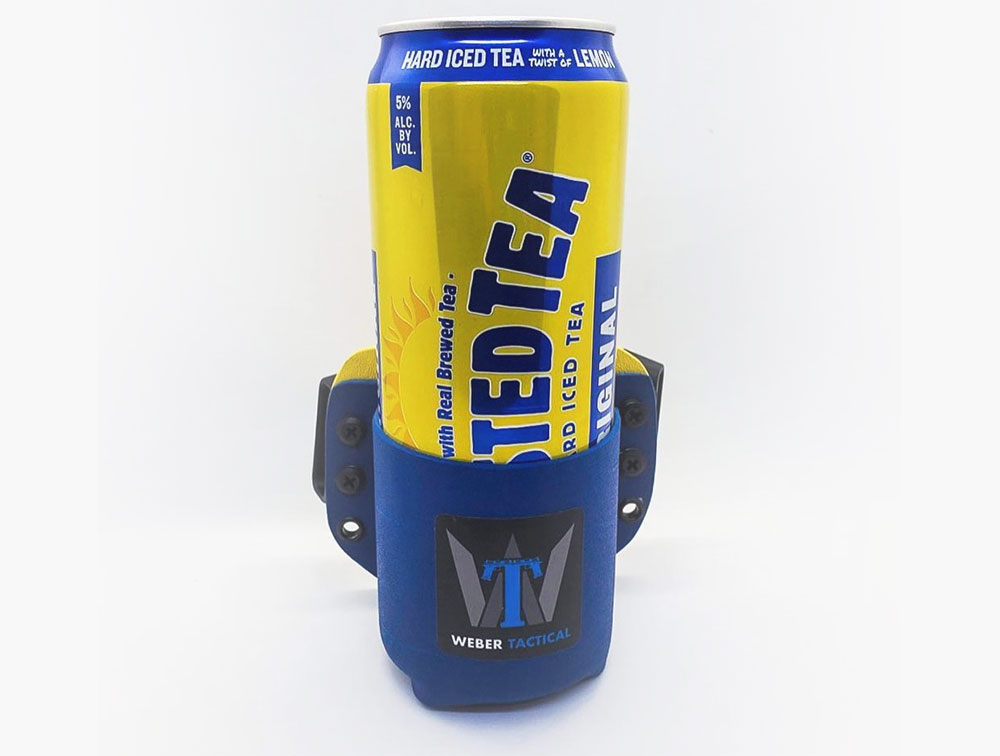 One thing the gun community is famous for is quickly responding to fill a need. Such is the case with the new Boston Tea Party holster from Weber Tactical. The need arose in a flash and hit hard. But the company stepped up and tackled the situation.

We’ve all seen the video, right? Dude standing in line at the convenience store smack talks racial insults to another guy and then gets slammed in the face by a fist filled with a cold can of Twisted Tea Hard Iced Tea from the insulted dude holding 24 ounces of cold-brewed, mouth-smashing power delivered right to the kisser. You could say he opened a can on him. Or he got cold cocked. Either one works.

But righteously insulted dude almost didn’t get the chance to lash back because he dropped the can before picking it back up. He was lucky jerk dude missed his lame attempt to kick it out of the way. That dropsy wouldn’t have happened, however, if he were packing cold with the Boston Tea Party.

It’s not every day something this exciting happens at your local convenience store. If it did, you’d hang out there more often, with your cell phone ready, right? But when trouble brews, you should be prepared to react with the right tool that doesn’t leave an ounce of doubt. That’s why Weber created the Boston Tea Party (slogan: “BTP – Let Freedom Ring”).

An extension of Weber’s signature Original Gear line, the Boston Tea Party holster allows you to either open carry or conceal this invigorating picnic beverage, always at the ready for self-defense or self-refreshment.

The holster starts with a rugged Kydex pancake (no syrup) backer held onto the belt by two closed OWB loops available in either 1.5-inch or 1.75-inch openings, allowing for a wider range of carry options. The can is then held on the outside by a custom designed koozie in Weber’s signature cobalt blue with the logo on the front for a clean, refreshing look. In addition to its good looks, the koozie has the added benefit of keeping your can chilled while at the ready for a quick draw while reducing grip-loosening sweat from forming on the outside.

Designed specifically for tall 24-ounce cans, the low-profile rim of the Boston Tea Party lets the can ride high enough in the holster for you to get full purchase when drawing, rotating with ease right into the natural master can grip to let you get full and effective swigs or swings on target faster and more efficiently than with similar can holsters.