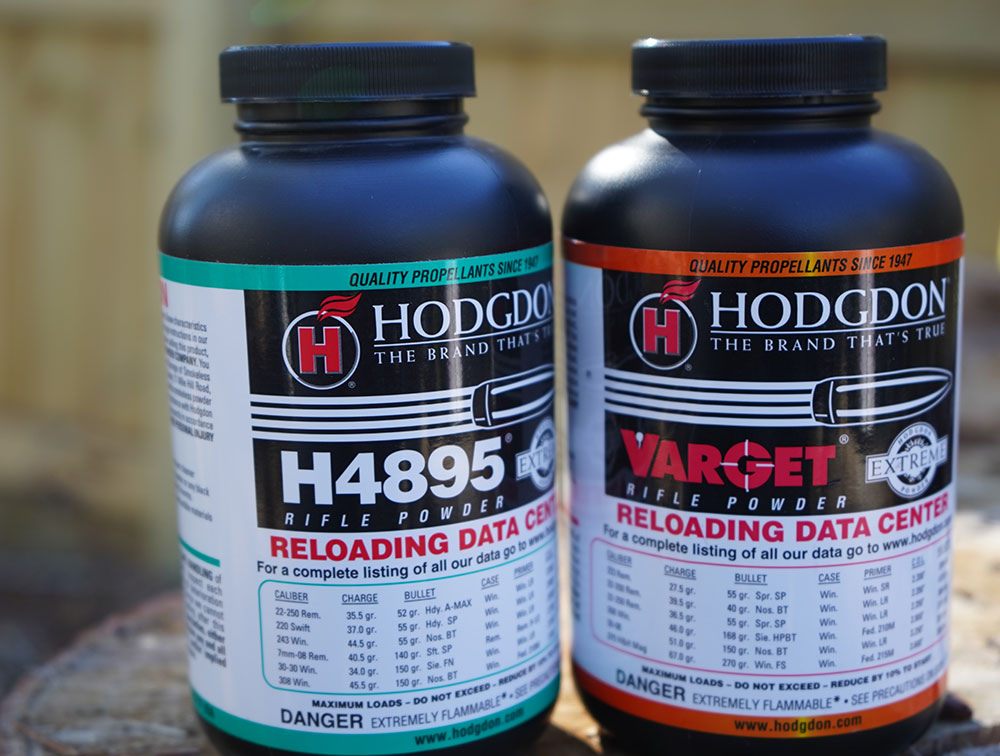 "Reports of my death have been greatly exaggerated" may have been a great line by Mark Twain, but it also applies to a rifle cartridge which was far ahead of its time, was nearly doomed from the start by a misguided gun company, was declared dead by an industry which stopped chambering rifles for it, and now may be showing signs of life because it's just too good to die.

It's the best rifle cartridge you probably never heard of.

In typical fashion, in spite of the fact that it's nearly impossible to find factory ammunition for it, I'm having a rifle built for the fantastic .284 Winchester. With so many other great 7mm cartridges available, why am I doing that?

First, what is this strange looking round? The history can be found in loading manuals and online, but the short version details a short-action round from Winchester introduced in 1963 for the semi-auto Model 100 and the lever-action Model 88 rifles. To reach the ballistic performance of the .270 Winchester the .284 features a rebated rim design. That is, the body of the round is larger than the diameter of the rim. You could say this was the first of the fat-body cartridges (think WSM-type rounds) that really are ballistically impressive. The fat body creates an internal volume roughly equal to the longer .270 Winchester or .280 Remington. Aha! That would make it perfect for a short-action rifle, right? Well, yes, but. And that's one of the two issues which rendered it effectively dead.

(Never fear. The resurrection part of the story is coming, with a hysterical "discovery" by enthusiastic, but history-challenged, tinkerers.)

Forcing the .284 into short actions lead Winchester to give the round an official maximum cartridge overall length (COAL) of 2.80 inches. With bullets of 150 grains and more, the bullets must be seated deeply into the case, reducing the room for powder. That means less velocity. That was strike number one.

The second strike came in the form of lower pressures for the round, dictated by the need for reliable extraction in the semi-auto and lever actions Winchester was pushing. Lower chamber pressures mean lower velocity. Although it was an advanced design (fat body, sharp shoulder, rebated rim), the whiz kids at Winchester crippled it, making it easy for hunters and shooters to pass it up for the .270 Winchester and even the mismanaged .280 Remington.

Despite a trickle of interest from savvy reloaders, the .284 withered and pretty much died. It was kept alive by wildcatters who necked it up and down, creating several excellent cartridges, and then the competitive shooters jumped on the 6.5-284 version. Simply necking it down from .284 to .264 allowed the long-range shooters to use the fantastic bullets, and while Winchester slept, Norma made that wildcat a factory load, known as the 6.5-284 Norma. For a while it was nearly impossible to find reloading brass for the .284 Winchester, but there was plenty for the 6.5-284 Norma.

Somewhere along the line, someone had a crazy idea, which probably ran like this. "What if I necked up the 6.5-284 Norma to 7mm?" Yes. A kind of reverse wildcat, returning to the parent cartridge. Why do that? The competitive shooting world discovered that if you: 1. Use a longer action so you could seat the bullet farther out (ignoring the factory COAL), 2. Handload it to somewhat higher pressures which would not be a problem in modern bolt-action rifles, 3. Use a faster barrel twist rate than the original 1-in-10 of the original, and then 4. Use longer bullets for the impressive ballistic coefficients, you "create" a completely different cartridge.

Charles Ballard rocked the F-class competition world in 2008 with a record-breaking performance using the "old" .284 Winchester. Clearly, he brought a ton of shooting talent to the task, and he also incorporated the latest ballistic developments in the form of 180-grain Berger bullets and Hodgdon's H4831SC propellent. He was able to get 2900fps velocity with the high BC Berger. Note that this is a single-shot rifle, with a long throat, and bullets seated out far enough that the rounds probably would not cycle from a magazine. No matter. The .284 Winchester had been rediscovered. Actually, it might be more appropriate to say it was re-invented.

Why have I landed on this cartridge with a troubled past for my next hunting rifle? Putting aside the most likely reason, which is I'm a rifle looney (thanks, John Barsness), I have a history with this round, and it's also much better today than it was in the past.

We had at least a couple of .284s when I was growing up. One was a wonderful Alpha Arms bolt action -- light weight and handy. I'd have kept it after Dad died, but it was right-handed, and I shoot from the left side.

Then there is Melvin Forbes. He pioneered the super lightweight hunting rifle about three decades ago, forming Ultra Light Arms. Now it's called New Ultra Light Arms. In short, his Model 20 in .284 Winchester weighs about 4 3/4 pounds. With a scope it's still less than six pounds, and it shoots great.  Melvin uses a longer magazine, allowing longer COALs for the .284, and his 7mm barrels are 1-in-9 twist rate. I won't be able to use the 180 and 190-grain bullets, but I will be able to push a 140 and maybe even a 160-grain bullet to 2900fps or faster.

How? Reloading.  The reality is that the .284 is a reloader's cartridge. The only factory load comes from Winchester and sometimes HSM.  Those are still restricted to the shorter COAL.

Cruising the reloading manuals (you might have to get an older one since some of the new ones have dropped the .284) or the online sources, I see several powders that work well.  Note that I don't usually condone loads higher than the published maximums, but many people load the .284 with a couple of grains more than recommended, thinking that the artificially low SAAMI spec pressure leaves room for a safe increase. It's your call.

I've spent hours on the Hodgdon reloading site (www.hodgdonreloading.com), comparing different loads. It looks like the lineup of the reloading All Stars still performs. H4350, H4145, H4895, H414, Varget and the newer IMR 7828 SSC will run the great bullets at impressive velocities. I'm looking at the 120-grain and 140-grain Barnes TTSX, the 150 Nosler Long Range Accubond and the 160-gain Accubond to take care of everything from antelope to elk and moose.

I haven't seen any loading data for it, but I'm sure interested to see if the relatively new Winchester StaBALL 6.5 powder from Hodgdon will be as impressive in the .284 as it is in other cartridges.

Could I have gone with a 6.5 Creedmoor, a 7mm-08 Remington, or even the .308 Winchester? Yep. And any would work great. A handloaded .284 Winchester pushing a 160-grain high BC bullet, though, outperforms all three. Besides, for me, it's just fun to have something that's different.

Forbes is swamped with orders and getting one of his Ultra-Light Arms rifles takes about 11 months. If I'm lucky, that'll be just in time for next year's deer hunt. Those Idaho mountains aren't getting any flatter, and a sub-six-pound rifle that still has an impressive reach sounds perfect. I'll let you know. ~Tom