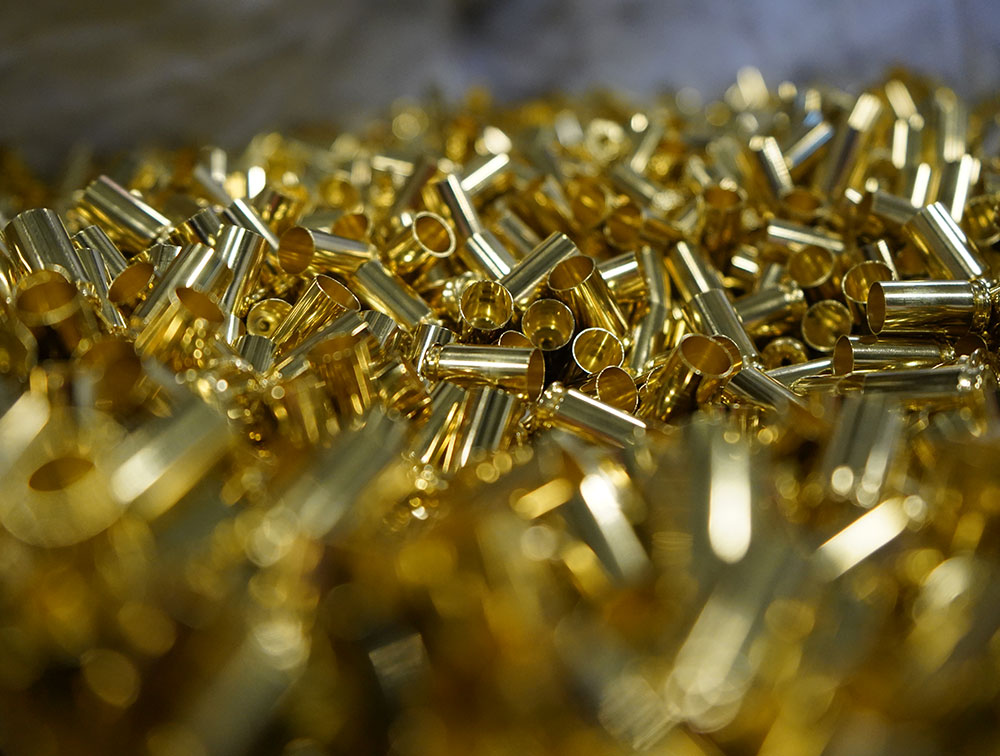 From the moment I stepped onto the 1,200-acre property, I could feel the energy. The sense of urgency wasn’t forced or manufactured. It was clear that everyone on the assembly lines, back offices, and front gates understood their purpose. They were on those grounds to set the country right and, more importantly, rebuild an American icon.

I cruised the hallowed halls in Lonoke, Arkansas looking for answers. Where is all the ammo—Remington Ammo, to be precise? I found answers in bins, barrels, assembly lines, and conveyor belts. Remington Ammo was everywhere. Ammunition lined up like little soldiers ready for placement in stores across the country. From my view, Remington Ammo was certainly producing enough ammo to calm the storm.

Go online. Type in “Where’s all the Ammo.” You won’t be shocked to see blogs, videos, and articles on the subject. What you won’t find are solutions. It’s primarily musings and observations as to why ammo is scarce. Many point to the apparent influx of participants of our sport, or they suggest government contracts are to blame. While each has something to do with the shortcomings, Remington Ammo slowing production is a massive reason why holes began to appear.

Remington Ammunition’s name appeared across headlines for all the wrong reasons, but lately, they’ve made waves by cranking up production in a big way. Remington invited a few media members to tour the factory and check out where the ammo is and where it’s headed.

The first stop in the tour was the Eli building, named after its founder, Eli Remington. This expansive building housed 9mm cartridge production. As we navigated to the rear of the building, stacks of ammunition filled the vast space. When asked how much ammo rested there, a quick count yielded 3 million rounds of 9mm Remington Ammunition. A collective gasp filled the room as each attendee wondered how we’d line up the U-Haul trucks to extract all those freedom seeds.

To think, months ago, only a trickle of ammunition was leaving the doors. A sense of urgency resonated throughout the building. The operations of ammo manufacturing run 24 hours a day, seven days a week. They don’t stop producing.

The next building we walked through housed rifle, pistol, and shotgun production. Amassed in the production process were primer and casing production. Remington is doing it all. Not only that, but the Remington plant also isn’t only producing popular calibers. If you want a big game, varmint, self-defense, dangerous-game rounds, Remington is manufacturing those as well.

Our most-anticipated stop was by the infamous shot tower. This 12-story structure produces the shot that is found in Remington shotshells. Think of it as a funneling system from top to bottom, forming the shot as it falls each story. For me, the coolest thing to see in this whole process was the names of two employees. L. Bridgman worked in the tower from June 6, 1981, until October 2, 2012. M. McNeill put in the work from October 27, 1971, until March 30, 2017.

Those are some impressive runs, but that seems to be the norm around the Remington plant. The folks love what they do, and it shows. I interacted with many Remington employees, and they were all positive. All were eager to show us how things worked and had overall cheerful demeanors.

I, like many of you, grew up shooting the ammo with the familiar green and yellow box. It was a standard-issue on an afternoon of shooting with my dad. Remington Ammunition has a special place in all our hearts; even if you’ve moved on, it’s always nice to come home. It was sure good to see a green wave of Remington revival. ~ KJ