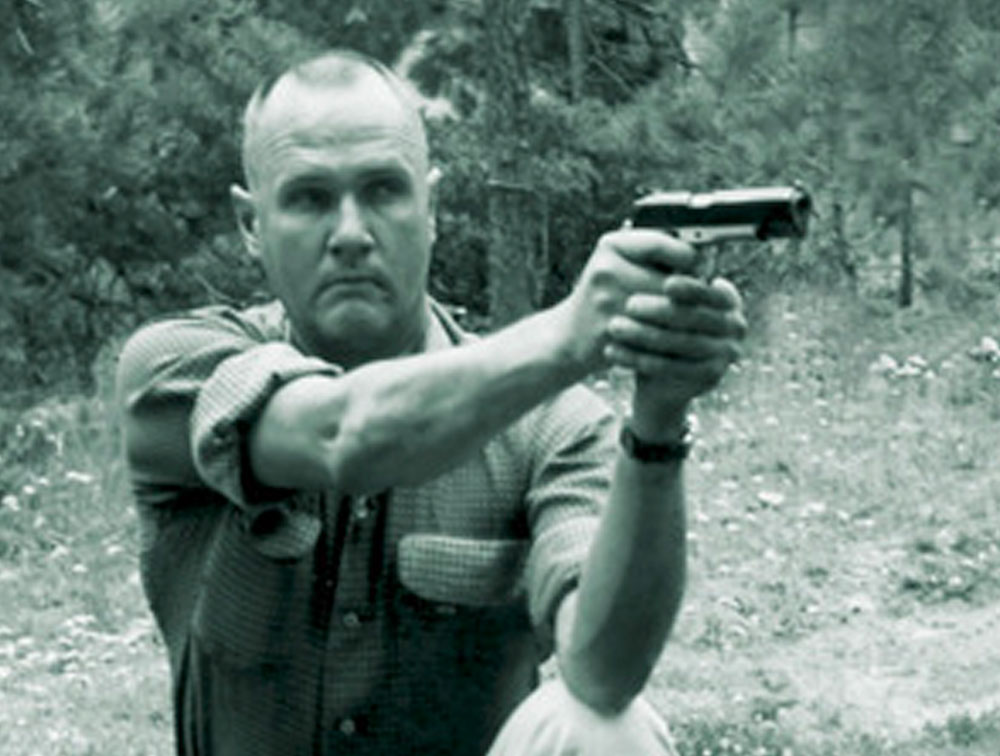 Jeff Cooper, in the forward to The Modern Technique Of The Pistol by Morrison, states that to the best of his “knowledge and belief the Bear Valley Gunslingers were the originators of the Modern Technique,” and it was Cooper who “organized” it into a system.  The Modern Technique took pistol use into a whole new area, raising it “from a more of less insignificant badge of office” – i.e. something a law enforcement or military officer carried as part of their uniform – “to a very serious weapon.”  Today, we are in the “Post-Modern” world, which in some ways is better, but in other ways the post-modern philosophy has taken us down a questionable road.

Beginning in the mid 1950’s Cooper started hosting a series of pistol competitions in Big Bear Lake, California.  These handgun matches were unlike anything ever before.  It was, Cooper states, “a free-style competition, never requiring the shooter to use any particular system or technique.”  Shooters were using two hands to fire instead of one, a stance developed that allowed shooters to place rapid, accurate hits on target, and an emphasis was stressed on the ability to “hit quickly and hard under all sorts of unusual and restrictive situations.”

These are the skills that Cooper taught at the American Pistol Institute, which eventually became Gunsite.  The core of the doctrine was the Combative Triad – Mindset, Gunhandling, and Marksmanship.  Under this system shooters learned how to employ the handgun efficiently, under a variety of circumstances.  You focused hard on the fundamentals and the principles Cooper outlined, learning to apply these skills on demand.  For many years almost all instruction was based on the Modern Technique.

The Postmodernism movement, a re-evaluation of the Western value system, really took hold during the 1950’s and 60’s.  Everything became a matter of interpretation, beginning with the arts and eventually bleeding over into all aspects of our society and culture.  Postmodernism teaches that there are very few absolutes, and what’s important is what something means to you, the individual.  How does this philosophy affect the defensive use of firearms?

Postmodernism opened up a lot of things for debate, blurring the lines between competition, law-enforcement and military applications and the defensive use of firearms.  Techniques are created just to be different or new.  Instructors have gotten away from teaching the hard fundamentals and the principles to apply them.  There is too much focus on technique as opposed to skill.  Teachings and drills have become a marketable commodity.  Anything goes, as long as it makes money, or the student feels good.

Fighting with firearms is definitely an art, but like any other discipline very few ever become artists.  The majority of us - I include myself in this group – need to focus on the hard realities of personal combat, which is usually unexpected, violent, and short in duration.  Move, communicate, use cover when it’s available and shoot if necessary!  These are the fundamentals we learned from the Modern Technique, and they are still as valuable as ever. ~ Tiger