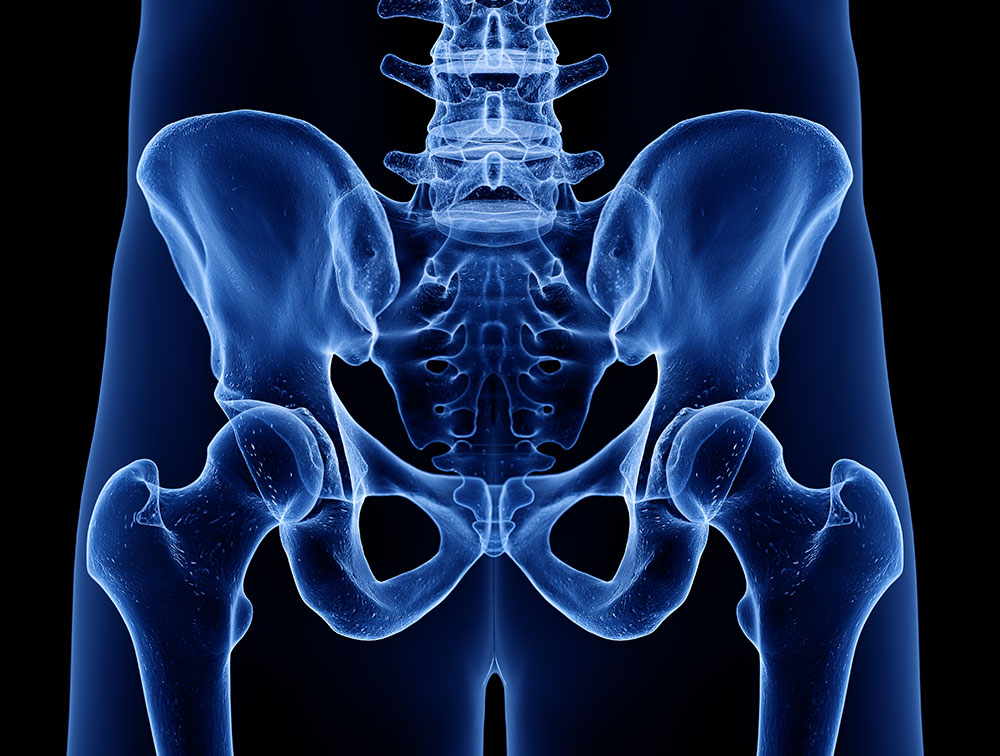 To stop a lethal threat there are three areas of the body we teach students to engage: center mass of the chest, the pelvis, and head. A standard response is to engage these areas until the problem is solved. I begin with shots to the center of the chest. After three to four shots there, if the threat is still a danger, I put hits into the pelvic area. The final option is the head-shot. Or, the head may be the only thing I have to hit, so I work that until I get results, or a bigger target to engage, such as the chest or pelvis.

Here are three other very good reason to advocate the pelvic shot.‍

1. If in a confrontation situation holding your weapon on the pelvic region allows you to effectively observe your opponent's hands. Hands kill.

2. Most concealable body armor does not cover the area.

3. As a target area it is less subject to motion as the head and a near miss of the pelvic region may still be a hit somewhere else (unlike the head).

Yes, there are blood vessels in the pelvic area that will cause severe bleeding if damaged. These are mainly the iliac arteries (you can think of these as an inverted Y over the pelvic. The iliacs turn into the femoral arteries and these are quite large as arteries go, but nonetheless a small target.‍

-- From the belt line to the top of the head, the areas most likely to rapidly incapacitate the person hit are concentrated in or near the midline. In the pelvis, however, the blood vessels are located to each side, having diverged from the midline, as the aorta and inferior vena cava divide at about the level of the navel. Additionally, the target that, when struck, is the most likely to cause rapid and reliable incapacitation, the spinal cord located in the midline of the abdomen, thorax and neck), ends well above the navel and is not a target in the pelvis.

-- The pelvic branches of the aorta and inferior vena cava are more difficult to hit than their parent vessels -- they are smaller targets, and they diverge laterally from the midline (getting farther from it as they descend). Even if hit, each carry far less blood than the larger vessels from which they originated. Thus, even if one of these branches in the pelvis is hit, incapacitation from blood loss must necessarily be slower than from a major vessel hit higher up in the torso.

-- Other than soft tissue structures not essential to continuing the gunfight (loops of bowel, bladder) the most likely thing to be struck by shots to the pelvis would be bone. The ilium is a large flat bone that forms most of the back wall of the pelvis. The problem is that handgun bullets that hit it would not break the bone but only make a small hole in passing through it: this would do nothing to destroy bony support of the pelvic girdle. The pelvic girdle is essentially a circle: to disrupt its structure significantly would require breaking it in two places. Only a shot that disrupted the neck or upper portion of the shaft of the femur would be likely to disrupt bony support enough to cause the person hit to fall. This is a small and highly unlikely target: the aim point to hit it would be a mystery to those without medical training — and to most of those with medical training.

The “theory” stated in the question postulates that “certain autonomic responses the body undergoes during periods of stress” causes officers to shoot low, and that apparently this is good in a gunfight because such shots cause “severe disability.” I hope that the points presented above debunk the second part of the theory. As for the “autonomic responses” that cause officers to shoot low, I am unaware of anything in the anatomy or physiology of the autonomic nervous system that would even suggest such an occurrence. Most laymen do not understand the function of the autonomic nervous system. It is simply a system whose main function is to fine tune the glands and smooth muscles (those in the walls of organs and blood vessels) of the body.

During times of stress such as perceived impending danger, the autonomic nervous system diverts blood from the intestines and digestive organs to the skeletal muscles — in the so-called “fight or flight” response. The effects of this response are constantly exaggerated by laymen who lack an adequate understanding of it — most notably by gun writers eager to impress their readers. Interestingly, the human body can get along quite well without major parts of the autonomic nervous system. During my professional life as a surgeon, myself and colleagues removed parts of thousands of vagus nerves (mostly in treating peptic ulcer disease) -- thus depriving the patient of the major part of the parasympathetic half of the autonomic nervous system. We also removed many ganglia from the sympathetic half of the autonomic nervous system, in treating such things as profusely excess sweating and various problems caused by spasm of the arteries. I am unaware of any evidence that these operations produced any significant effect on the future capacity of these patients to react appropriately in times of impending danger.

Unfortunately, the pelvis shot fallacy is common. This fallacy, along with other misinformation, is promoted constantly by at least one gun writer who is widely published in the popular gun press. Because of this, I regularly debunk this fallacy by including some of the above rationale in my presentations to law enforcement firearm instructor groups.” ~ Tiger

Tiger McKee is director of Shootrite Firearms Academy, located in northern Alabama. He is the author of “The Book of Two Guns” writes for several firearms/tactical publications, and is featured on GunTalk’s DVD, “Fighting With The 1911". McKee’s new book, "AR-15 Skills and Drills", is available on Shootrite’s website.