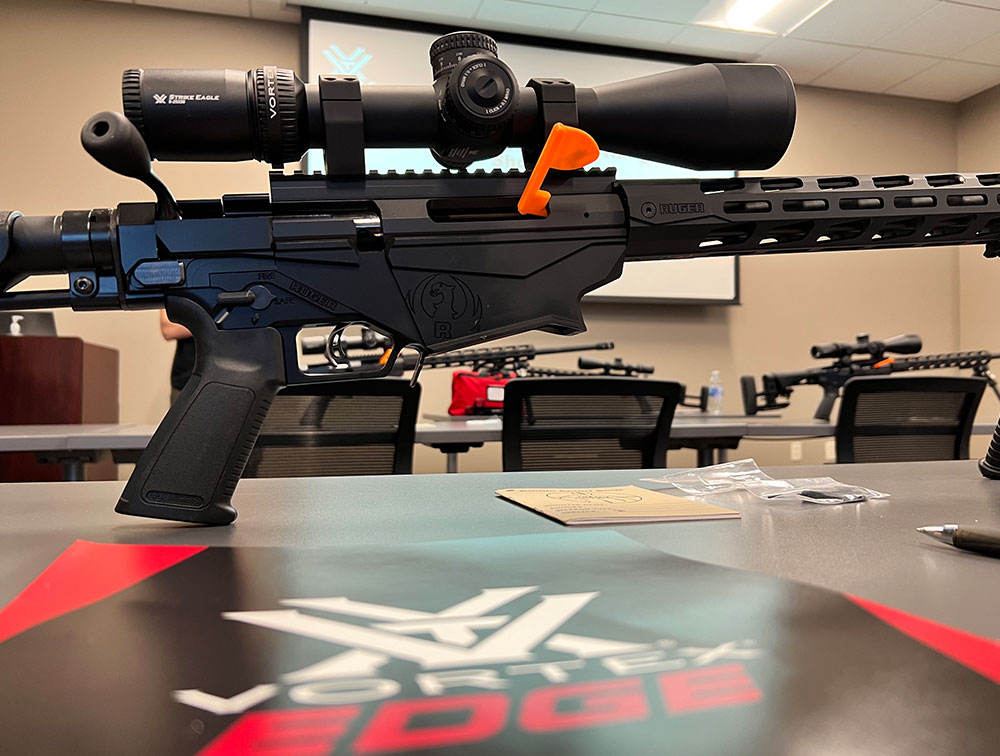 What is the best long-range shooting gear for beginners? Well, before we answer that, here is a hypothetical. Let's assume you're new to long-range shooting and blow your bankroll on a $2,000 rifle and $2,500 optic. Now what? At this point, there is no turning back. You've placed all your chips on the table for the first hand. There's a better way to begin this process, and Vortex Edge has the solution.

I've said it before. I go all in, many times too quick. I've been forced to ease into long-range precision shooting because I don't have the means to dump copious amounts of cash into gear. There is nothing wrong with jumping in with both feet but beware. There is a temptation to compensate for lack of training with expensive gear.

I sat there awake the night before a precision shoot, doubtful about my gear. Mentally, I shut down before the match because I didn't feel I was well equipped to succeed. However, my lack of preparation sent me into a downward spiral.

A few months ago, I found a perfect solution for the newcomer to long-range shooting. The Vortex Edge Intro to Long Range Shooting course prepares the shooter in ways other courses do not.

The intro course allowed me to travel with zero gear, minus my camera gear. A course like this allows potential long-range folks to test the waters before diving headfirst in a rather expensive hobby.

I'm a huge fan of all-inclusive anything. Ask my wife, buffets, resorts, you name it. If I can go to a one-stop shop and get everything done at one venue, I am IN! Vortex Edge Intro courses are precisely that. Vortex provides guns, optics, and ammo. The best part about the whole thing is that the intro course didn't break the bank.

Vortex provided, what I consider phenomenal, precision ammo. We used Hornady Match ammo for the intro class. Some of the newer shooters shot quite a few rounds, but those that had experience didn't shoot as many. I shot a grand total of nine rounds of Hornady Match, but the instruction received more than made up for the limited number of shots placed.

Optics, or glass, is the most disputed gear on the setup. Look, the glass I would tell you to get is the best you can afford. But, with a class like an Intro to Long Range, you get a sampling of great glass at a budget price with the Vortex Strike Eagle 5-25X56 FFP. The first focal plane optic runs roughly $899 and delivers peak performance with stunningly clear glass. We ran the EBR-7C MRAD setup, which is what I prefer. The MRAD adjustments are easier for me and many others. Some shooters prefer MOA, but the math gets better when I switch to the MOA reticle.

The Intro to Long Range course at Vortex Edge proves that it doesn't take much to be a long-range precision shooter. A shooter can go to a match and be competitive with the entire setup. At least not before you test the waters. There is no need to drop a hefty dime on gear. ~ KJ