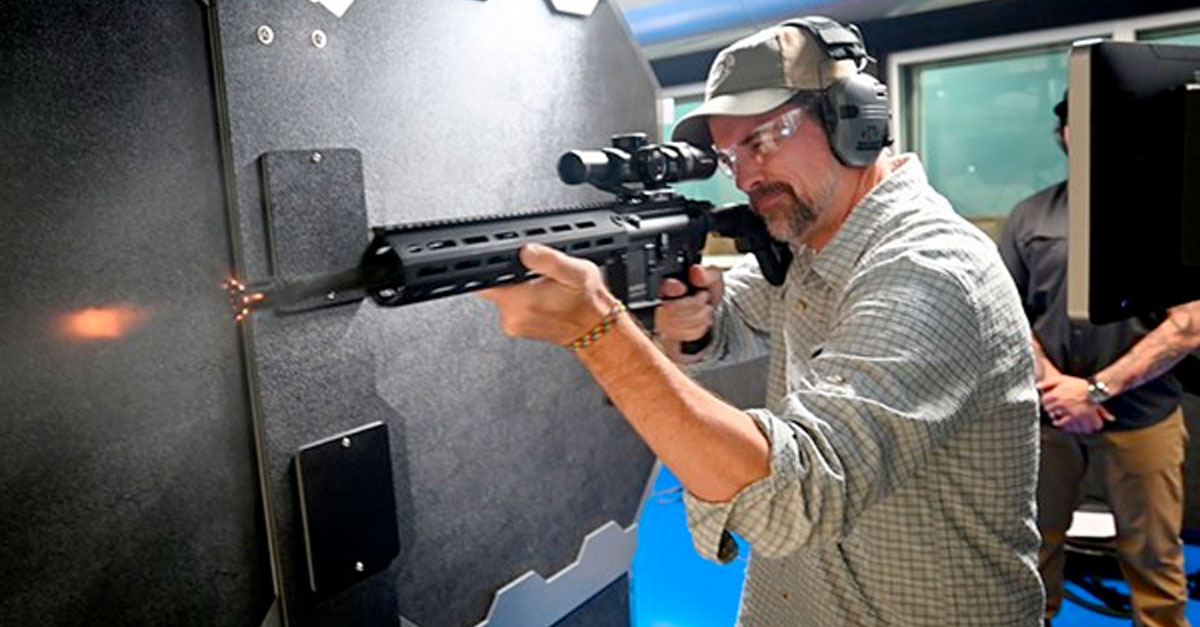 A Vermont reporter said firing an AR-15 rifle “felt like a meteor had struck the earth” in an article on Wednesday describing his experience at the state’s first indoor gun range.

“It is difficult to describe the impact — physical and personal — of that first shot. It felt like a meteor had struck the earth in front of me,” Kevin McCallum wrote for the Vermont publication SevenDaysVT.com. “A deep shock wave coursed through my body, the recoil rippling through my arms and right shoulder with astounding power. Being that close to an explosion of such magnitude — controlled and focused as it was — rattled me.”

McCallum described himself as “not a gun guy” who hasn’t handled a gun since using a .22 rifle at summer camp when he was a kid. Noting his lack of experience, he tried both a pistol and AR-15 at the new range.

“While the pistol was manageable, even comfortable to hold and fire, the rifle was a different beast altogether. Everything about it — its weight, tactical scope and overall lethality — was downright intimidating,” McCallum wrote. “When ready, I lined up the target in the cross hairs, pulled the stock onto my shoulder, squeezed the trigger and — BA-BOOM!!!!!”

After composing himself, the reporter fired several rounds, writing that his accuracy improved “until it became easier to hit the target with the rifle from 25 yards than with the pistol from five.”

“It was exhilarating, but I never got comfortable firing it,” he said. “I’m not sure what scared me more – the power of that weapon or the fact that I could have taken one home that day.”