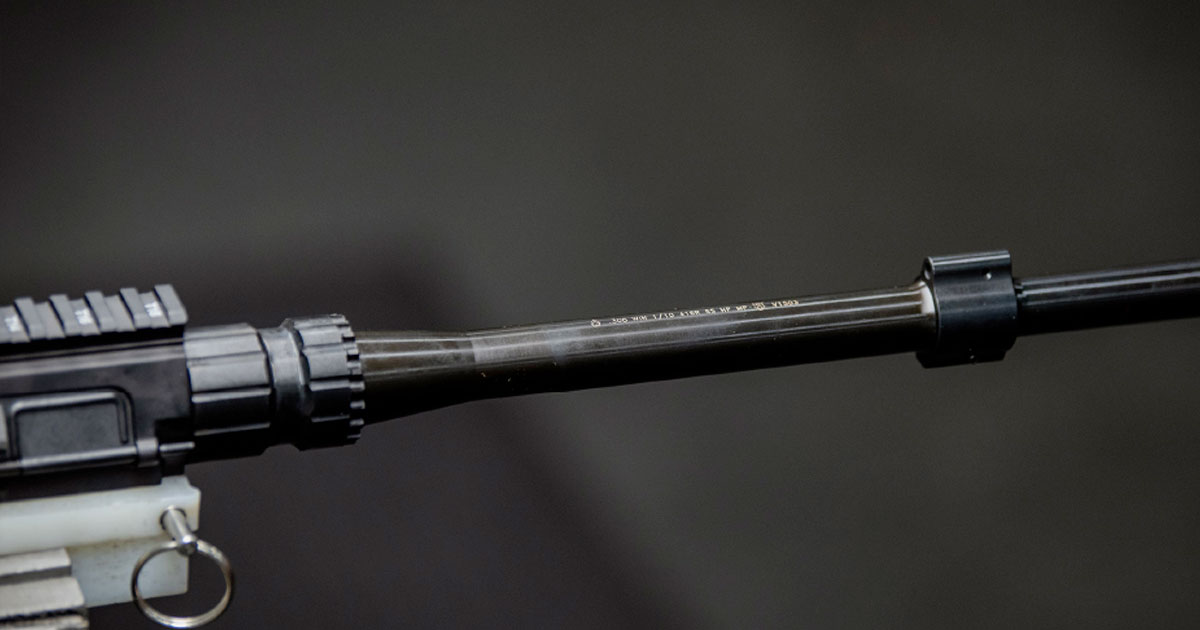 With Build Box coming to an end, I look at the firearms built and realize just how accurate the AR-15 rifles were. My next thought starts to look at the commonalities that each possess that made them precise – the barrel.

Ballistic Advantage has always stood with top names in our industry for producing highly accurate barrels. On the show, contestants had three hours to build their firearm of choice. They could choose between a variety of barrel lengths during the build. Barrel length was dependent on the goal of their build. Either way, each of the show participants wanted an accurate rifle.

I remember an accurate rifle was minute of angle (MOA) at 100 yards. Anymore, however, that isn’t good enough. We demand so much of our rifles. Life is too short to own an inaccurate gun. Accuracy was never a determining factor in the judging process of Build Box, but each judge took note how precise a gun was if it shot lights out.

I understand they are numerous determining factors when it comes to accuracy and building an AR-15. The barrel is a massive factor. From how it’s constructed to how it’s installed; the barrel better be spot on to perform. Ballistic Advantage understands and perfects the process.

The manufacturing process at Ballistic Advantage begins with high-quality 416R & CrMoV steel. In preparation for the button rifled process, bar stock is cut to length then drilled, reamed, and rifled. Using custom designed blanking tools, every production barrel from Ballistic Advantage carries match-grade tolerances with bore uniformity of .0003” or better. It’s normal to see barrels coming off the line at less than .00015” variation through the entire blank. That’s the beautiful aspect about Ballistic Advantage barrels. No matter which barrels you’ve selected you receive a barrel ready to shoot tight groups.

Since founding Ballistic Advantage in a small garage in 2008, team members understood what was expected of each barrel as it crossed the threshold from production to firing line. Barrels that were inaccurate were unacceptable. BA stands behind the commitment to performance and accuracy by guaranteeing their barrels to give sub-Minute of Angle (MOA) accuracy with match grade ammunition. Sub MOA is a group size of 1 inch or under at 100 yards with a 3 shot magazine fed group, or 5 shot single loaded group factory ammo.

When I start selecting a barrel for a build I look at its intended purpose. That can be said when choosing any crucial part of the rifle. Ballistic Advantage five different series of barrels to outfit your rifle with, but which one is right for you? There are a few different models that I really enjoy. The Modern Series are machined with 4150 Chrome Moly Vanadium Steel and feature a QPQ coating that resists corrosion. These barrels are highly accurate and built to last. I’ve got a 10-inch .300 BLK Modern Series barrel that is an absolute workhorse.

I can’t lie. I often find myself taking barrels for granted. It’s easy to get caught up in the flashy parts of the build process. However, when a gun shoots great, I shouldn’t discount and forget a good barrel makes the difference. I currently own four Ballistic Advantage barrels and will be purchasing more soon. ~ KJ

KJ
Kevin Jarnagin (KJ) hails from Oklahoma but quickly established Louisiana roots after joining the Gun Talk team. KJ grew up as a big game hunter and often finds himself in a different venture often. His early career had him working with one of the finest PR agencies in the outdoor industry – Blue Heron Communications. Before that, KJ molded the minds of business school students at the University of Oklahoma. Quickly learning he had to grow up sometime, KJ dedicated himself to the outdoors no matter what it took.

Sporting his flat-brimmed cap, KJ traverses the country in pursuit of the greatest game and best adventures. Whether it’s making his way to British Columbia for elk or bettering his precision rifle skills, KJ always seems to find a gun in his hands and adventure on his mind. KJ is a skilled communicator and connector in an industry that he has loved since a child.