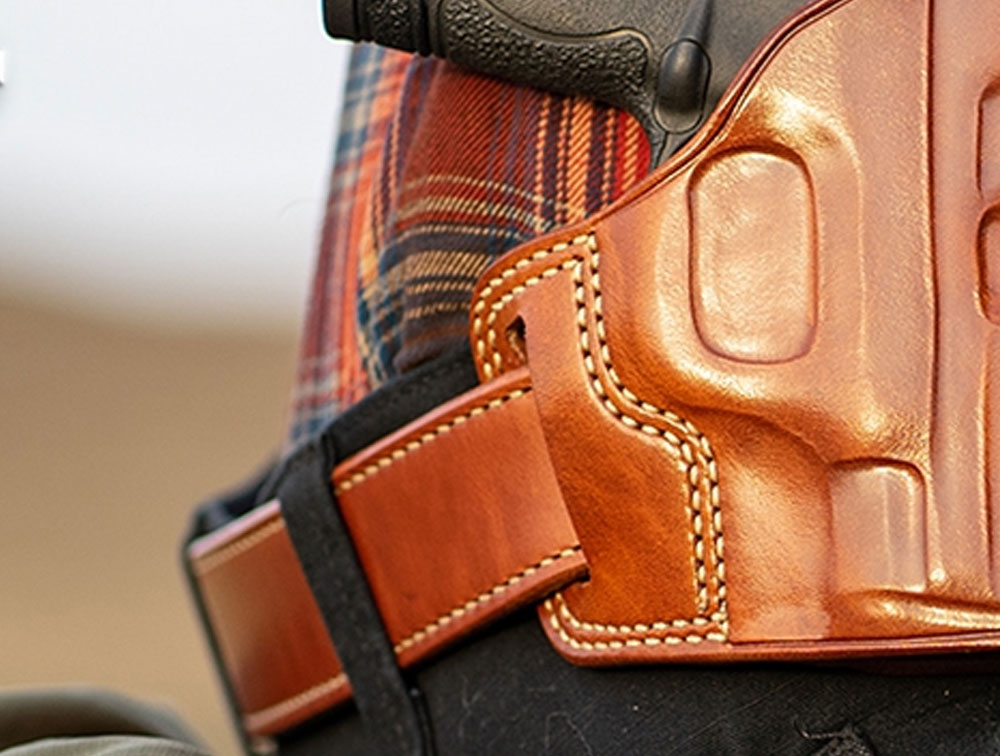 How to Pick a Good Quality Gun Belt

So far, nobody has devised a better way to carry a gun than on a belt. Strapping a holster to your waist puts it in a natural draw placement, and it allows you to carry the extra weight on your hips, the way the human body is designed. Also, you have to hold up your pants anyway, so you might as well let your belt serve dual purposes.

But how do you choose what kind of belt? Does it need to be anything special? Won’t any old off-the-rack belt work? Not exactly.

Guns are heavy. While adding a couple of pounds to your hip may not matter than much in the grand scheme, it affects your belt a lot. A full-size, loaded polymer-framed gun averages about two pounds. All-metal guns such as the classic 1911 can weigh even more. Add an extra mag in a mag pouch to the other side and now you’ve added even more weight. Two pounds doesn’t sound heavy, but it’s more than your average department store belt can handle. Before long, your pants start to sag and everyone in the room knows you’re carrying a gun. Fix this before it happens with a good quality gun belt.

Most gun belts are made from leather because of its inherent stiffness and comfort. However, they aren’t made from just any leather. The leather used in gun belts is thicker and stiffer than your typical leather belt. Some manufacturers even hide a thin layer of polymer or steel between the leather layers for extra stiffness and support. The beauty of a leather gun belt is that it can be styled to look like any normal belt, letting you wear them with anything not look like “the gun guy.”

Nylon belts are also popular, but they too need to be stiff enough to support the added weight of a gun and accessories. Casual nylon belts are simply not strong enough and will sag. The downside to tactical nylon belts is the look: it stands out as tactical, so you lose your “grey man” edge. This is a game-time decision you’ll have to make based on what you’re wearing.

Gun belts serve a specific purpose and are asked to carry an extra load. They need to be thicker than an off-the-shelf belt from the local clothing store. This extra thickness improves the load-bearing performance of the leather or nylon.

Wearing a thinner belt might allow the holster to accidentally slide around on the belt – possibly out of reach – or come up and off the belt on a draw, creating a very dangerous situation. A purpose-built gun belt will reduce the chances of this happening.

The best belt in the world won’t hold up if you can’t keep it together. So buckles and fasteners are critical to how well a belt performs. Here are the most popular:

Most serious gun folks have a collection of gun belts for every occasion. Whatever belt you choose to wear each day, check it with your EDC routine to be sure it works for you and does what you need it to do. Does it hold up your gun and gear? Is it comfortable? Does the look fit the mission? ~ David

If you do consider a belt, stick with reputable manufacturers. Please click on the links below to find your next gun belt: