How to Choose the Right 9mm Ammo 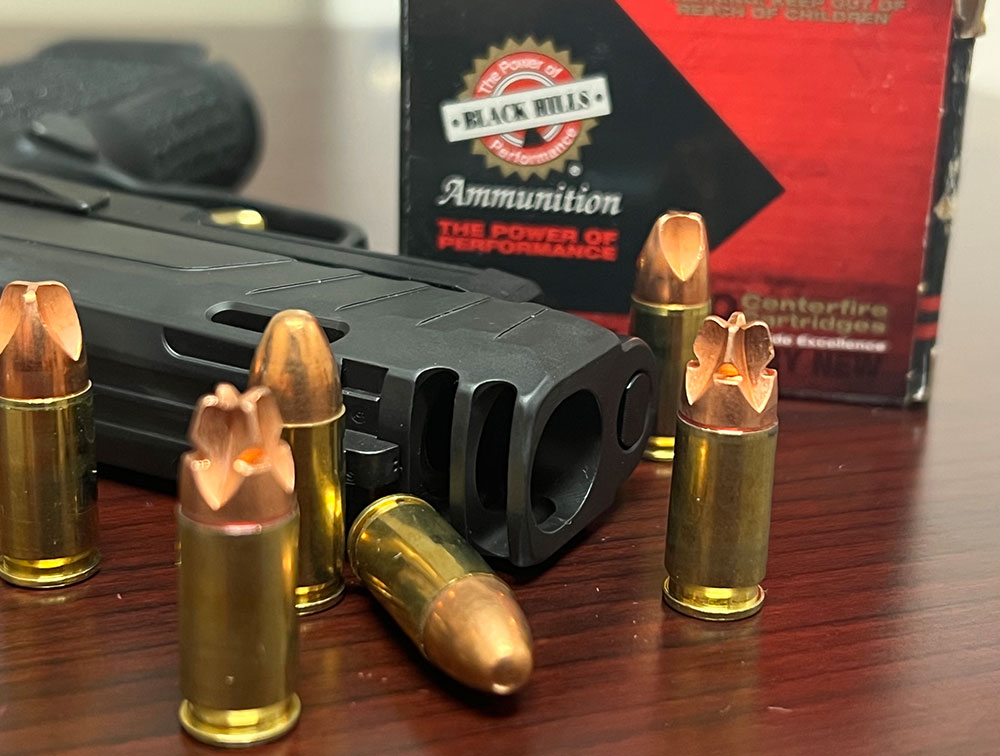 With an influx of new gun owners out there, understanding how to select the right 9mm ammo is vital. Choosing the right ammo can be a daunting task, given many options. I had a chance to sit down with ammo guru Jeff Hoffman of Black Hills Ammunition. He dives into what you need to know before deciding which 9mm ammo is right for you.

"Number one: Do your homework on brands. Quality, reputation, and for defensive ammunition, study terminal ballistics. Look at gelatin test results. Investigate how different loads perform through common barriers.

Number two: Buy two types. A reliable but economic training round and a defensive round that is the best you can afford.

Number three: For defensive ammunition, buy enough to first shoot a minimum of 200 rounds through your weapon to ensure flawless feed and function before staking your life on that choice. You need to make sure your firearm likes what you are feeding it, no matter which brand. "

Q: When developing 9mm ammo, what does Black Hills do differently than other manufacturers?

"Development can be similar among the best manufacturers, and the big difference is in the load process. Every day, even after initial development, each day’s run-off, every machine is pressure tested. Every 10,000 to 20,000 rounds, each machine is checked every 1,000 rounds by the machine operator for sensor function, charge weights, dimensions, and appearance. Every 4,000 rounds, the same checks are done by a supervisor.

Black Hills Ammunition is produced on 'inline' machines rather than plate loaders. That means every round goes through the same dies and processes under the watchful eye of the operator. Everything that happens to one round happens to all rounds, leading to extreme uniformity.

A plate loader can drop 600 charges with a single stroke and seat and crimp 600 rounds simultaneously with the following process. The inline machine we utilize provides better uniformity, and it is admittedly slower, but that is how we prefer it.

Black Hills Ammo also hand inspects every round of ammunition. That is time-consuming and expensive, and it costs us as much in labor to check the ammunition as it does to load it. Yes, that is slow and adds to the cost of what we produce, but it is worth it when your life depends on it."

Q: Why should new shooters consider factory ammo rather than reloading their own?

"Reliability, testing and development, and in-process quality controls go into the best factory ammunition. I was a hand loader at age 14 before going into business. I understand the pride one has in developing loads for a weapon. Still, I trust factory ammunition for defensive use, especially in an autoloader. (BHA, of course!)"

Q: What is the most challenging decision new shooters must encounter when selecting 9mm ammo?

"Choosing the best available that is available during this time of very short supply."

Q: What types of testing do the 9mm offerings go through before making them available to customers?

Q: What’s the one thing you would tell someone in the market for new 9mm ammo?

"Right now, buy what you can find available to purchase quality ammunition. Buy extra. Don't expect the prices to go back down to pre-Covid, Pre-Biden, and Pre-chaos days. Everything has gone up in cost. Primers are 3X the price they were several years ago. When you can find them, even for OEM manufacturers. The powder is up to double in some cases. Everything is a challenge to get. I can assure the readers that we are running full out and doing what we can to increase capability. However, we are still significantly behind on deliveries."

Black Hills' processes of developing and producing ammo, while time-consuming and costly, give shooters the confidence in their carry ammo when it matters most. Jeff’s strict standards should comfort those who choose to carry Black Hills. ~ KJ

Thank you to Jeff Hoffman for providing this glimpse into Black Hills Ammo. It has been a pleasure to work with him and his dedicated staff.

Kevin Jarnagin (KJ) hails from Oklahoma but quickly established Louisiana roots after joining the Gun Talk team. KJ grew up as a big game hunter and often finds himself in a different venture. Whether it's making his way to British Columbia for elk or training with pistols, KJ always seems to find a gun in his hands and adventure on his mind.