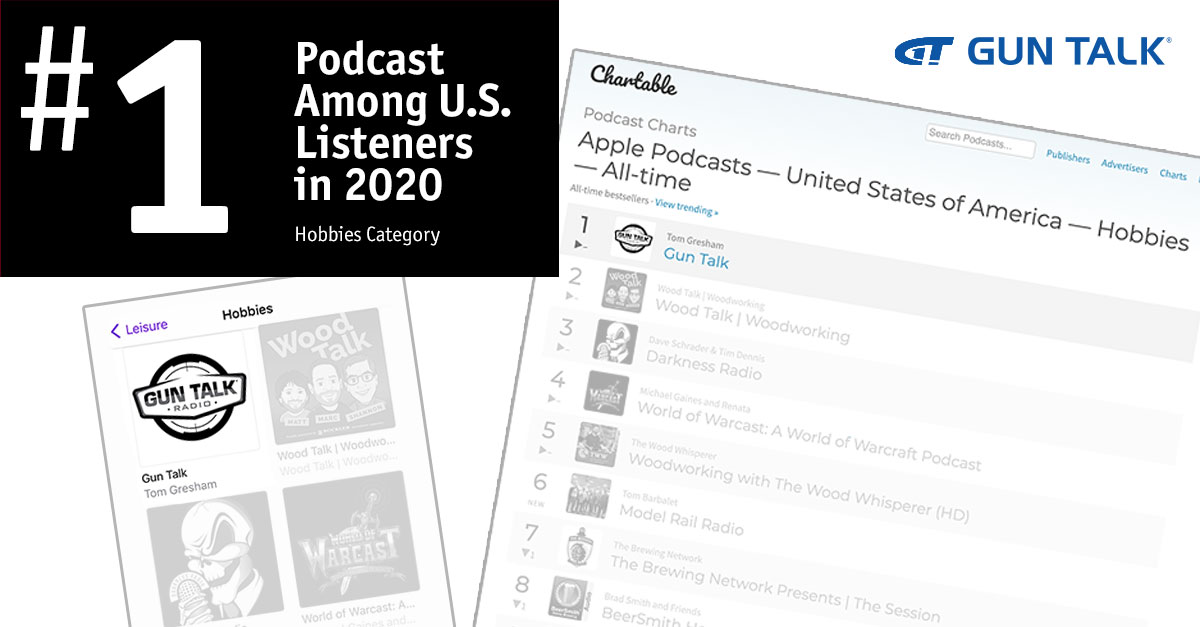 Mandeville, LA – A podcast about guns and the Second Amendment ranks number one in the hobbies category on iTunes, hitting 6,219,939 downloads in 2020 according to Gun Talk Media, an industry leader in digital content.

Gun Talk’s podcasts held the number one spot in iTunes over the course of the year in the Hobbies category. Gun Talk’s Podcast Network consists of Tom Gresham’s Gun Talk - the first radio show and podcast with shooting sports and gun rights as the subject; Gun Talk Nation – a weekly podcast covering everything from training to new products to social topics; and Gun Talk Hunt – a weekly podcast covering everything in the hunting world from finding a guide to buying the right gear.

“Tom Gresham’s Gun Talk actually was putting audio files on the internet long before the invention of the iPod, which created podcasting,” said Tom Gresham, the show’s host. “Gun Talk is the granddaddy of all firearms-related podcasts, and with the addition of new podcast series, we continue to lead the industry in digital content delivery.”

Gun Talk’s President Ryan Gresham offered, “Podcasts are hot right now, and we will continue to grow our podcast content with our solid, devoted subscriber base.”