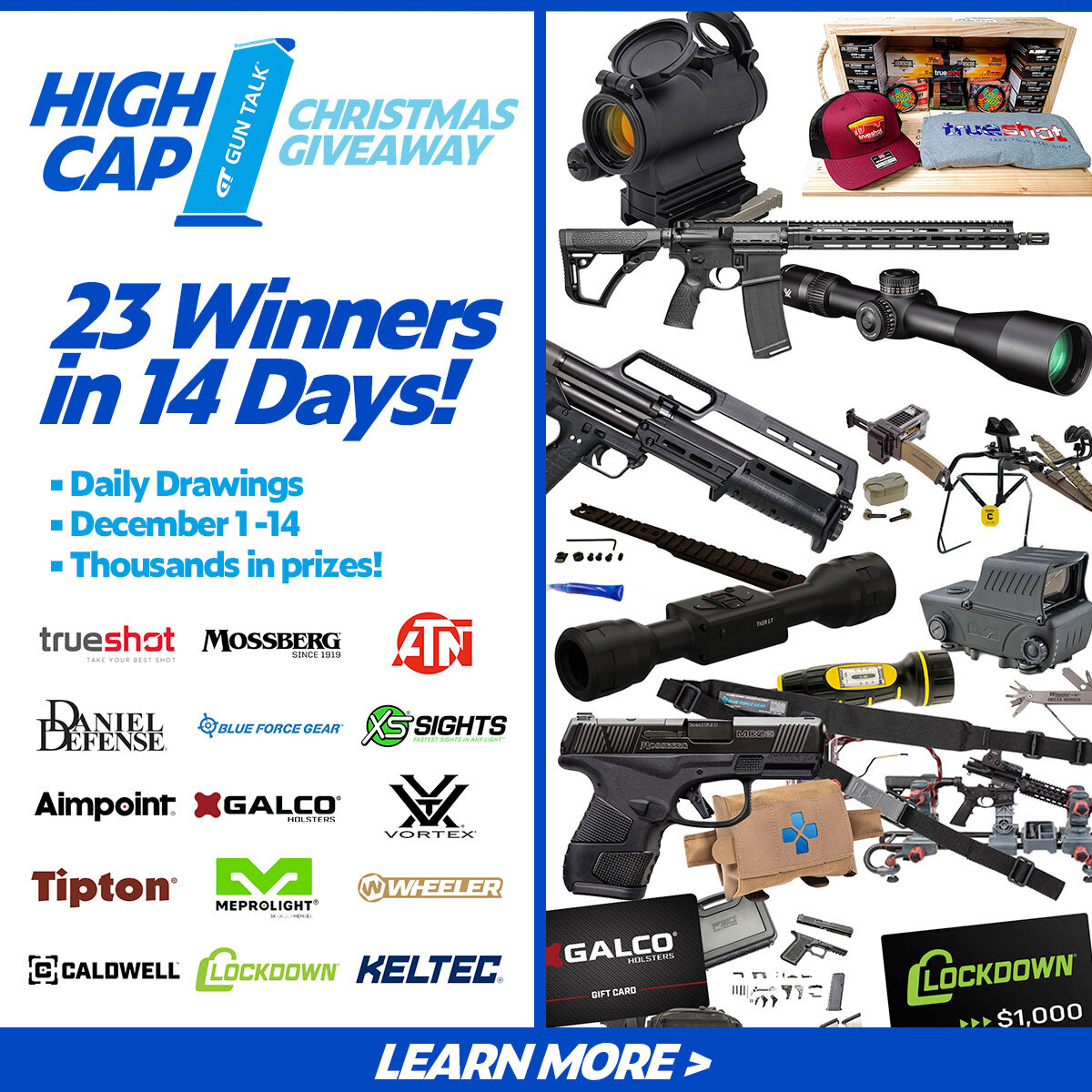 Gun Talk Media is pleased to announce the details of their High-Cap Christmas Giveaway, offering entrants fourteen days of different prizes, ranging from ammo to handguns to rifles to optics, and everything in between.

Starting Wednesday, December 1st and continuing until Tuesday, December 14th, a new prize or prizes will be released daily, with the winner or winners being chosen from entrants on that day only. Entrants can signup daily for the opportunity to win one of 23 different prizes. All of the information, including which prize is on which day and how to enter, can be found at https://www.guntalk.com/win.

Entries open each day December 1st through December 14that 12:00 am Central, and close each day at 11:59 pm Central.