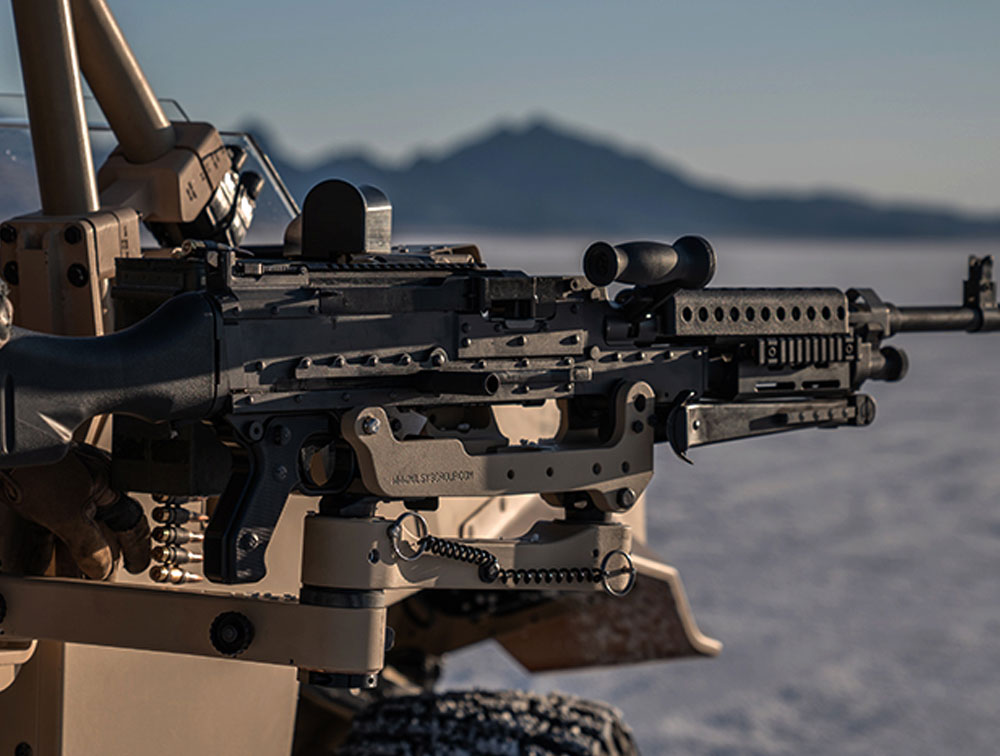 FN America, LLC is pleased to announce that the company has been awarded a firm-fixed-price contract to supply the U.S. Army with M240 series machine gun variants and spare receivers. The contract, awarded through 2026, is multi-faceted and will support both the U.S. Army and other Department of Defense (DoD) programs.

“The U.S. Army contract for the M240 machine gun was the first military contract FN was awarded and the first to be produced from our production facility in South Carolina,” noted Mark Cherpes, President and CEO for FN America, LLC. “We’re incredibly honored to continue our relationship with the Army, supporting them with high quality and reliable weapon systems for our servicemen and women.”

The M240 general purpose machine gun, derived from the FN MAG 58, was adopted by the U.S. military in the late 1970s, and has been in continual service since being introduced. This contract provides a procurement vehicle for the US Army to purchase multiple variants of the M240 machine gun, including the M240 coaxial, the M240B, M240L, M240D and M240H models.

Throughout its history, FN has been one of the largest suppliers of small arms to the U.S. military and continues to develop innovative, future technology. In addition to the M240 and its variants, the company currently holds contracts for the FN M249 lightweight machine gun; the FN MK 46, MK 48, MK 17, and MK 20 SSR for USSOCOM, and various other contracts.

In addition to FN America – headquartered in McLean, VA, with manufacturing operations in Columbia, SC –, FN Herstal is the parent company of FNH UK in the UK and Noptel (optoelectronics) in Finland.