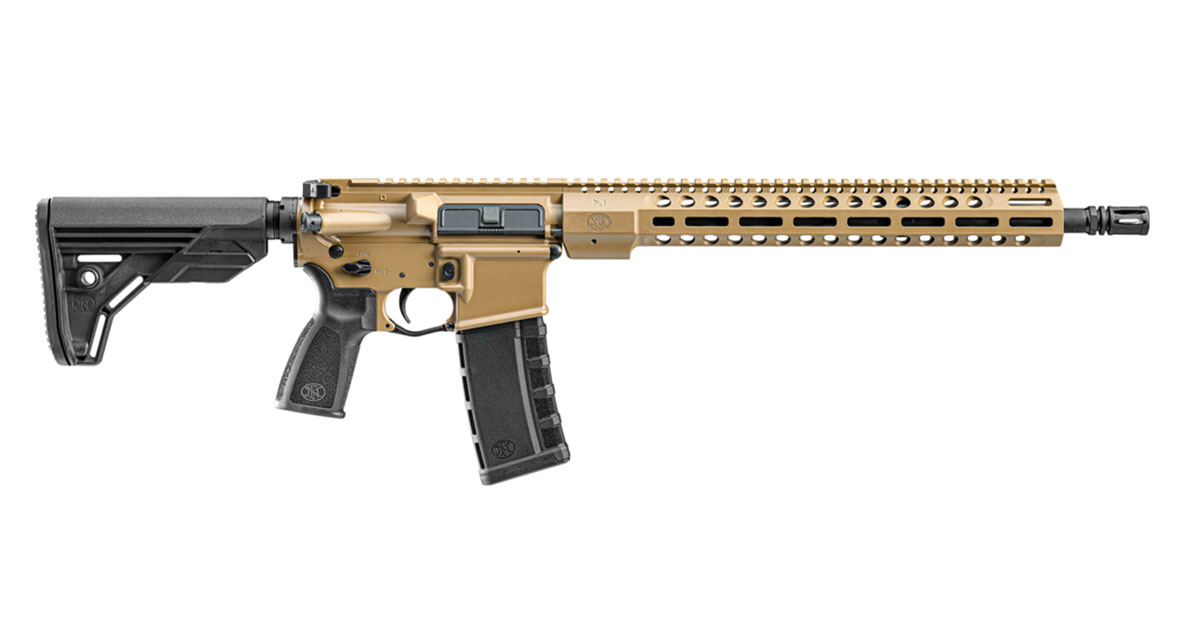 (McLean, VA) FN America, LLC is pleased to announce the release of the all-new FN 15® TAC3 line of carbines. The four configurations offer new colors, finishes, and features. These features include an ambidextrous charging handle and selector and FN’s new custom furniture; developed for improved ergonomics and handling. The new FN 15® TAC3 line of carbines is made to FN’s exacting standards.

“The modern sporting rifle category is the most popular segment of our market. It serves consumers looking for a rifle for shooting sports, hunting, home defense, and general use on the range" said Chris Cole, Vice President of Sales for FN America, LLC. "These customers, whether new to MSRs or experienced, now have access to a professional quality line of rifles with the FN 15 TAC3 and TAC3 Duty. If you're in the market for an MSR that is easily configurable to your needs, delivers superior accuracy, and is highly reliable, then the FN 15 TAC3 is for you.”

Made from FN's proprietary chrome-moly vanadium steel, the cold-hammer-forged 16-inch government-profile barrel is chrome-lined for extended barrel life. It is fully free floated within an extended handguard, delivering the superior accuracy that FN barrels are known for.

The FN 15 TAC3 features a Hodge Defense-designed wedge-lock rail system with a proprietary barrel nut featuring anti-rotation technology for extreme rigidity and reduced deflection. It is available in black anodize or factory Cerakote™ (these colors are like flat dark earth or tungsten gray). The Hodge rail measures nearly 15 inches and offers a continuous MIL-STD 1913 Picatinny rail, allowing users to customize their optic-setup, and multiple M-LOK slots for the addition of lights, lasers, or other accessories.

The FN 15 TAC3 improves handling and enables users to maneuver easily on range, around barriers, and deliver accurate shots on target. It is complete with a new ambidextrous charging handle and low-profile, reversible selector switch made by Radian, and FN’s custom furniture including the 6-position, collapsible buttstock with integrated QD mount, and an ergonomic pistol grip with improved grip angle and texturing.

To learn more about FN’s latest offerings in the FN 15 series of rifles, please visit www.fnamerica.com.