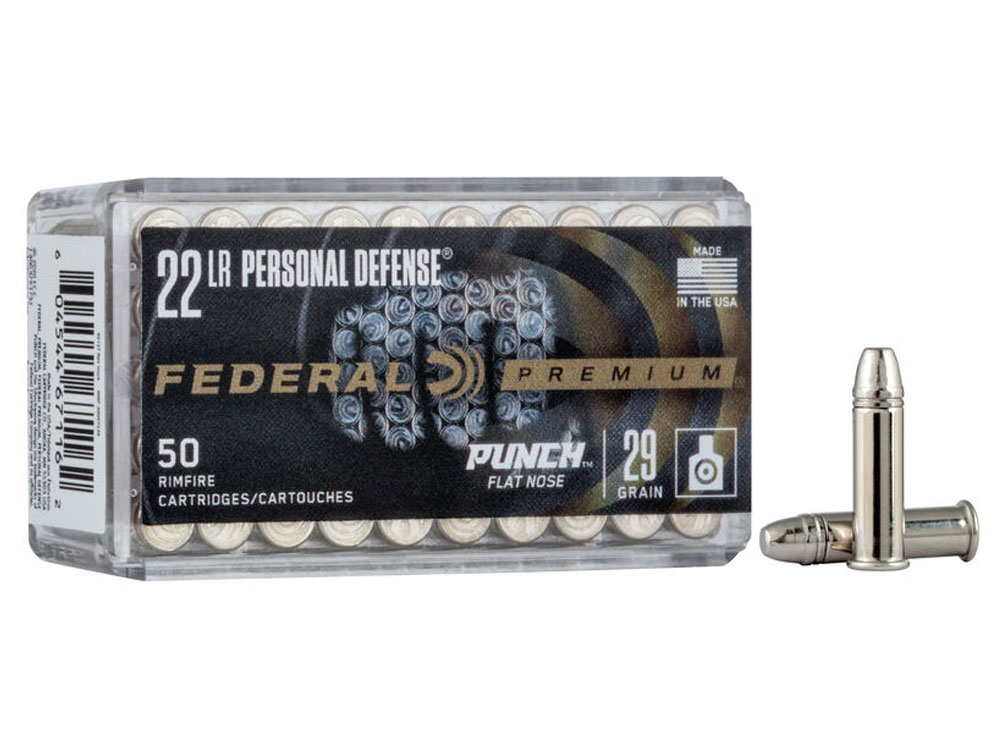 Different shooters have different needs, different limitations, and different firearms. Yet for all those variables, 22 Long Rifle has never really been an option for personal defense—until now. Federal Premium introduces Punch 22 LR, a new load using a first-of-its-kind 29-grain nickel-plated lead-core bullet, pushed at maximum velocities for the deepest penetration through short-barrel handguns. Shipments of this product have begun to arrive at dealers.

“Self-defense isn’t one size fits all. So, whether shooters want to carry a 22 LR handgun as a backup gun, do not feel comfortable with centerfire pistols, or simply want to get more versatility from a rimfire handgun,” said Federal’s Rimfire Product Manager, Dan Compton, “Punch makes the 22 LR cartridge a viable defensive choice for the first time ever.”

The Punch 22 LR bullet is a departure from standard 22 LR design. It features a flat nose and utilizes a heavy nickel-plated jacket around a lead core. So not only does it travel faster than competing 22 projectiles, but its design also deliberately minimizes expansion and retains weight to maintain sufficient straight-line penetration. That is a lot to ask from a .22 bullet, which is why other manufacturers have shied away from the challenge. But Federal’s engineering team pulled it off, giving America’s favorite cartridge a chance to prove itself for protection.

“We’ve talked about making a 22 LR defensive load for some time. We finally decided that people are already carrying 22 LRs, so we might as well build a .22 bullet optimized for protection,” said Compton. “After much research, we decided that for a .22 LR defense bullet, penetration was more important than expansion.”