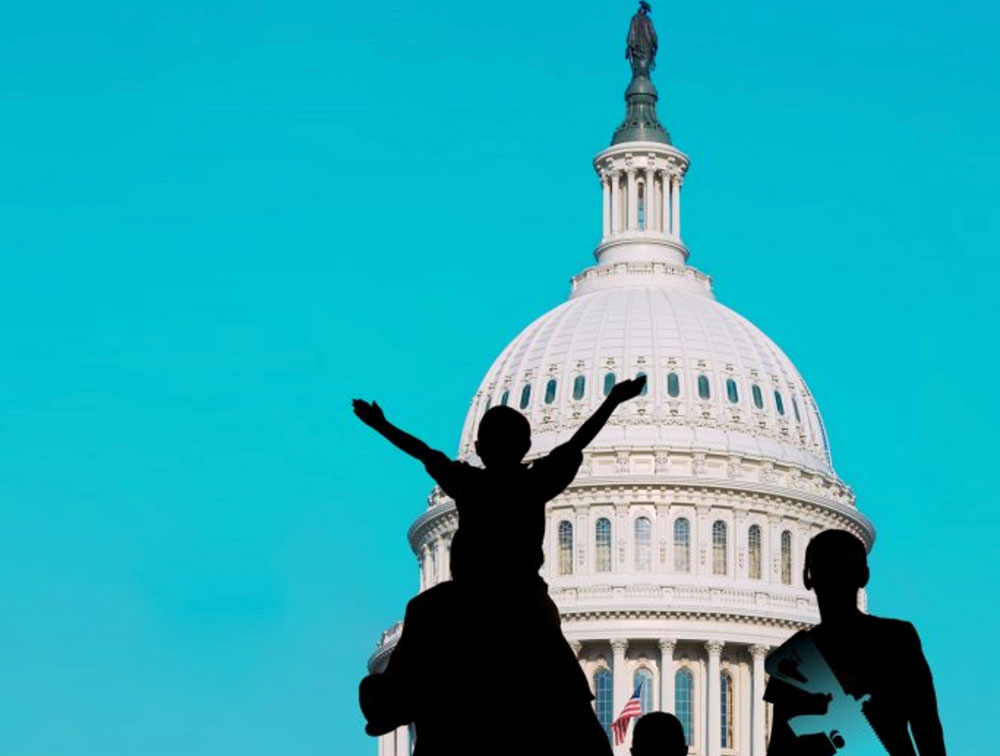 According to DC Project Founder, Dianna Muller, "We encourage our elected policymakers on the Hill to learn why the Second Amendment is crucial to the prevention of violence. This is how we foster bi-partisan collaboration. When law-abiding, pro-gun women who represent a diverse cross-section of America sit before Congress and speak the truth about how gun laws make us unsafe, we are hard to ignore," she said.

Muller's testimony focused on effective solutions to the criminal use of firearms versus the addition of more restrictive gun control laws such as universal background checks and red flag laws.

As the only pro-Second Amendment witness at the hearing, Muller expressed a desire to brainstorm ideas that would save lives. "When average citizens are less capable of defending themselves, criminals are emboldened, crime soars, and communities are less safe."

Muller mentioned a number of grass-root, community-based organizations focused on education and safety including:

Concluding her testimony, Muller said, "The question before us is how do we reduce violence in our country? Instead of exploiting tragedy and pushing pain to push a gun control agenda, let's work together in a non-partisan way to expand programs and deliver measurable results. We will meet, talk, train, whatever we have to do, to achieve safety in our communities through education, not legislation."

Click this link to watch Muller's testimony beginning at the 1:58:20 mark.

DC Project delegate, Ashley Hlebinsky testified before the Senate discussing the long history of privately made firearms in American culture. She began by explaining that throughout history, individual and private gun makers have been essential to both civilians and the government. "They weren't considered a threat to public safety." She stressed that "innovation also means making firearms safer."

She explained to the Senators how the "ghost gun" terminology is misleading and results in unintended consequences for Americans. "The complicated and confusing nature of all of these terms, also neuter the potential efficacy of the laws. And if the goal is to save lives, and the law fails to accomplish what you claim it will, you're not only leaving your constituency down, but you're also leaving them vulnerable to a false sense of security"

In her written testimony, Hlebinsky added, "Making an executive decision to rewrite history can criminalize Americans who are trying to comply with the laws."

Click this link to watch Hlebinsky's testimony beginning at the 39:51 mark.

DC Project Delegate, Nikki Goeser, described how her stalker murdered her husband in a gun-free zone. The very law intended to protect her made her defenseless as she obeyed it and left her legally permitted firearm that she normally carried for self-defense, in her car. She explained how red flag laws put her at risk – as her husband’s killer continues to stalk her from prison and has been granted an early release.

She explained the difficulties she endured in the years following the murder of her husband. "If red flag laws had been in place in my home state of Tenessee, even those with the best of intentions could have had an exaggerated concern and assume they were acting in my best interests by having my guns taken from me. It would be devastating for a victim like me to be unable to protect myself after this stalker violated me in such a horrific and life-altering way. If he comes after me someday, my gun may be the only thing that could save my life," Goeser said.

"In conclusion," she said, "I believe the focus should be on mental health services and facilities in this country focused on education for the public. Training for law enforcement, judges and prosecutors on enforcement of existing laws like the Baker Act, and those similar laws across the nation."

Click this link to watch Goeser's testimony beginning at the 54:04 mark. ‍

"The DC Project encourages you to make your voice heard," said Muller. "Please call your Senators and tell them to vote against expanding background checks in H.R.8 and H.R.1446 and that you oppose the nomination of David Chipman to serve as Director of the ATF. Look up your Senator’s office phone numbers and tell the staffer your concerns and the reason for your call or fill out the email form. Your voice does make a difference!” she said.

Learn more about the DC Project at www.dcproject.info.

About the DC Project

The DC Project affirms that firearms safety and violence prevention are achieved through education, not legislation. We encourage the preservation of America’s gun culture and highlight the diversity and rising demographic of female gun owners through ongoing advocacy because gun rights are women’s rights. According to Muller, “We believe that self-defense is a human right and that we are our own first responders. We understand the importance of preserving the right to protect ourselves. Members of our foundation regularly stand before legislators and lawmakers on the frontlines of this battle to protect this crucial right and make their voices heard through education. Stand with us by donating to the DC Project and wear the color teal to let others know you support the rights of responsible gun owners too.”