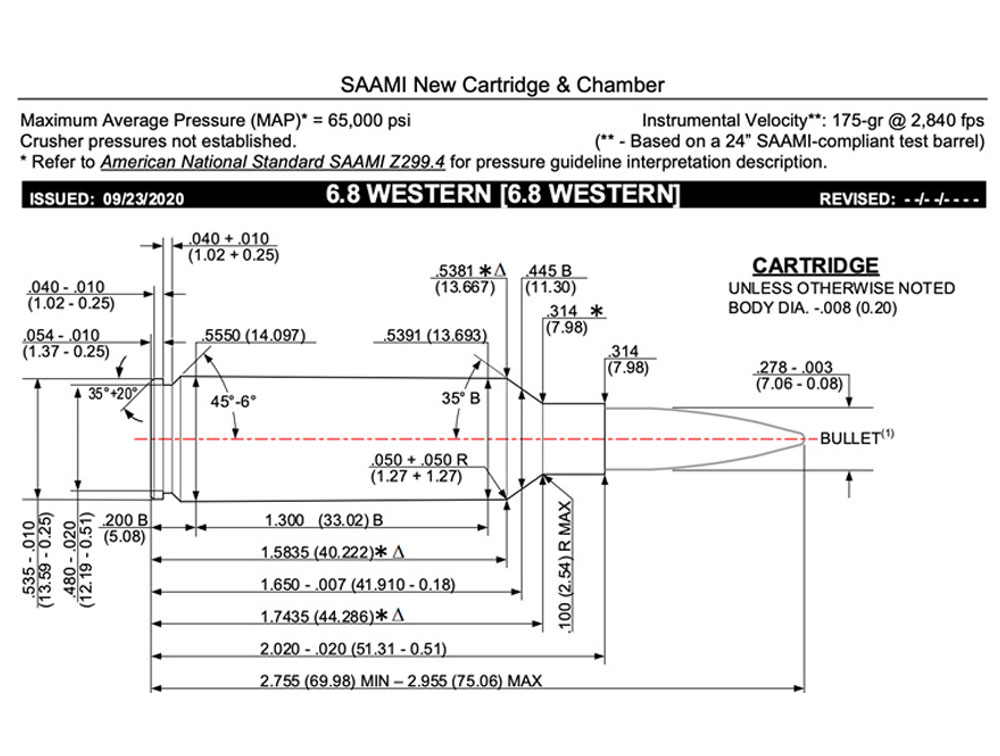 New caliber introductions remain the norm around water cooler talk. In this installment of Cooler Talk, Browning/Winchester introduces the 6.8 Western. This caliber is built for, as the name implies, the Western shooters and hunters.

The 6.8 Western boasts more energy than the 6.5 Creedmoor, 6.5 PRS, and 7mm Remington Magnum. According to Winchester’s documentation, the 6.8 Western has less recoil than calibers like .300 WSM, .300 Winchester Magnum and the .300 PRC.

Bullet offerings for the 6.8 Western include: Accubond LR, Ballistic Silvertip and a Match BTHP for the PRS crowd. The cartridge design allows this to fit into a short action, which offers some weight savings with magnum power.

The heavyweight .277 caliber bullet is designed for 1:8 twist rate barrels, which are faster than traditional twist rates for this caliber. Here are a few stats to throw at you while you debate on whether or not you should jump on the bandwagon.

Currently, rifles available in the 6.8 Western include:

The 6.8 Western is another great option for hunters and shooters looking to increase their effective range while maintaining accuracy. Will it make it into the daily rotation of rifles I choose to take to the big game field? Only time will tell if the 6.8 Western is here to stay. ~ KJ

For more discussion on the 6.8 Western, check out Tom's recent coverage on Gun Talk Radio HERE.