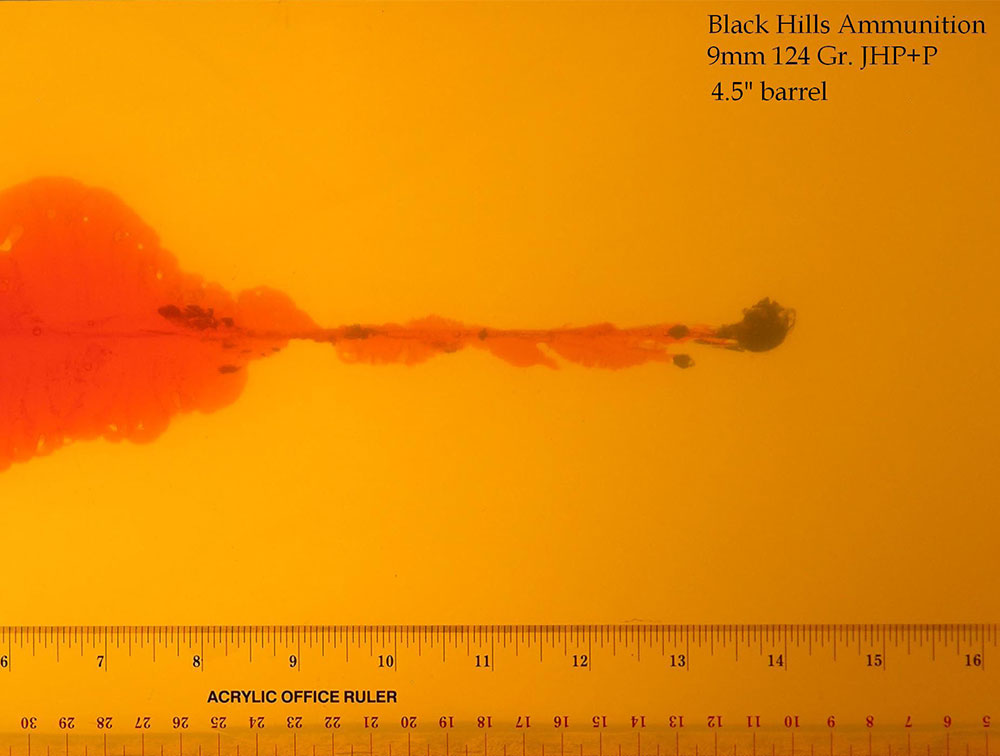 If you’re like me, you burn through a lot of practice ammo but don’t get a lot of time running defensive rounds because they’re so darn expensive. It’s like wearing your Sunday best every day: it’s just not practical. But your life depends on the ammo in your EDC. It better work and it better work well. Just like you never get a second chance to make a first impression, you never get to rewind and try that losing gunfight over again. You’re dead and that’s it. So you need to know your defensive rounds work.

Black Hills Ammunition recently sent me two of its latest defensive rounds to try, both in 9mm:

The hollow points arrived first, and I just happened to need to try out a couple of new guns that Springfield had sent me, so I loaded those up along with my Glock 17 and Smith & Wesson Shield and headed over to an outdoor range where a friend of mine had invited me to shoot. After setting up both steel and paper targets, we stuffed mags and got down to business.

The first two mags were out of the new Springfield XDM Elite 4.5-inch, a gun I happened to be reviewing for another article, and both the gun and ammo ran flawlessly. At 25 yards, my shots were spot on. No misses, no malfunctions.

Next came mags through the Glock, which also ran everything like a champ, through four mags this time. Finally, the Shield, where the ammo performed the same as in the others. We did several iterations of this rotation, all told shooting over 400 rounds without a single misfire or malfunction. The +P shot smoothly and did not feel like an overpressured round.

Overall, the 124 grain JHP + P proved itself a reliable and accurate round that played well with all three guns and showed itself trustworthy of a dependable defensive round.

A couple weeks later, the HoneyBadger™ ammo arrived, so I had yet another excuse to pull out the ol’ range bag and head off to shoot. Any excuse will do, right? I convinced myself it was for science, which sounded like as good an excuse as any. This time I met another friend at The Range St. Louis West, an indoor range, to put these new rounds through their paces. This time I left the Springfield at home but added another gun to the mix: a Walther PPX. If you’re not familiar with that gun, it’s the predecessor to the Creed, Walther’s latest entry level offering. I bought the PPX several years ago on a whim and have loved it ever since. It’s an ugly gun with absolutely zero sexy lines, but it shoots sweet and true with an amazing trigger.

Anyway, we got down to business and sent over 300 rounds downrange through three different guns at distances from 7 to 25 yards. As expected, the 100 grain rounds shot clean with nominal recoil, much less than the 124 grainers. Every bullet fired true, with another perfect set of zero misfires or malfunctions.

Unlike a traditional hollow point, the HoneyBadger’s nose is shaped like a plus, creating four wind channels from front to back, each tapering at the crease where the bullet meets the casing. This design causes a massive amount of air pressure in front of the bullet, almost like a tiny wall of air, that Black Hills claims can cause up to a 2-inch diameter wound cavity in soft tissue. Based on their videos of rounds shot through ballistic gel, I believe it.

Even rounds fired through paper targets reveal this unique trick of physics. The picture below shows a hollow point on the right and the HoneyBadger on the left. Note how different the two holes look, with the HoneyBadger forming a vortex similar to a hurricane or tornado.

The other characteristic of this fluted design is that the bullet doesn’t flatten as easily on impact with soft tissue, allowing better penetration through overlayers such as shirts, jackets, and pants. Sometimes a bullet can begin to spread when it hits the target’s clothing, but the HoneyBadger maintains its shape all the way inside.

Both of these defensive rounds are top performers, elite ballistics. I’ve shot a lot of different loads but none better than these two. In fact, I liked them so much that I have switched my EDC defensive load to the HoneyBadger and will be ordering more from Black Hills. Are they a little more expensive than most other defensive rounds? Yep! But they are not overpriced. They work as advertised, which is what you need when your life depends on what spits out of your gun. ~ David