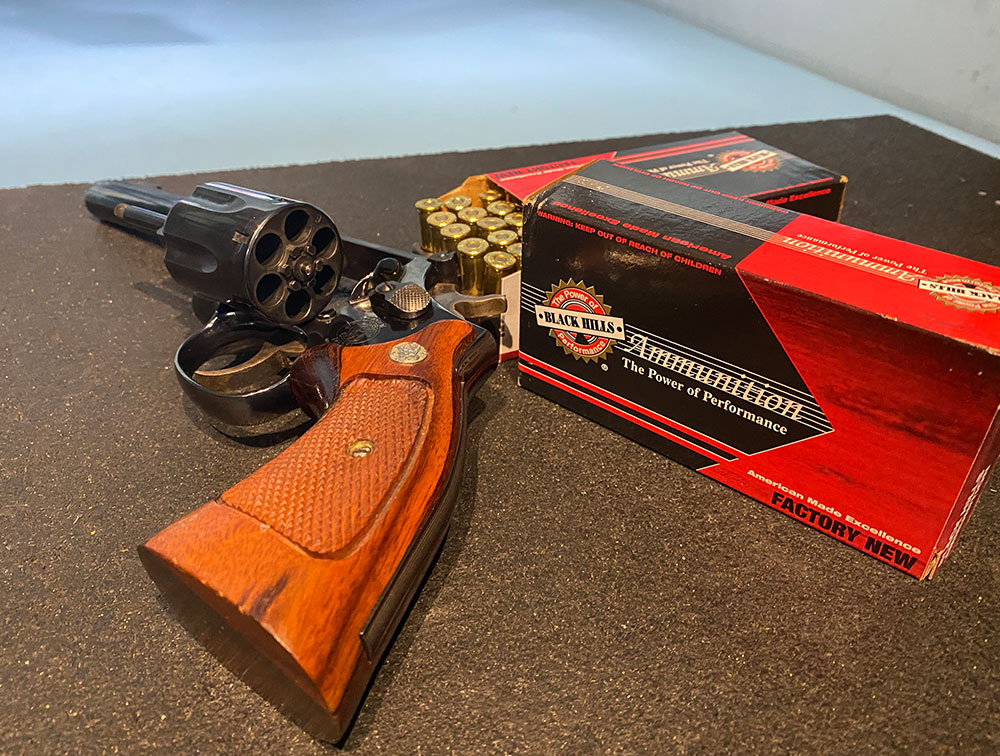 Soft Shooting with a Punch

If you carry a revolver for personal protection, stage it to guard the homestead, or just like to shoot wheel guns, you’ve probably messed around with a ton of different loads and bullet configurations. In the .38 Special world, there are various weights, noses, and pressures, each with its pluses and minuses. So what makes the difference? And what makes Black Hills’ .38 Special 148 Grain HBWCs, well, special?

Let’s start with Black Hills’ overall commitment to quality. First, every part of a Black Hills cartridge is crafted in the United States. There are no foreign parts. Second, every round – not just every box of rounds, but every individual round – is hand inspected before it is packaged and sent to dealers or customers. This commitment to excellence minimizes failures, misfires, dud rounds, and squib loads, adding to each round’s reliability. In fact, of the thousands of Black Hills rounds I have tested, from 9mm to 5.56, not even one has failed. This is critical if you choose Black Hills as your carry ammo. You need it to work every single time, not just most of the time.

Let’s start by saying that, in all fairness, I’m not a big revolver guy. I’m not anti-revolver by any means. They’re just not my first choice. That said, I do like to take them out and play with them occasionally. On this occasion, I took two models – a Smith & Wesson Bodyguard snub nose and a Model 19 with a 6-inch barrel – down to my local shooting range to blast away at some paper.

Everyone knows that larger framed guns absorb recoil better than their smaller cousins. It’s a matter of masses and basic physics. That’s not a surprise. What did surprise me was how much difference this ammo made in not only recoil but sound. Despite shooting inside the concrete box of an indoor range, it sounded almost muffled spitting out the end of the longer barreled gun. I didn’t remove my ear protection for obvious reasons, but I might have been tempted had I been shooting outside. It was that quiet.

As for accuracy, even though the bulk of how accurately ammo shoots falls on the shooter and the gun, ammo does play a small part. And for its small part, this ammo got an Oscar, with accuracy as good as anything I’ve ever shot. I shot the Model 19 in single action and poked more than a few double holes at 10 yards. Pushing out to 15 opened the groups up slightly, but since pistols aren’t intended to be accurate at that range or beyond, I was happy with the tight spreads.

Next came the Bodyguard. One of the biggest complaints about snub nose revolvers, of course, is their kick because of the reduced massed compared to their bigger siblings. Snubbies don’t do a lot to mitigate felt recoil. Some snubbies even hurt to shoot. I had shot this Bodyguard before with loads from other ammo makers and experienced this extra recoil many times. It’s not fun. At the end of the day, thumbs and wrist hurt. But not with these rounds. The Black Hills .38 Special 148 Grain HBWC only shoots at 700 fps, slower than many .22 rounds, so while other .38 Special rounds can beat up the shooter’s hands, this one was almost pleasant to shoot despite the smaller frame.

Overall, the Black Hills .38 Special 148 Grain HBWCs are fun to shoot and as reliable as they get. And with Black Hills’ reputation for quality and ballistic consistency, they rightly earn their spot among the top ammo manufacturers in the nation.