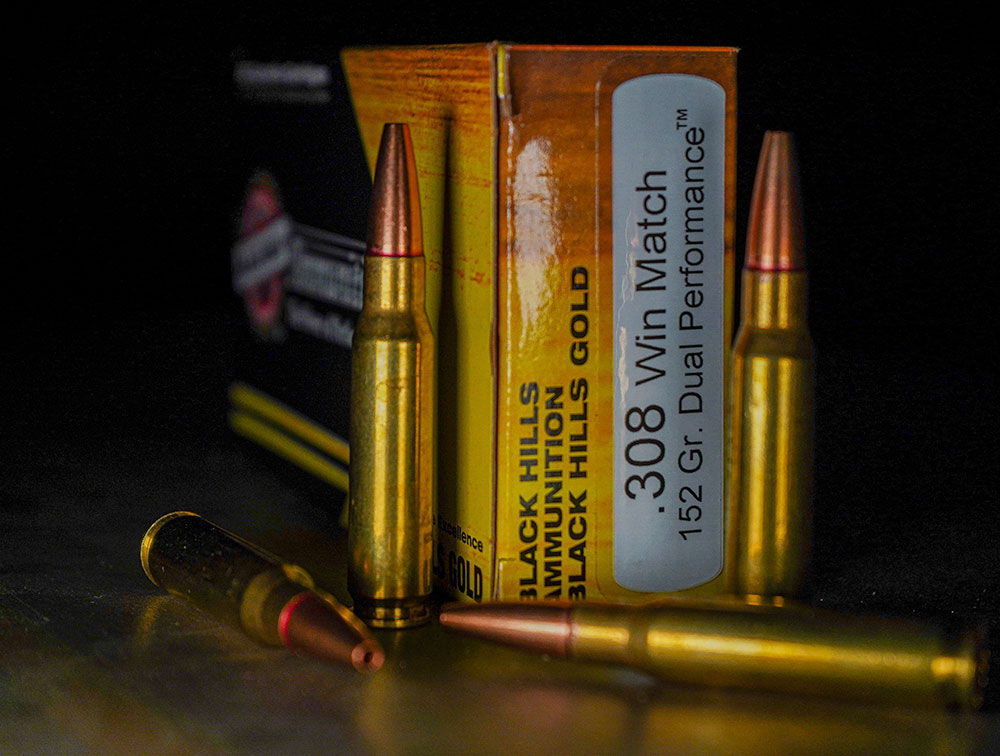 Read through the list and you see the Hornady GMX, Hornady SST, Hornady ELD-M, ELD-X, Sierra TMK, Dual Performance, and Barnes TSX. It’s safe to say that most of us are aware of the majority of the bullet selection. However, I’d bet my bottom dollar that not many know about Dual Performance.

Dual Performance is engineered to inflict great damage, even at longer ranges. The 152-grain monolithic projectile’s nose cavity initiates rapid expansion, which raises four razor-sharp petals. The solid-copper hollow-point bullet retains much of its weight from shot to penetration. Dual Performance is CNC machined and carefully designed to be effective up close and at further distances.

Therein lies the purpose. Dual Performance creates massive wound channels and penetrates deep. Where I see this highly effective is on those barrel-chested brutes. The animals, like elk, that are fighters and can take a while lot of damage. That is where Dual Performance shines. At the rate tags are drawn these days it is wise to take a bullet on the mountain you trust completely.

This is a flat-out tough round. Our number one goal in hunting should be fast, humane kills. Black Hills dedicated itself to develop a hunting bullet that does just that. Velocities for the Dual Performance reach 2800 FPS with 2647 ft. lbs. of energy.

While labeled as a .308 Winchester Match round, the Dual Performance has hunting coursing through its veins. I hate jumping around, bouncing between rounds in the same gun. Once I locate a round a gun likes, I stick with that. There’s no need to go searching for something that may or may not exist.

I know the handloaders would likely disagree with me, but I don’t need to concoct an entire new formula if I’ve found one that already works. Why mess with perfection? Let’s take the Black Hills Dual Performance .308 for example. I’ve got an old Mossberg that is hell-bent on spitting out great groups with a Hornady load. However, I’ve got a Ruger American that eats up the Dual Performance like it’s going out of style. It groups well and the performance from the 152-grain offering is the best for that firearm.

I can’t give you the science behind why, but it’s just the way it is. Please, if you know the science I am all ears.

Black Hills develops new in the old, which I find particularly interesting. While many companies search for new calibers, it’s nice to see a company like Black Hills use modern-day technologies to develop new bullets for old calibers. ~ KJ