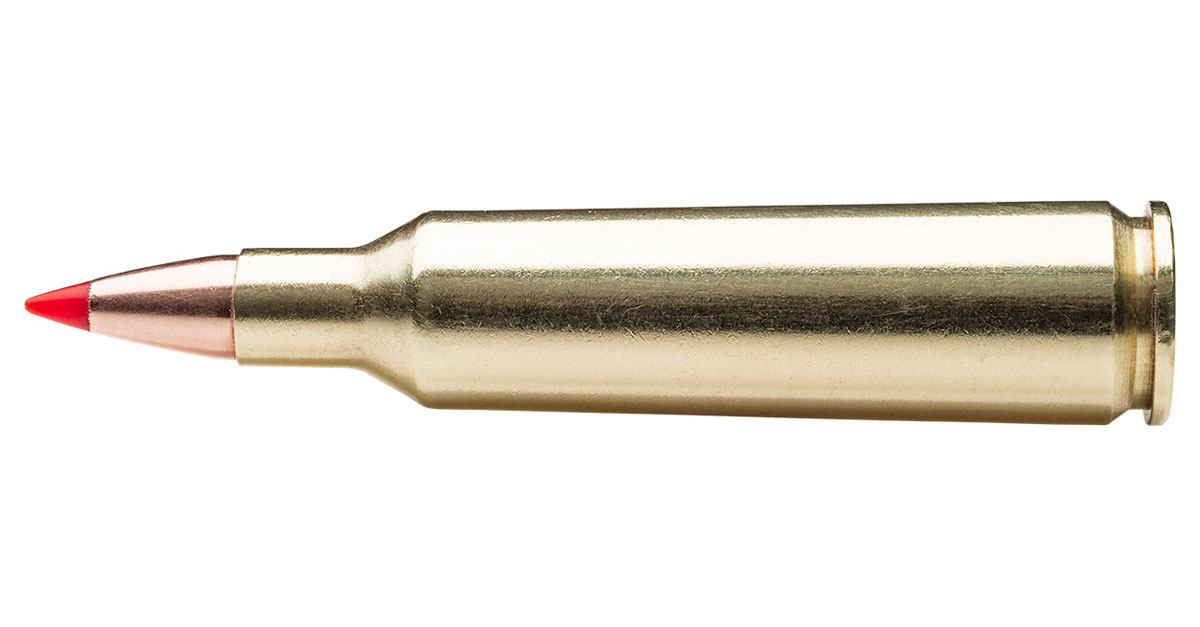 Heated and Ready to Go!

If you’ve kept up with the Gun Talk Media crew then you know we love chasing predators. In our pursuits we’ve utilized just about every cartridge in the book. We’ve shot coyotes with .204 Ruger, .223 Remington, 6.5 CM, .243, 25-06 and many others. However, if given the choice of any I lean heavily on the .22-250. Black Hills Ammo knows a thing or two about ammo and they load some of the best .22—250 on the market.

Here’s a little background on the 22-250 Remington.

The 22-250 is a favored cartridge among predator hunters. The benefits are wide, but here are a few reasons why I love the round. ‍

I don’t know many guys that grow fond of hard-kicking rounds, especially for predators like coyote, fox, or bobcats. I was on a hunt up north where I was targeting large game. My chosen round was a 300 Win. Mag. Like most hunts, you take the opportunities given. As I sit there, a roving pack of coyotes presented themselves.

They were just cruising through when I took aim. The shot was an easy one to make, but I would need to make follow up shots to connect with the rest of the pack. If you’ve hunted enough coyotes you know once the first shot breaks you’ve got to be back on the gun quickly to trim the remaining pack members. Well, I blew the first shot. Panic ensued and I subsequently connected on the second coyote. That was a feat in itself because poor recoil management on my part brought me completely off target.

With the 22-250, there is little to no recoil. This is the round that my son shot his first deer with in 2019. He gushed over the low recoil. Thank goodness he didn’t need a follow up shot on that deer.

The 22-250 doesn’t kick anyway but imagine how light it is with the 36 Gr. Barnes Varmint Grenade. With velocities kickin’ to 4,250 fps, the Black Hills Varmint Grenade is devastating without turning the predator inside out. Once it leaves the muzzle the Grenade extends your distance and drops them where they stand.

I don’t’ know many predator hunters that seek out big cartridges because they possess “knockdown” power. They gravitate to smaller bullets to preserve hide and deliver a clean, ethical kill.

I’ve taken many coyotes with the 22-250 and none of them left the hide in disrepair. Even though we are out thinning the predator population doesn’t mean we don’t want to utilize the animal and preserving hides is what I prefer. This goes to say the Grenade hits hard and leaves hides intact. I’m going to go into story time for a second.

I had a coyote on hard approach after a 13-minute calling set. He ended up meeting his demise at 35 yards. Continuing the calling sequence, I had another coyote expose himself at 360 yards. He wasn’t as likely to come running. He just hung up, and for the life of me I couldn’t get him committed.

The shot broke as he stood looking, searching for the wounded animal that projected itself form the small call box on lying on the ground. On my approach, the dog at shorter distance showed no signs of damage and no trace of exit wound. I expected this with the Varmint Grenade at shorter distances and the coyote didn’t move but 10 feet from where he stood. The second coyote’s wound channel was greater, given the angle of the shot. He was standing, slightly facing me. The bullet entered the front shoulder and never exited the back quarter. Fragments of shoulder bone trailed the bullet through the wound cavity.

This shows the 22-250’s true colors. It’s gentle on hides and dispatches at close and longer ranges. The 22-250 is a thumper when it comes to predators, especially at longer distances. I’m hunting in high winds often, and the Varmint Grenade cuts the wind really good out to 350 yards. These are my simple thoughts on the 22-250 and my experience with the 36 gr. Varmint Grenade.

Jeff Hoffman is the expert when it comes to load development. I had a chance to sit down with him to find out his thoughts on the reasons someone should take a good hard look at the 22-250. Here is what he had to say.

I find value in the 22-250 for many reasons, but the qualities that separate it from most calibers is that it is flat shooting, light recoiling, accurate, and easy for an experienced shooter to spot his own hits and misses for correction of follow-up shots.

The 22-250 really shines with varmints and predators. I have used it on deer, as a matter of fact the first deer I ever shot was with a 22-250. It really isn’t an optimum deer cartridge, not necessarily because of the caliber, but because the ammunition is generally loaded with bullets designed for varmint applications, and not designed for sufficient weight retention to give sufficient penetration on deer, especially at the high velocity the 22-250 generates. It works acceptably for unobstructed boiler room shots, but in my opinion that does not give any margin for shots that don’t go perfectly behind the shoulder.

The twist rate is not appropriate generally for heavier bullets that would be more appropriate for deer. I know lots of folks use it for deer and may take offense at my opinion. The folks that use it successfully have the skill and restraint to pick and place their shots carefully, and if you ask them, they admit that it works for them but may not for lesser skilled shooters.

Much like the .223. Years ago, I shot lots of deer with the .223, using primarily a Hornady 60 grain soft point bullet. It works at .223 velocity, within 200 yards, on standing broadside shots those are my own rules for me that I learned the hard way in shooting deer, observing the results and autopsying the deer. .22 caliber centerfires can be used successfully on deer size game; it’s like dirty Harry said, “A man has got to know his limitations.”

I think occasionally of offering a more robust bullet in a 22-250 loading for those folks (often ranchers) who use the 22-250 for everything (beware the man with one gun). A bullet like the Barnes 55 TSX or Hornady 55 grain GMX, would be a much better choice over the typical varmint bullets due to far better penetration. Bullets at that weight are pretty much the limit for good stability in typical 22-250 twist rates of 1/14.”

If you look at the choices out there and perhaps why you might choose the 36 Gr. Varmint Grenade over the Hornady V-Max is a personal choice. The 36 is faster but lighter. I haven’t run the tables, but I would guess the 50 vmax (BC .255 G1) would shine in comparison at longer ranges with its’ better BC compared to the 36 grain (.183). I have a friend who is a serious trapper and coyote hunter. He loves the 36 grain VG because it drops coyotes “right there”, and doesn’t typically exist, so no fur damage.”~ Jeff Hoffman‍

Don’t discount the 22-250 as a solid varmint round. If you’re serious about predator hunting, the 22-250 should be on your radar or in your rotation. Black Hills Ammo is loading them so don’t miss out if you’re looking for dependable varmint killers. ~ KJ