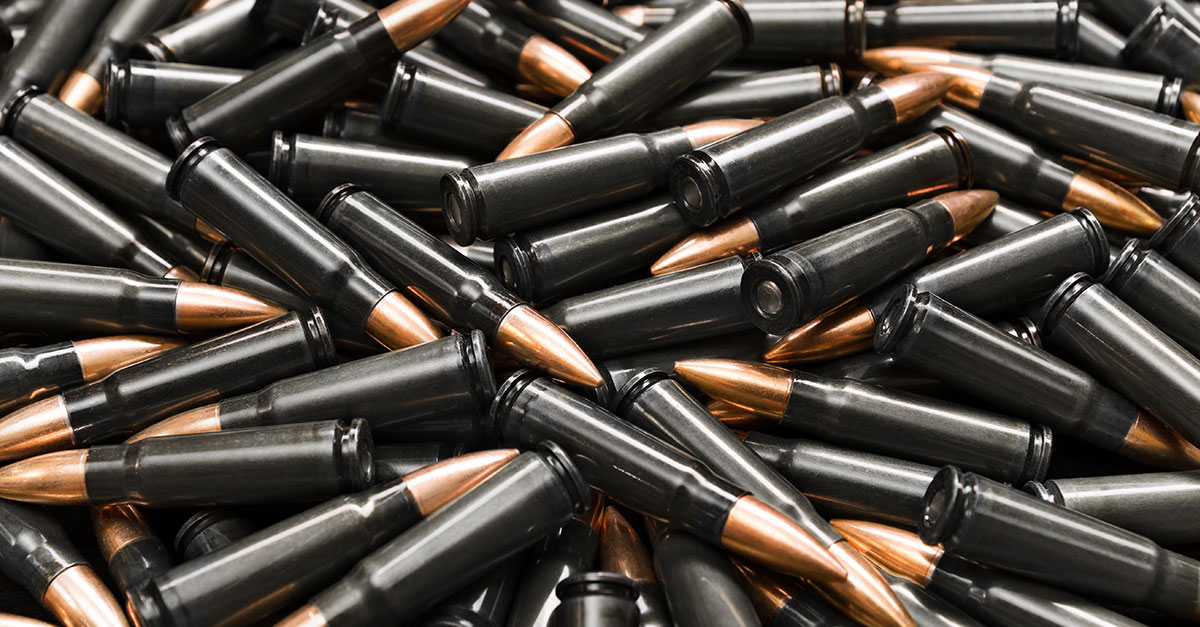 Americans, already facing an ammo shortage, will soon no longer be able to purchase Russian-made ammunition.

The Biden Administration announced on Friday it would stop approving new permits to import Russian-made ammo and guns. The ban will go into effect on September 7th, 2021. It is part of a new round of sanctions against the Russian government over its poisoning and imprisoning of dissident Aleksey Navalny.

“Our actions today – exercised by the U.S. Departments of State, the Treasury, Justice and Commerce – send a clear signal that there will be no impunity for the use of chemical weapons, including for the individuals and organizations involved,” Ned Price, a spokesman for the State Department, said in a statement. “Any use of chemical weapons is unacceptable and contravenes international norms. The United States calls upon Russia to comply with its obligations under the Chemical Weapons Convention.”

The move comes just a few months after domestic ammunition manufacturers warned the ongoing shortage facing Americans could stretch out for years. The scarcity of ammo has led to huge price increases, fewer opportunities for Americans to practice shooting, and even the closure of some shooting ranges. The Biden Administration’s new import ban will further restrict stock as it becomes impossible for American companies to import popular Russian-made brands such as TulAmmo.