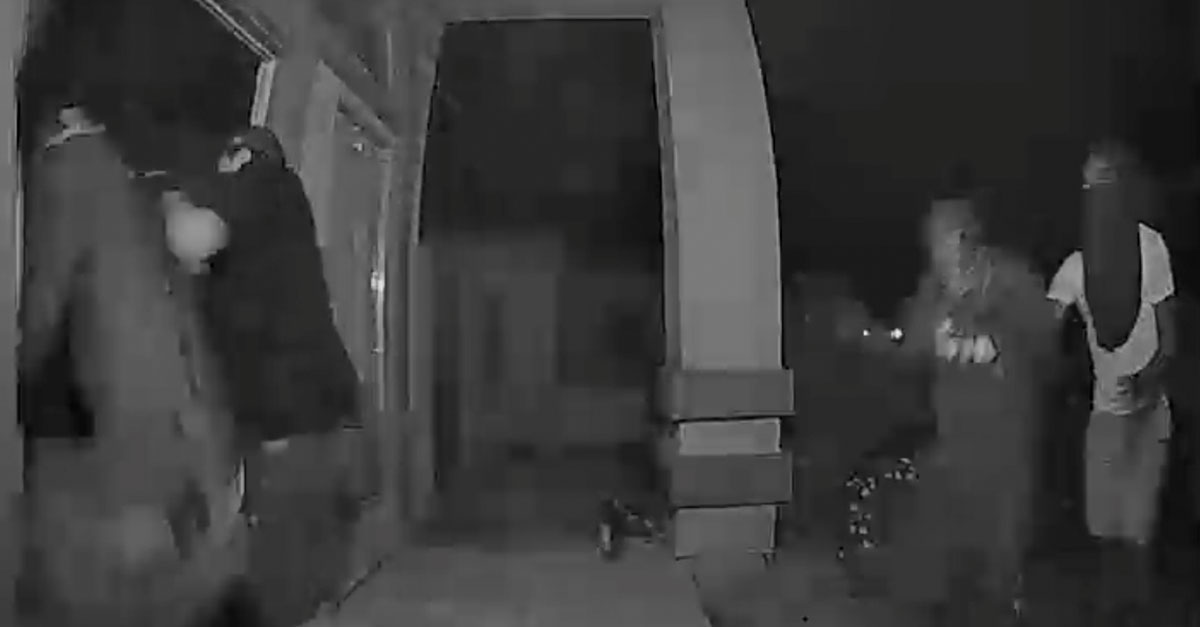 This is pretty wild footage from Phoenix, Arizona, where a homeowner was able to thwart a home invasion thanks to help of his gun and his doorbell camera.

It was just before 4 a.m. back on August 12th when the four men pulled up outside a home on the city’s north side and quickly prepared to kick down the front door. One of the would-be home invaders even spotted the doorbell cam, briefly covering up with his hand before he decided to focus on his task at hand. Once the door was breached, the four men prepared to rush inside, only to be confronted with gunfire from the armed homeowner.