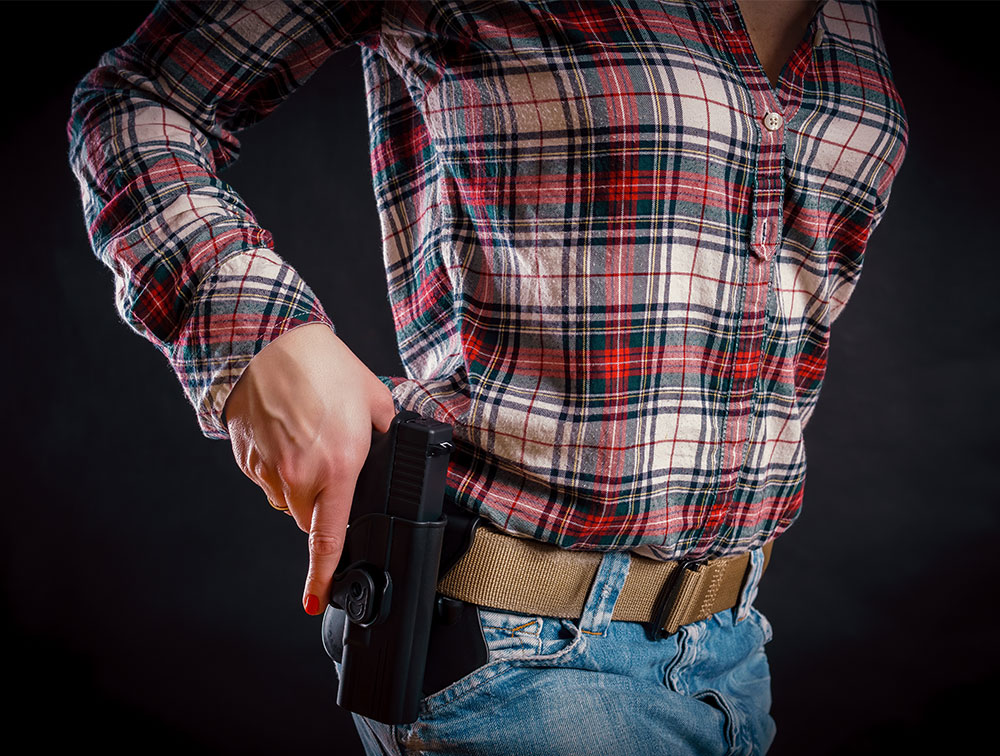 Tiger McKee stops by to share a 2014 piece he wrote. It’s crazy how some things never change. ~ KJ

Last week a Washington, D.C., museum announced that it will display the rifle Charles Whitman used to kill 14 people and wound over thirty others from the top of the University of Texas clock tower in August of 1966. This was a tragic event, but there are lessons to learn from this and other similar situations. It’s important to realize, even though it normally doesn’t receive a lot of media attention, that in this situation armed citizens made a big difference in the outcome.

Whitman, from the top of the tower and with his scoped rifle was wounding and killing people hundreds of yards away. Responding officers were equipped with .38 revolvers and shotguns, which were ineffective at the distances they had to fire from. Using hunting rifles and target rifles private citizens forced Whitman to take cover, preventing him from shooting more people. Then Allen Crum, another armed citizen, led Austin policemen Houston McCoy and Ramiro Martinez to the top of the tower. Crum fired the first shot on Whitman, then McCoy and Martinez put Whitman down. Martinez later publicly credited the armed citizens involved with stopping Whitman’s spree.

More recently, in Brownwood, Texas a man went crazy and began killing neighbors. The first officer on the scene, who was armed with an AR, was pinned down by the shooter’s .30-.30 rifle and couldn’t get a clear shot on the threat, who was behind a large tree. An armed citizen, Vic Stacy, assisted the officer by putting the threat on the ground from about fifty-five yards using his .357 magnum revolver. He rested it on the hood of an RV for stability and accuracy. (You gotta love those old Texans and their magnums!)

There are numerous situations when armed citizens have stopped killers from their intended violence. Unarmed citizens have also been successful in stopping attacks. The main things to keep in mind is that you have to know exactly what is going on, have the skills necessary to solve the problem, and know when to act.

In both examples above the citizens who became involved knew exactly what was occurring. Sometimes it’s easy to distinguish the good guys from the bad guys. In other situations, determining who and what’s happening can be difficult, especially if you’re not on scene at the beginning of the action. If you’re not absolutely sure about what’s occurring, then stay out of it.

Having the skills necessary to actually assist - and affect the outcome of the confrontation - is mandatory. Vic Stacy knew what was happening, and had used his .357 for hunting; he was very capable of making the shots he fired, and was familiar with the terrain to know he had a safe angle of fire. Compare this to a crowded theatre, in the dark, with a couple of hundred people running around and a threat firing into the crowd. This would be a very difficult problem to solve, and it would require someone with a high skill rating to engage the threat successfully.

It’s also important to know when to act. For example, during force-on-force training a lot of people will immediately jump into the action without checking first for things like additional threat. Remember, over fifty percent of violent actions involve more than one threat. The situation may require you to play the victim until a window of opportunity is opened. Every conflict is different. Equally important, is understanding when not to act or become involved. Be sure you can actually contribute to solving the problem, and not create more trouble or harm.

Ultimately, fighting is problem solving at high speed. Making decisions under stress is only possible if your skills - like drawing the pistol, marksmanship, the use of cover, and the techniques needed to solve the problem - are squared away in advance. So make it a point to practice, a lot. Play the what-if game in your head, getting used to thinking about what might happen and how to solve it. Then, if your time comes, you’re sure what to do and how to do it. See you next year. ~ Tiger