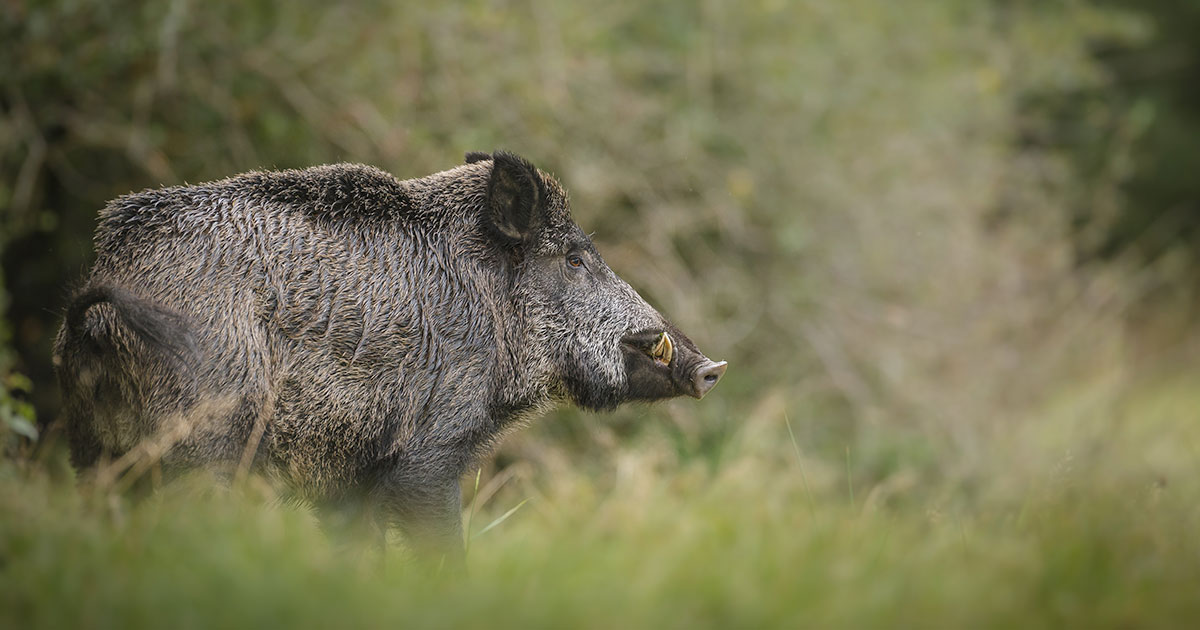 If you want to access more hunting property, there is one thing you need to give – effort. You'll also need some ATN thermal to correctly deliver the knockout punch to feral pigs.

I grew up on a farm in rural Oklahoma. Many days were spent tending livestock, hopeful none fell to predators. I’ve got many family members that maintain the ranching are farming lifestyle. I’ve since moved on, but I continue to do my best to help preserve their crops and stock one coyote and one feral pig at a time.

Farmer’s and rancher’s lives are in the soil and on those pastures. Keeping money in their pocketbooks and the ability to sustain their lifestyle is what matters most.

It’s been preached across the country that feral pig populations are exploding. The current estimation of wild pigs in the United States is over 6 million.

Feral hogs cause severe damage to property, ecosystems, native species, crops, livestock, and historic resources. There are also incidents where innocent bystanders encounter wild hogs, resulting in bodily harm. These occurrences are rare, but they do happen.

It is estimated that feral pigs cost the United States more than $2.0 billion yearly in total damages and control costs. Please note: my numbers and estimations come from the USDA's website. So, we know the situation is dire, but how can you help? It’s simple. Hit the pavement and take the numbers to landowners. Harvesting feral hogs off their crops and property could be your ticket to more hunting properties.

There are many farmers out there that just won't budge on hunting access. However, if you approach it correctly, you could ease into a partnership. Even though turkeys and deer aren’t on the table, pigs could be your ticket to access. You can throw coyotes into the mix if they have small pets around because nobody wants Fluffy eaten by a mangy coyote.

I've got buddies that have accumulated access to some of the finest deer properties by beginning with feral hog control. Now, that being said, there are some details that you can't forget. Let the landowner know the following:

2)    Ask permission every time you call.

3)    Offer an invite. Provide all the equipment and gear for them.

These rules seem easy, but many folks forget that a simple, kind gesture goes a long way to maintaining relationships.

I assume you've got the rifle squared away. The only thing you need is night vision. I'll throw it out there, and you may fight me on it, but you need to invest some money. Thermal imagery has come a long way in the last couple of years.

It no longer costs $15k to get started. ATN is the leader in introducing people to the joys of night-time predator eradication at a price you can’t pass up. Let’s look at my favorite in the lineup, the ThOR 4.

Choose the highest sensor you can on the ThOR 4 is 640x480. With that resolution, you can practically count the hair follicles on a hog at 100 yards. The detail is stunning, no matter the distance. This sensor's detection range increases to 830 meters, and positive target identification at 225 meters.

Like many other ATN optics, the ThOR 4 can record video and has a battery life that exceeds 15 hours. I've taken the ThOR 4 out for a weekend hunt and never charged the battery. I even had enough battery left to enjoy an afternoon on the range.

I hunt a bunch of open range areas with unknown distances. So, how do you cope with longer-range shots using thermal? ATN has that worked out too. Depending on your load, you can program the variance between hash marks in Mils into the ThOR 4's Smart Mil-Dot reticle. The ThOR 4 has a ballistic calculator built to provide precise shots to longer-range targets.

Before you hunt, familiarize yourself with the optic. The last thing you want to do is learn the optic the first night you’re on the hunt. One aspect of all ATN products is their intuitive design. I've never had an issue figuring the system out without instructions. It is easy to navigate through the screens to change ID colors and screen brightness.

When you head out to the field, never turn it off. If you take long drives, go ahead and power down, but if you find yourself sitting on a field edge lying in wait, leave the optic on for future use. I distinctly remember turning on the optic as hogs entered the field only to blind myself with the previous screen brightness on high. I just used the optic during the daylight hours and hadn't taken time to adjust the levels before engaging during the night hours. This would have been avoided if I had just taken the time to leave the optic on and shift my brightness levels. Let's call it a rookie mistake.

Big game hunting access has to start somewhere. So, why not hunt feral hogs while building the foundation? You will do the farmers and ranchers a great service by putting money back in their wallets. Don't forget to share your experience. ~ KJ