A Short Story on the Winchester Model 87 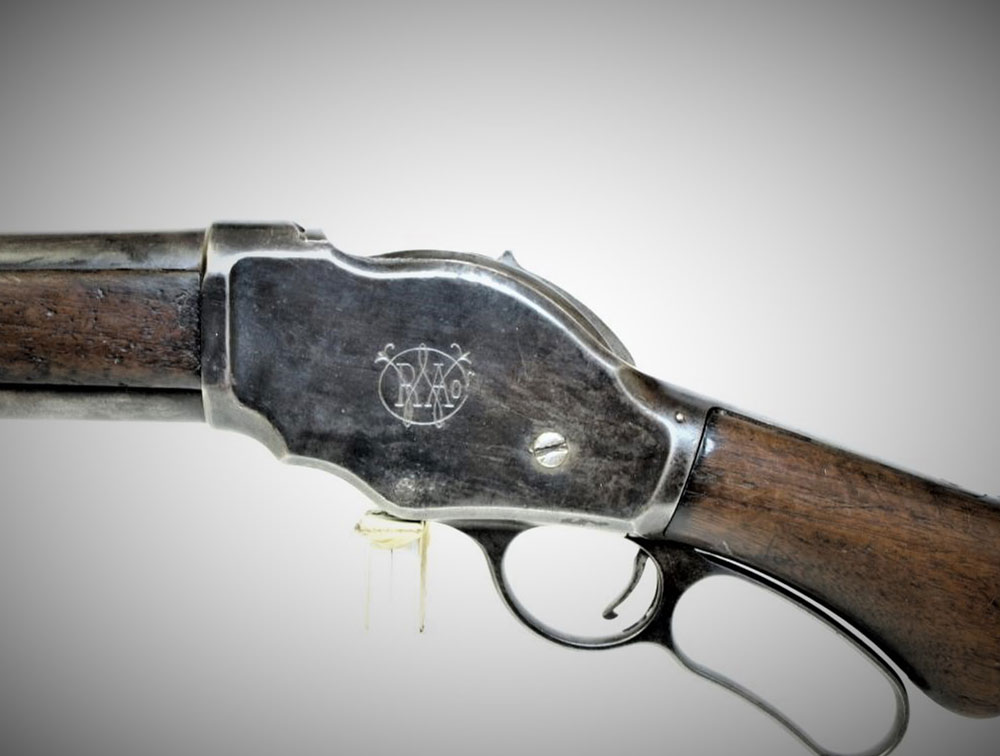 Growing up in Joplin, MO, in the 1950s, I had an older friend who proudly owned a Daisy Red Ryder BB rifle. The lever action of that classic Model 1938 helped fuel my early interest in firearms.

Hop ahead to 1981 when my paternal grandfather died and I inherited his Marlin 39A in .22, a Colt 1903 in .32ACP, a Daisy Powerline pump BB rifle, and two Winchester Model 1887s in 12-gauge. One of the shotguns was in nice condition with clear markings, and most of the metal and wood finish was good. The action was smooth and obviously had not seen much use.

The other shotgun was in three pieces, the stock, action and barrel in one piece; and the two sides of the forearm. My dad told me his younger brother, in past days, took the gun apart and never put it back together, but somehow he did scour off all the metal finish!

I really didn’t know what I had with the shotguns. But, that changed with a 1989 trip to the Cody Firearms Museum at the Buffalo Bill Center of the West in Cody, WY. I’d recently moved to Lander, WY, so the trip to Cody was a short scenic drive.

In the Center’s Winchester Museum, on display was the Model 87 Winchester lever-action shotgun I recognized immediately, and it certainly got my attention.

Since the museum offered user-friendly on-site research, I read up on the history of the 87. The Model 87 shotgun was short-lived with limited production, and was inspired apparently by the successful Winchester’s Model 1873. The Wikipedia site currently notes that:

“The Model 1887 was one of the first successful repeating shotguns. Its lever-action design was chosen at the behest of the Winchester Repeating Arms Company, best known at the time as manufacturers of lever-action rifles such as the Winchester Model 1873.”

“Designer John Browning suggested that a pump-action would be much more appropriate for a repeating shotgun, but Winchester management's position was that, at the time, the company was known as a "lever-action firearm company", and felt that their new shotgun must also be a lever-action for reasons of brand recognition.”

“The standard barrel length was 30" with 32" available as a special order. In 1888 a 20" barreled version could be ordered and Winchester offered the shotguns with Damascus barrels.”

I know both of my 87s had 30-inch barrels with a five-round tubular magazine, and I never even tried to put a shell in the chamber of the intact shotgun as all I had were high-brass rounds. Temptation certainly was there, but good judgment prevailed.

Further Internet study of the Model 1897 found that, “By 1900 it was soon realized that the action on the M1887 was not strong enough to handle early smokeless powder shotshells, and so a redesign resulted in the stronger Winchester Model 1901, 10-gauge only, to handle the advent of the more powerful smokeless powder. A 12-gauge chambering was not offered, as Winchester did not want the Model 1901 to compete with their successful 12-gauge Model 1897 pump-action shotgun. Other distinguishing characteristics of the Model 1901 are:

My two 87s had the “WRA Co.” monogram engraved on the left side of the receiver, and were case-color hardened.

Although a technically sound gun design, the market for lever-action shotguns fell, as John Browning had predicted, after the introduction of the Winchester 1897 and other pump shotguns.

An article at Ammoland.com provided some history on the 87.

“The Winchester 1887 lever-action shotgun was originally designed by John M. Browning and one of the guns considered to have won the West. Used predominately in the waning days of the taming of the frontier, it was Arizona Sheriff John Slaughter’s favorite gun for cleaning up the Arizona territory, as well as a superb hunting shotgun for a variety of game from fowl to buffalo. It was an exceptional defensive gun used by railroad messengers on the Denver to Rio Grande rail lines during a time of frequent bandit action and robberies.”

While the 87 met with limited commercial success, the shotgun wound up starring in the 1991 movie, Terminator 2, and in a video game, Call of Duty: Modern Warfare 2. I did not find much in the way of pricing for original 87s, but did find one entry at D4 Guns for a 10-gauge at $2,999.99.

Out of production does not mean forgotten as replica model 87s are on the commercial market from ADI Limited, of Australia; the Chinese Norinco firm and its PW87 with a price about $325; and Italian Chiappa Firearms with prices more than $1,000 on five configurations.

For another review about the 87 and the PW87, take a look at this article from Guns.com.

A newcomer to the 87 game is from Cimarron Firearms with planned introduction pending. Configured in both a field and a high grade, the shotgun’s classic 87 design chambers 3-inch 12-gauge shotshells. The company told me on the phone the base price point on the 20-inch barrel shotgun is $552.50 and the 30-inch is $554.70.

Henry also makes lever-action shotguns, but only in .410 based on a traditional lever design. The price starts at $829.00.

For an old-West flavor, the Model 87 is an interesting design with Cowboy shooting sparking even more interest. On the international side, some countries prohibit pump-action and semiauto shotguns.

I have no idea how my grandfather got the two 87s, but perhaps they belonged to his dad. I could not take personal photos of the shotguns. Unfortunately with life’s circumstances, I no longer have the 87s, but they still retain fascinating and wonderful mysteries that plague and enhance firearms history, research and memories.