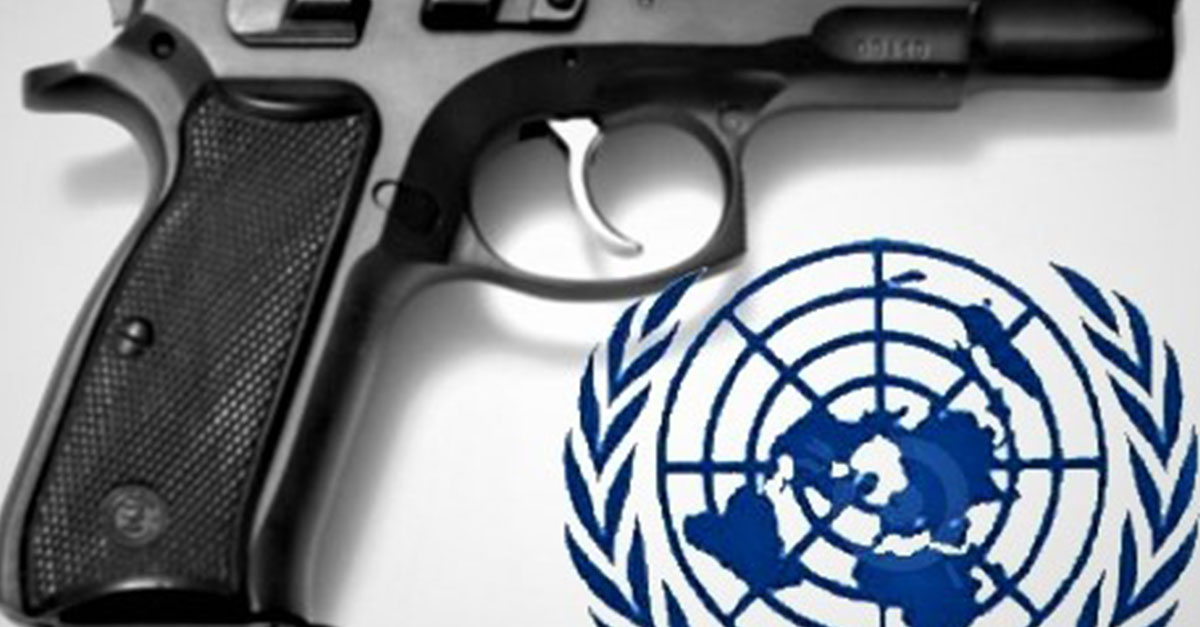 I recently received a letter from Kentucky Sen. Rand Paul about the U.N. Small Arms Trade Treaty being “the Gun Control Lobby’s crown jewel for decades.” Those of us who receive e-mail and snail-mail on firearms and 2nd Amendment issues no doubt probably get requests to contact U.S. senators to express concern about the potential adoption of the treaty.

What can it mean to firearms owners and proponents of our 2nd Amendment rights, if the Biden administration, as it has promised to do, signs on to the correctly titled U.N. Arms Trade Treaty? The treaty does mention small arms, but also heavier armament such as tanks. The overall focus of the treat language is international trade.

The HuffPost reported that the treaty originated in 2006. The Obama administration in late 2013 “joined 114 other countries and signed the UN Arms Trade Treaty, immediately setting off howls of protest by the NRA and its congressional supporters insisting this was another example of the administration's desire to disarm America and take away everyone's guns. According to Senator Bob Corker (R-Tenn.) the treaty undermines Second Amendment guarantees because it does not define gun ownership as a fundamental right and requires identification of end users which could result in the registration of all guns.”

Later, The Guardian reported that in 2019 at an NRA meeting, Donald Trump derailed the treaty by withdrawing U.S. support.

”Donald Trump has announced that the US will withdraw its support for a United Nations treaty regulating the multibillion-dollar global arms trade.

Addressing the National Rifle Association (NRA) in Indianapolis, the president said he would revoke America’s status as a signatory of the arms trade treaty regulating conventional weapons including small arms, battle tanks, combat aircraft and warships.

‘My administration will never ratify the UN arms trade treaty,’ Trump said. ‘We’re taking our signature back. The United Nations will soon receive a formal notice that America is rejecting this treaty.’

Trump added: ‘Under my administration, we will never surrender American sovereignty to anyone. We will never allow foreign bureaucrats to trample on your second amendment freedom. I’m officially announcing today that the United States will be revoking the effect of America’s signature from this badly misguided treaty.’”

The NRA has expressed concern that the treaty would impose not just a national firearms registry, as the Biden administration proposes, but an international registry as well, with a heavy focus on imported as well as exported firearms.

As many of us have heard often, “registration leads to confiscation.” Looking at history, we find in The Truth About Guns:

“In 1941, Congress passed the Property Requisition Act. The government, in anticipation of war, authorized the government to take certain property from industry. The one thing the law specifically forbade was gun registration, thus reaffirming Second Amendment rights.

Today, gun registration and prohibition schemes are described as benign, progressive, and ‘commonsense.’ We are told that the government is inherently good and there is nothing to fear. The records will remain in ‘the right hands.’

We heard these words a century ago in the Weimar Republic. It is the Second Amendment that stands in the way of the Weimar Republic-American style. It is not some relic of the 18th century. It is what separates the United States from tyranny. It is also what keeps history from repeating itself.”

Although Obama’s Sec. of State John Kerry in 2013 signed onto the treaty, he also noted that “nothing in this treaty could ever infringe on the rights of American citizens under our domestic law or the Constitution, including the Second Amendment.”

So do we need to worry about this UN treaty becoming reality? As long as Republicans have a substantial presence in the U.S. Senate, probably not, as treaty ratification requires a 2/3 Senate vote. But never underestimate the Democrats’ political shenanigans such as bypassing filibuster to raise the debt ceiling on Dec. 9, and anti-firearms stances of the Biden administration and the United Nations.

And now we need to add the Kyle Rittenhouse acquittal, plus the alleged allegations about his use of self defense with a firearm against unarmed and armed assailants in Kenosha, WI.

As Kenosha County Assistant District Attorney Thomas Binger said in reference to Rittenhouse defending himself, "You can't claim self-defense against an unarmed man. You lose the right to self-defense when you're the one who brought the gun."

In my thinking, the Rittenhouse acquittal already has fueled even more liberal pushback against self defense and the 2nd Amendment. Don’t forget to add labels of racism and white supremacy being applied to Rittenhouse and firearms owners in general. For good measure, throw in the Ahmaud Arbery case in Georgia and the trial involving a police officer’s alleged mistaken Taser®/firearm shooting of motorist Daunte Wright in Minnesota.

Know and understand what is facing firearms owners nowadays with politics, court trials and legal interpretations as we Stay safe, be prepared. ~ Mike