What is The Focus of Community Policing? 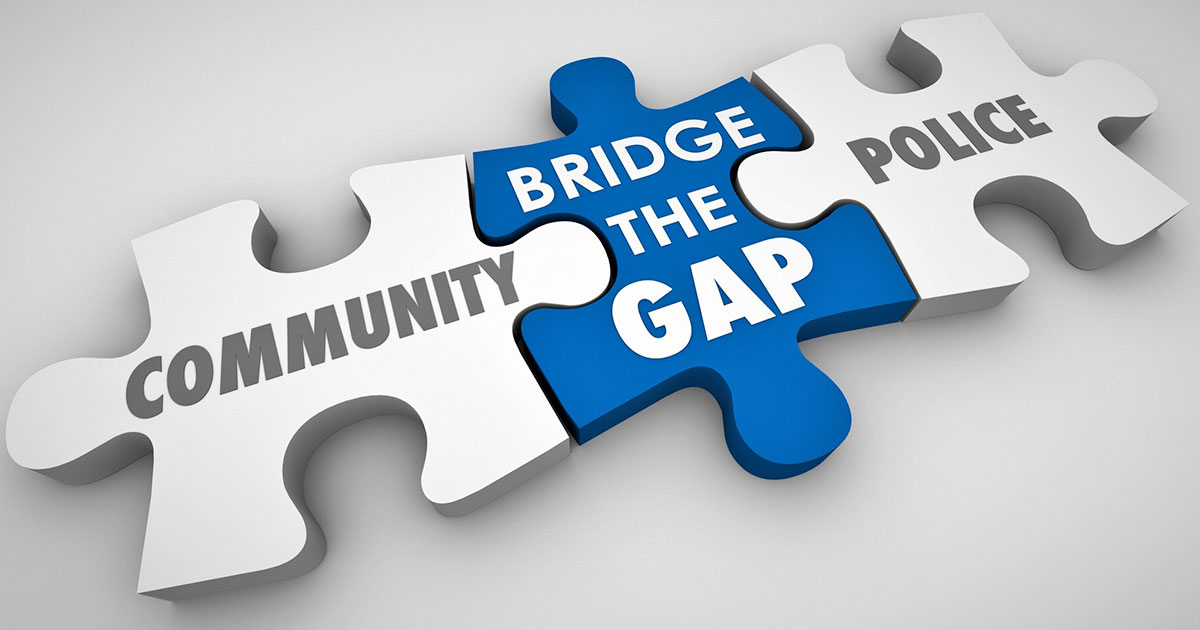 “Community policing” is a popular phrase, but what is it and how does it work?

I became familiar with community policing while working with the Boise, Idaho, Police Department, but I wondered how things differed from metro areas to small city/county areas. To find out, I asked a 27-year police veteran and candidate for county sheriff in northwestern Arkansas.

Brad Handley owns and operates Handley Investigation and Security Services LLC in Holiday Island, AR. He also built, owns and operates an indoor range, the topic of my Oct. 26, 2021 article on the new range in a small city.

In addition to his current work, Handley decided to enter the race for sheriff of Carroll County, AR, population of about 28,250. Topping his need-to-do list is rebuilding trust in community policing. That idea should resonate with Gun Talk readers and others as well.

There obviously are differences between larger city law enforcement and what many of us find on a daily basis in rural or semirural areas of the country.

“Small community law enforcement is seen more by the people than bigger law enforcement areas. This means that people know their officers. This is why community policing is so important. If the public knows and respects the efforts of its officers, then residents will assist officers in solving and preventing crime”, and Handley added how this can take place.

“Law enforcement should be seen where they are needed. They should be approachable. They should talk to citizens and learn what is going on around that citizen’s neighborhood. This is a true asset of working in small communities, and it should be taken advantage of.”

Handley said there is increasing pressure on law enforcement to do a better job.

“First off, law enforcement is scrutinized more now than ever before. This is because of social media, video cameras everywhere, and national news coverage. A lot of law enforcement officers dread this, but they shouldn’t,” he said.

“Law enforcement today needs to take advantage of this. Body cams should be used, a public relations officer should be utilized. Transparency with the community should be offered and implemented. Look, police are human. We will make mistakes.”

“No one is perfect. However, if the fact of any given circumstance is openly presented and the officer is right, then he/she will be ok. It’s a minefield of misinformation and judgmental people out there,” he added.

Some incidents with law-enforcement may involve “armchair quarterbacking” by the news media and others who were not present, and perhaps just saw biased coverage. I would wager most Gun Talk readers are aware of biased news sources.

However, “If an officer is right and justified, then the evidence should stand on its own. I wasn’t there, you weren’t there, so let’s see the evidence of wrongdoing before we pass judgement,” he added.

Training is a key issue and certainly has been in the news.

“Law-enforcement leaders should always find the time for officers to train as much as possible. Leaders should utilize what they have available and require officers to attend designated training,” he said. “We respond as we train.”

Budget concerns affect training as well as community policing, and he added his views on defunding the police.

”Defunding the police is not going to work, ever. All that will do is put fewer officers on the street at a time when crime rates are going up. This is ludicrous. So, crime rates are rising, and because of a few bad apples, are we going to lower our police forces, increase our response time and not protect our citizens? This makes no sense to me at all.”

Some defunding plans call for using social workers instead of police to intervene, but considering the outcomes could raise caution.

“So, let’s hire some social workers and send them unarmed into a violent domestic and let them talk to the aggressor?” Handley said.  “I have been to many domestic violence calls. I can assure you that the victim needs more than having the suspect talked to. Will the social worker be willing to go into that situation? What will the outcome be? This will not work, and it is already being proven in certain parts of our country.”

Budget concerns surround us, especially now. Money is tight everywhere and it is going to get tighter with inflation hikes and with politics excessively driving decision-making.

On complaints about law enforcement, Handley cites the need for transparency with community policing and citizen involvement to build and maintain trust.

“People call in complaints on law enforcement officers and you would be surprised how many are proven false. They are made out of anger because the officer did his job, and people get mad when they are given a ticket or arrested for a crime. They want revenge on the officer. Every complaint should be looked at.”

“If a law enforcement leader sees that an officer is acting wrong, being rude, or whatever the complaint is, then the officer should be held accountable,” Handley added.

As a longtime journalist, I believe effective communications is key to transparency and building relationships.

“Talk to people. Be where you should be. Let people know that you’re there for them and want to help make their area a better place. Earn their trust. Listen to their concerns and act on them. It’s what we are paid to do,” he concluded.

On firearms and the Second Amendment, Handley mirrors the thoughts of many Gun Talk readers in that firearms rights are important. And I agree with him that we both are glad we live in Arkansas.

“Arkansas does not require a permit to buy a firearm and has Constitutional carry. Arkansas is an open carry state, but realistically, most people choose not to open carry. They simply choose!”

“This means they have the right and ability to make their own choice and not have the government tell them what they can and can’t do with their Second Amendment rights. Let’s be honest here, if we took all the guns away, the criminals would still have theirs.”

The needs for effective law enforcement and community policing will not decrease, Handley said. I would agree.

While some in law enforcement may have differing views and some even attribute Constitutional carry and other rights as a potential cause of increased crime, Handley’s views are refreshing and certainly in line with mine.

More positive citizen and law-enforcement interaction through community policing is a solid way to Stay safe, be prepared. ~ Mike

‍Mike now calls Northwestern Arkansas home, but has lived and worked in several states and internationally. He has been an independent contractor and consultant since 2006 specializing in risk management, emergency management and training, worked as a law-enforcement planner and technical writer with the Boise, Idaho, Police Department, and also worked as an outfitter’s guide.