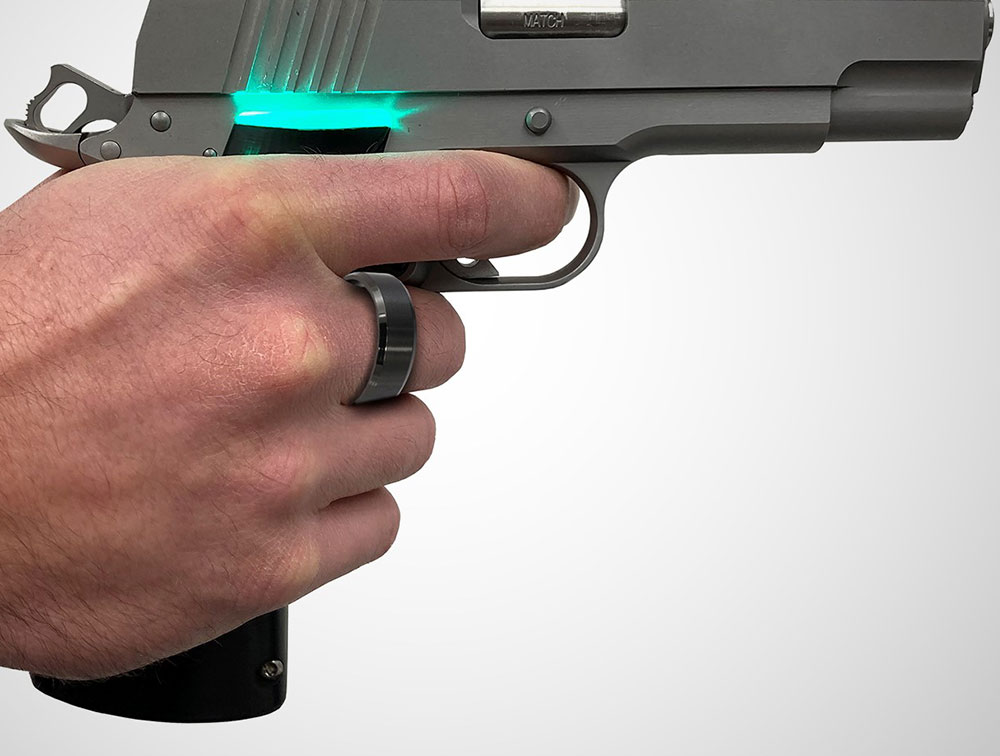 As a lifelong journalist, I spend an inordinate amount of time reading news of all sorts. On the Jan. 11 Reuters news site, I found some interesting information that has seen decades of concern, anticipation and questions among firearms enthusiasts, police, antigunners and lawmakers.

The subject was “smart guns.” We’ve heard of them as a salvation to firearms safety, rendering stolen guns useless, suicide prevention and stopping mass shootings. Add to that list keeping working guns out of unwanted and unintended hands, and away from children.

The Reuters article said: “Personalized smart guns, which can be fired only by verified users, may finally become available to U.S. consumers after two decades of questions about reliability and concerns they will usher in a new wave of government regulation.”

“Both companies hope to have a product commercially available this year,” Reuters reported.

LodeStar says: “A personalized gun is a firearm that only can be operated by its authenticated user and his/her designated associates. Personalization can be achieved using several technologies, e.g., biometrics (fingerprint or face identification), radio frequency identification (RFID) which uses a ‘digital handshake’ between a chip embedded in the gun itself and a corresponding wearable tag on a ring or bracelet, bluetooth activation using a smartphone application and a PIN pad imbedded in the grip.”

Chambered in 9mm, the semiauto firearms have a variety of key features, and LodeStar’s website “ensures you’ll always have safe access to the firearms you count on to protect those who count on you.” The LodeStar pistol, aimed at first-time buyers, would retail for $895.

The firm plans to market law-enforcement and civilian models and includes sizing information for the RFID ring on its order form. The civilian 1911 Sentry model lists for $2,195 with January 2022 delivery. Included are:

The 9mm Sentry 1911 law-enforcement model lists at $1,795 with February 2022 delivery, and emphasizes the weapon’s safety features for use in prisoner transport and incarceration facilities.

In this Gun Talk article, a website image of the Sentry shows right-handed use with the RFID ring on the shooter’s finger. A second website image is the LodeStar showing the chip in the gun’s frame.

The Reuters article also notes that, “Skeptics have argued that smart guns are too risky for a person trying to protect a home or family during a crisis, or for police in the field. The National Shooting Sports Foundation (NSSF), the firearms industry trade association, says it does not oppose smart guns as long as the government doesn't mandate their sale.”

The article additionally reported, “Guns coming to market could trigger a 2019 New Jersey law requiring all gun shops in the state to offer smart guns after they become available. The 2019 law replaced a 2002 law that would have banned the sale of any handgun except smart guns.”

In addition, the article noted that Scott Bach, executive director of the Association of New Jersey Rifle & Pistol Clubs, said, "The other side tipped their hand because they used smart guns to ban everything that's not a smart gun. It woke gun owners up."

“When Smith & Wesson pledged in 1999 to promote smart gun development, among other gun safety measures in an agreement with the U.S. government, the National Rifle Association sponsored a boycott that led to a drop in revenue,” the Reuters article concluded.

In 2014, German company Armatix put a smart .22 caliber pistol on the market, but it was pulled from stores after hackers discovered a way to remotely jam the gun's radio signals and, using magnets, fire the gun when it should have been locked,” Reuters added.

So, with these new advances in “firearms safety,” how will firearms buyers and law enforcement react? And how much of the firearms market can “smart guns” capture?

News and industry reports showed, “The year 2021 is on track to be the second biggest on record for firearms sales, with more than 18 million guns purchased through November, consulting group Small Arms Analytics & Forecasting concluded. That would outpace every year except 2020, when 22.8 million guns were sold.”

Some may see “smart guns” as the answer to effective “gun control.” However, I continue to define “gun control” as being accountable, responsible, competent and knowing where my secured firearms are at all times.

From my standpoint and age, I will continue to rely on conventional and “personalized” firearms I already have, can use strong-side or weak-side and can share with others.

Also, I’m a .38 Special/.357 revolver and a .45 ACP fan, and I’m not convinced the price of “smart guns” with new technology puts them on my bucket list to Stay safe, be prepared. ~ Mike